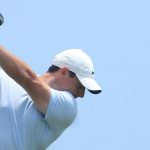 Welcome to Play Smart, a game-improvement column that drops every Monday, Wednesday and Friday from Director of Game Improvement content Luke Kerr-Dineen to help you play smarter, better golf.

KIAWAH ISLAND, S.C. — Rory McIlroy’s game — with its long drives, high-booming draws, and rifling iron shots — is in many ways the prototype for the modern, American golfer. Which is all the more interesting considering Rory is a born-and-raised Northern Irishman, his game forged on windy courses — something that should come in handy this week at Kiawah Island’s Ocean Course.

The wind was blowing in the practice rounds leading up to the 2021 PGA Championship, and pros had lots to say about it. But perhaps no pro had better advice than McIlroy, who won the PGA the last time it was contested at Kiawah Island.

The most common way golfers of all levels play in the wind is to try and factor in the added variable. We all do this pretty intuitively, especially when there’s only a little amount of wind. We feel it blowing into us slightly, guesstimate that it’s probably a 10-yard wind, and take an extra club.

But when the the wind really gets blowing, that doesn’t work as well. There’s too much to factor in, which is why, in these moments, Rory does the polar opposite: He relies almost entirely on feel.

“On days like this you can almost take on too much information,” he says. “It’s almost better to eyeball it instead of having a number.”

Those were the creative instincts Rory was trying to hone on Tuesday. Playing the back nine ahead of the PGA Championship he played one ball and eyeballed most of his shots.

“I try to visualize what I’m going to do, and then I try to replicate what I have just visualized,” he said. “It sort of goes back to playing golf as you did as a kid, without a yardage book, and just sort of eyeballing it and playing it a bit more by feel.”

It’s a good lesson for the rest of us. When the wind blows, accept that your task is perfecting the imperfect. It’s more art than science, so that means feeling your way around the golf course.

How to play golf in the cold: 8 tips for conquering winter golf