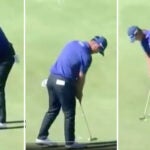 Danny Lee had total meltdown with his putter during the U.S. Open

We have all had our “nightmare moments” on the golf course and can certainly relate to what happened to Danny Lee in the U.S. Open at Winged Foot.

And while the first couple of misses may have come from poor technique, the next three certainly came out of frustration — something all golfers can relate to.

1. Set up is everything

A good set up in all of your golf skills is super important. When it comes to putting, putter face alignment and shoulder and forearm alignments determine proper path.

An open stance, can often cause the path to change and this appears to be what caused his first miss. And this doesn’t mean to say you cannot have an open stance, but your ball position would need to match this so that your forearm and shoulder alignments are correct to produce a good path.

Using putting training aids can help to check putter face alignment as well as body alignments. One of our favorites (and DJ’s, too!) is the Perfect Putting mat, which does what it says, as we wrote here:

“The lines on the mat make it easy to focus on starting your ball on the correct line — a vitally important element of good putting — and the slight uphill feature has two added benefits: First, it trains you not to leave putts short; And second, it allows the ball, once it does drop into the hole, to roll directly back to you.”

You can buy it at Fairway Jockey right here. 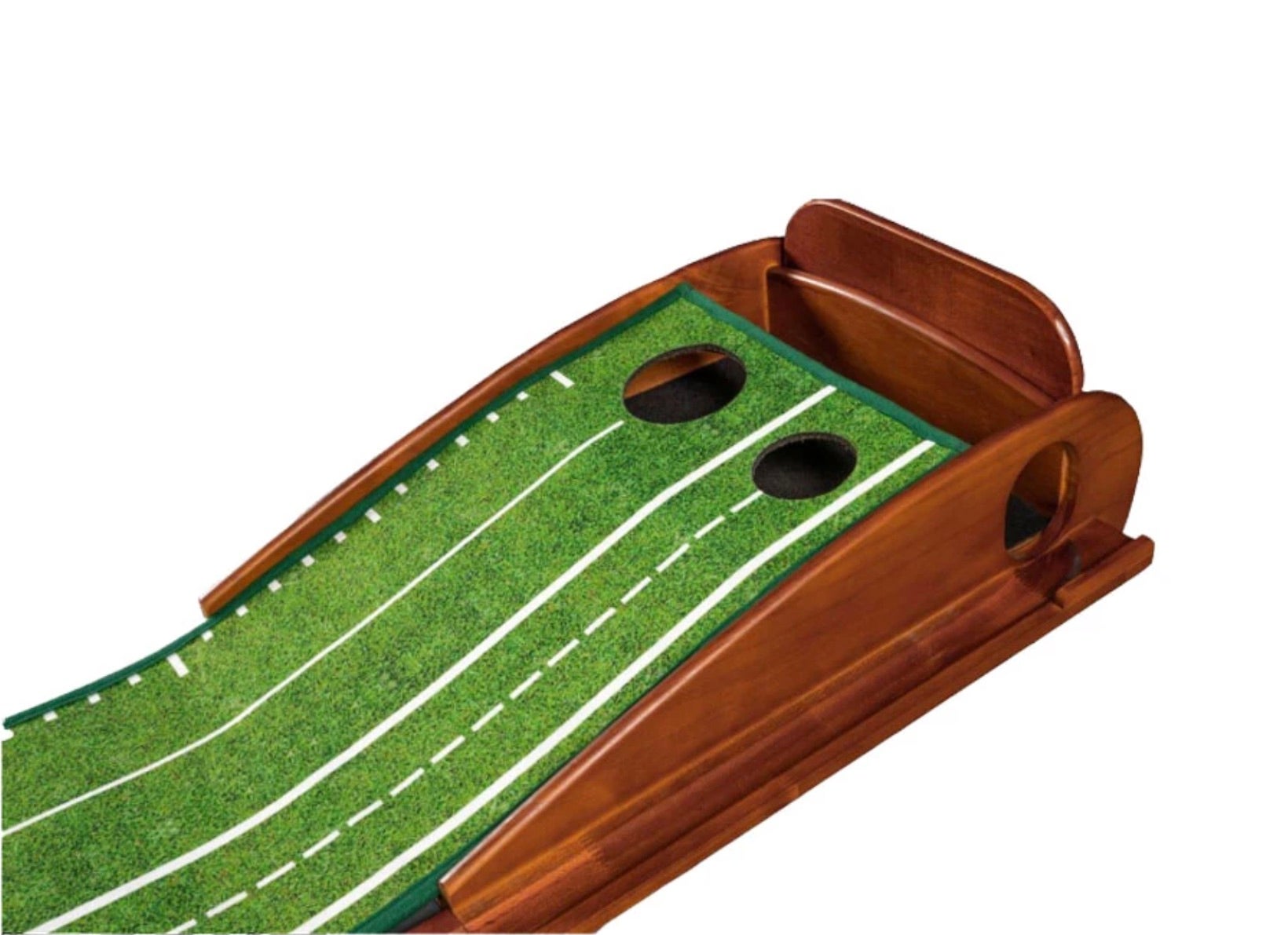 2. Putter face at impact is the key

Aiming your putter face well and maintaining stability throughout your stroke will help to convert a lot of putts and has certainly proven to be a huge measure of success or not when it comes to short putts.

On his second putt, the face appears to close right before impact and this causes the ball to move left

Once again, this is something that can be practiced with training aids, and I am also a big fan of using a chalk line to practice face aim and stability.

3. When you are struggling, slow down!

In every sport I have ever played, I know that feeling of, “This isn’t going so well, so let me hurry and get it over with.” While this may be the instinct, it is about the worst thing you can do.

Slowing down, will typically allow you to calm yourself, catch your breath and think more clearly.

Once Danny missed his second putt you can certainly see this hurry up mentality take over and there is not longer any look of preparation or set up routine.
Learn from this and when you have difficulties, slow yourself down, get back into routine and if you have to change your game plan, you will have the clarity of mind to do so.

4. Have a goal that you can accomplish with high certainty

When we try to force things to happen in golf that may be greater than our skill level, it can sometimes result in problems. If you are struggling with short putts, just trying to roll them close so that they are slowing down around the hole will likely give them a higher percentage chance of rolling in as the ball will be more affected by gravity as it slows down.

You can see Bryson does an amazing job of this on his last putt to win the tournament. Now, he was certainly in the driver seat at this point, but when the ball fell into the hole it barely trickled in and if it had not fallen, it would have been extremely close.

The lesson to learn from this is to lower expectations and attempt goals you can accomplish.

When you have a huge problem with a part of your game, the worst thing you can do is take it personally and carry it with you. Once you have a handle on any particular technique issues that they may or may not be, it can be a great confidence builder to change the club that caused the problem….a new putter in this case.

I have had the opportunity to play with some really great players and they are often really good at blaming outside agencies for failures rather than themselves. To be honest, this is brilliant and it helps to keep and build confidence.

I would like to see Danny Lee do this. Change your putter. Own up to the mistake and move on and every golfer who has played for any period of time will understand.

Why do we all find this story so interesting? I think it is because we all can relate. So much of golf on television is watching the best players play their best golf, but every now and again, we’re reminded that golf brings everybody down to earth.