PGA Tour players make their money on the greens. But what do they actually do when they practice?

ORLANDO, Fla. — Pros pay their bills on the putting green. The difference between winning, missing the cut, and everything in between can be determined by how well you roll the ball on a given week.

With that in mind, it’d probably make sense to take a closer look at how pros spend their time on the putting green. We know they’re working hard, but what are they actually doing?

As far as I can tell, it clusters around three different things, with everyone doing a bit of each. Adopt them into your own practice, and you’ll come out a better putter on the side. 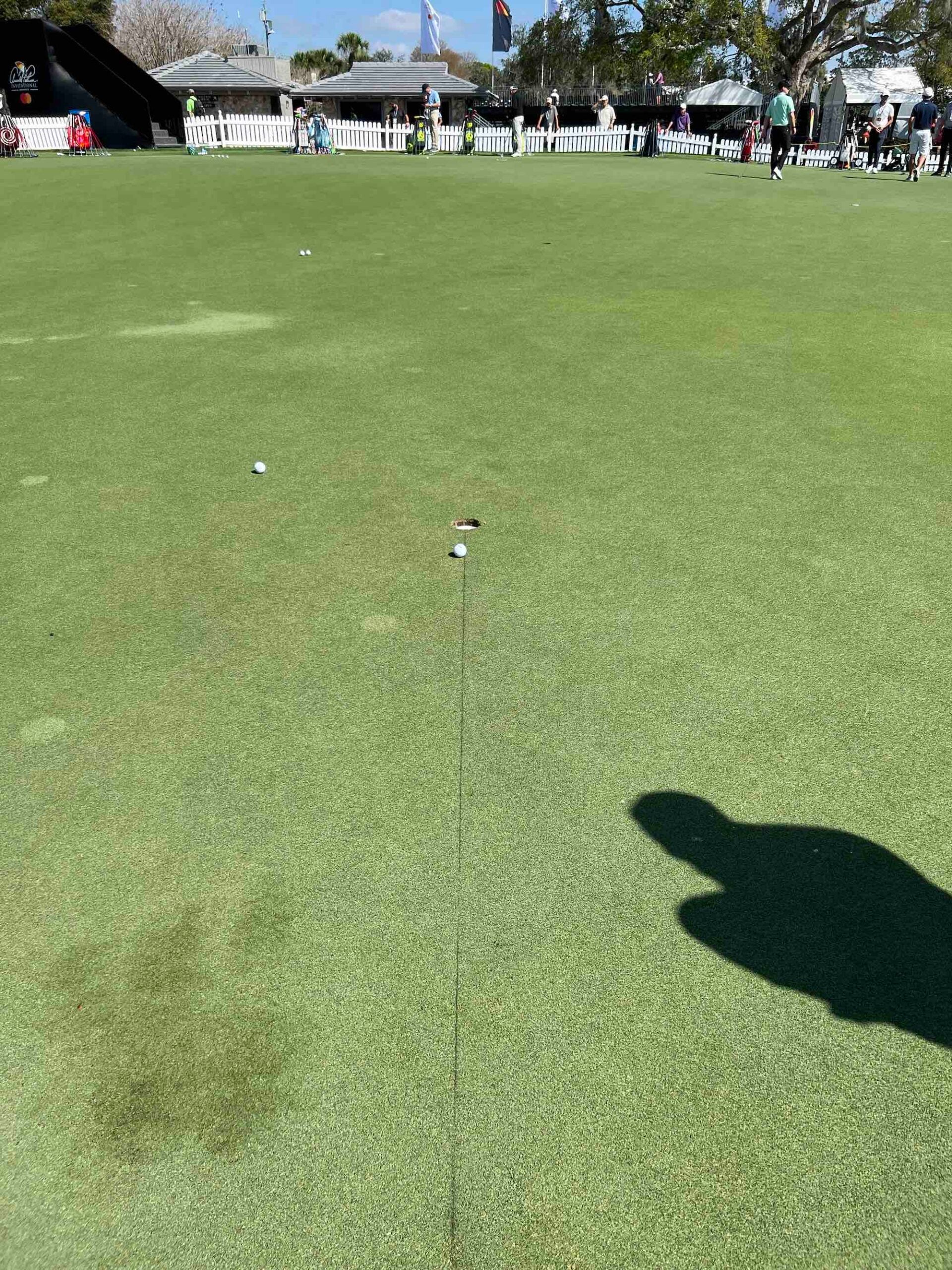 Pros spend a lot of time practicing making sure their ball starts on their intended line. I’d actually say this is the most common thing pros work on when they practice putting — especially before tournament rounds.

They’ll practice this in a variety of ways, usually by using a string and putting underneath it, drawing a line on the green, putting through putting gates, or simply having a coach keep a close eye on them. Whatever they prefer, the goal is the same: Get the ball started where they’re intending. 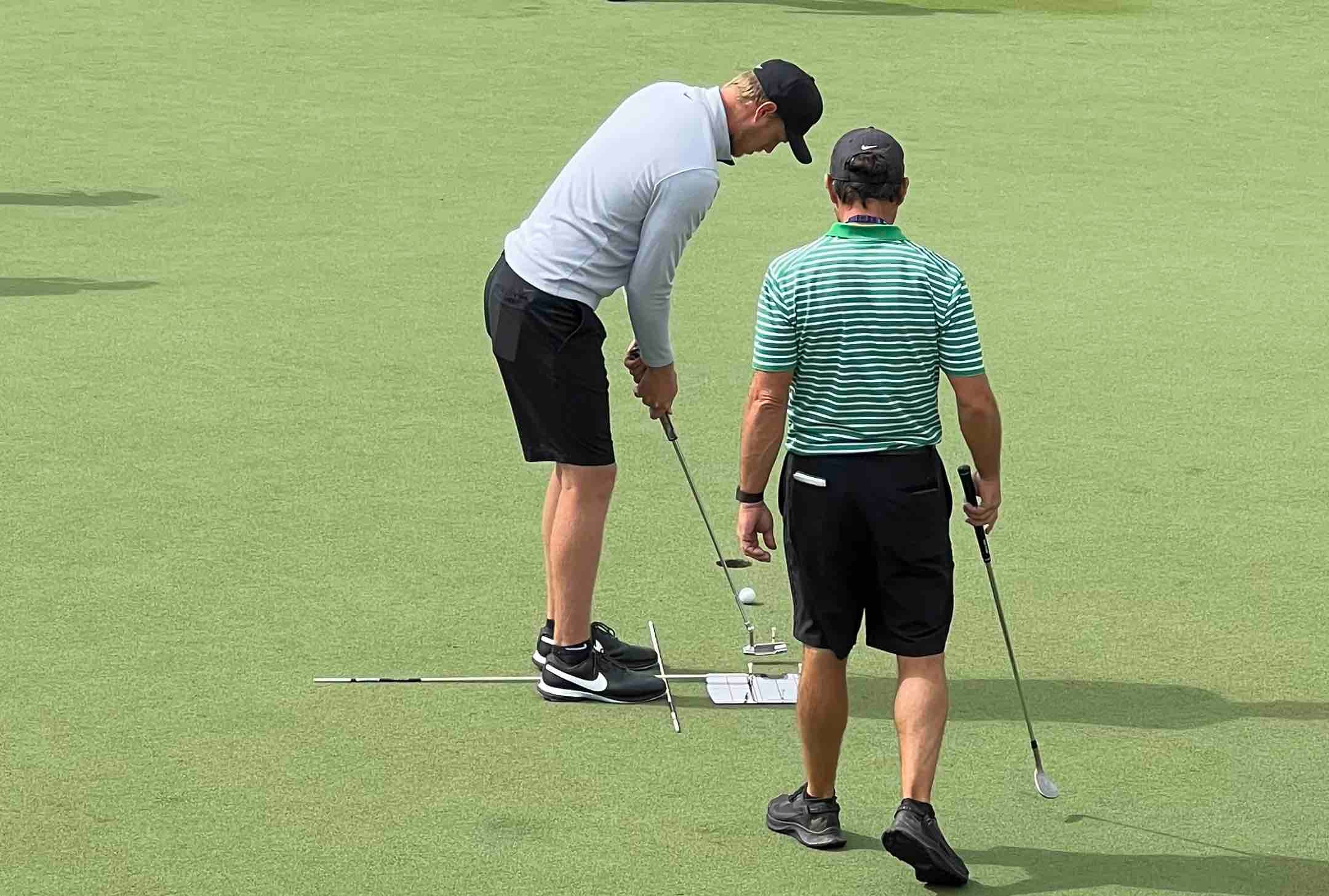 This can be done in conjunction with start line practice, but not exclusively. This kind of practice is more technical in nature, and usually involves a training aid, like a mirror. When pros practice like this, they’re making sure their alignment is in good shape and their eyes are over the ball. Sometimes they’ll even add a drill to work on their stroke.

Generally speaking during tournament weeks, pros will check up on this stuff, rather than look to make major overhauls. Really, they’re just making sure everything is where they want it. 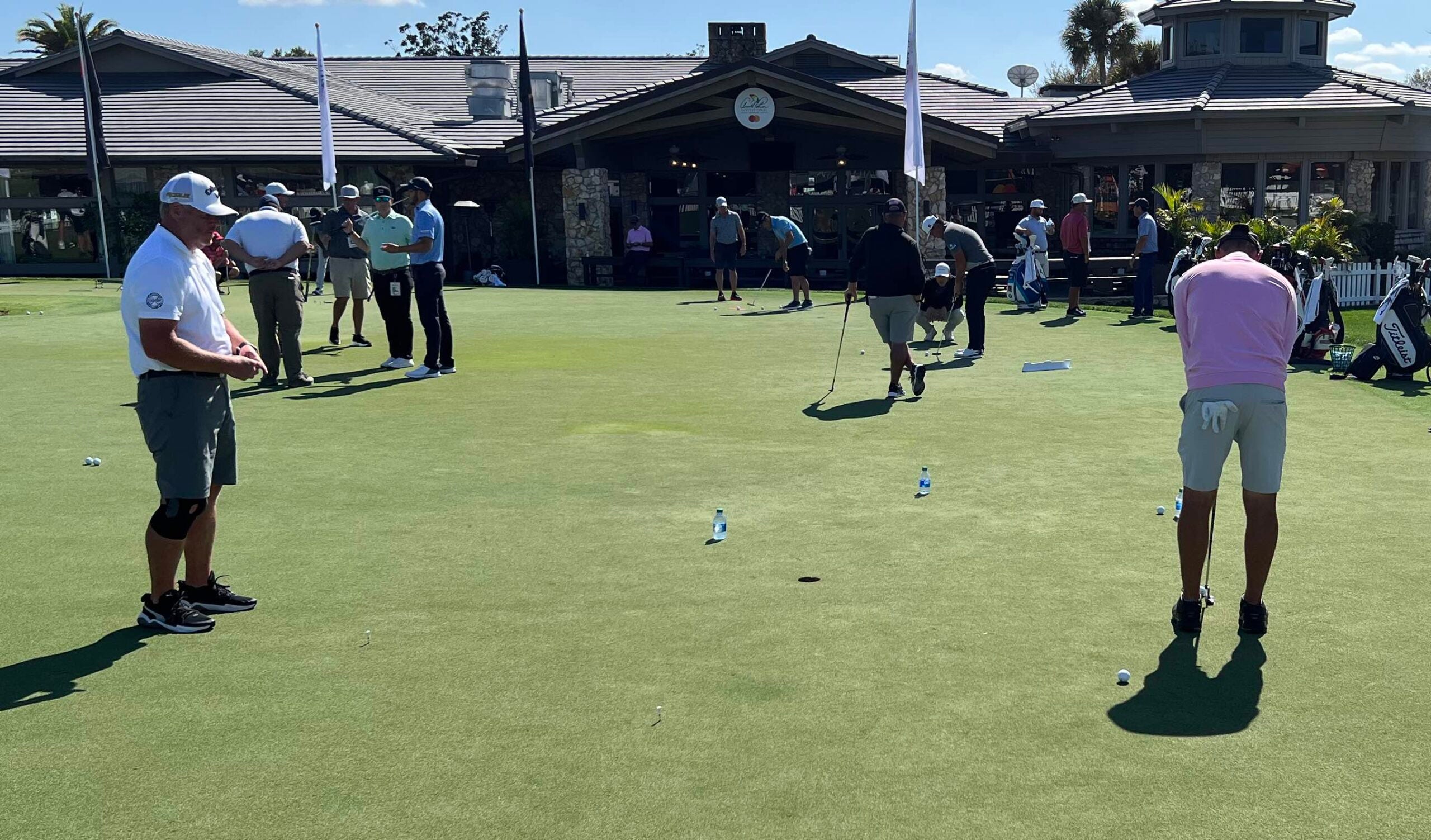 Some pros do this more than others, but they all do it at some point — and coaches will often say it’s the best kind of practice. This kind of practice aims to simulate tournament pressure by giving them a task, or a game, to play.

Usually, pros will do this by surrounding a hole with tees, with the goal of making a set number of putts in a row. Sometimes pros will do it as a ladder: They start with a short putt, and if they make it, they move back to a slightly longer one. If they miss that one, they start again.