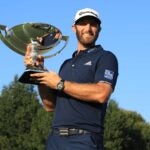 Ever wondered how PGA Tour pros set their goals during the offseason?

I’ve worked with more than 100 Tour players, and I’d estimate that 80 percent have highly specific, mapped-out goals for each season. To my mind, this gives them a competitive advantage versus loosely held aspirations like “I’d like to keep my card” or “I want to play in the majors.” My work with PGA Tour professionals on goal setting usually happens between seasons — which is where a lot of amateurs are right now.

Little-known fact: Tour pros have their own private, behind-the-curtain stat site that offers a granular look at performance. The players I coach often ask me to take a deep dive there and find areas they can shave a quarter of a stroke here and there off their scoring average. It doesn’t sound like much, but a shot a day for the right player could be worth $1 million or more a year.

Pros are highly tuned to their weaknesses and outspoken, too, but they also have emotional blind spots and biases like everyone else. My first job is to comb through the data and identify specific areas where improvement will make the biggest difference, something where my experience comes in very handy; it also helps me make my case when needed. Typically, over a couple of hours and a beer or two, we hammer out goals and a plan for the upcoming season. The first step in making something better is making it important.

Not surprisingly, many of these goals are statistics-oriented, which is nice because they’re both specific and quantifiable. A player might be elite putting from inside five feet but mediocre from five to eight feet. As a coach you always ask yourself, “Is the problem arising from technique, from ineffective training or from both?”

Once that’s assessed, I’ll design training to grow that piece. This often includes three to four skill-development practice games for the player to do each week, the results of which they record in a journal or text to me. Accountability is critical to any plan.

Here’s a full, recent goal-setting example from a PGA Tour player who shall remain nameless:

In big-picture terms, he wanted to get back in the winner’s circle and reach the Tour Championship at East Lake after a considerable absence. To those ends, the stats offered two clear opportunities for appreciable gains. First, cut down the double bogeys. The goal became to reduce his scoring average by 1.2 shots per round — which would vault him into the Tour’s top 10 in Scoring Average — and almost a full shot of that could come by eliminating the big numbers he was making once or twice a tournament. The player, his caddie and I spent significant time detailing what smart targets look like in different situations based on his shot history and how aggressive to be on par 5 second shots, things that have sometimes tripped him up.

The second area of easy potential gains: Drive the ball more effectively. Adding 10 yards off the tee statistically gains a player a half a shot per day. The specific goal became to finish the year in the top 25 in Driving Distance and top 50 in Total Driving. This player already works hard in the gym with his trainer; the path to success involved both a setup and swing change as well as simple intent from the player himself. To date, his driving average has increased 12 yards year-over-year, and
the goals we set are paying off big-time.

I don’t want the player overthinking during a tournament, so we check progress during off weeks. This isn’t all just math. Beyond the numbers themselves, does the player feel like the training is helping or hurting? What pitfalls is he running up against? It’s a fluid process. The goals stay solid, but the path to reaching them evolves, because we’re human.

Speaking of which: While many goals are stats-based and results-specific, others are emotional, like how the player feels when he plays. Here’s a goal we set that people might find surprising: “Master my process.” The player felt he was elite at getting ready for a shot when putting and very poor at it everywhere else. Another was “Play with peace and joy.” Part of that is staying emotionally neutral after a bad shot rather than reacting to it. That’s easy to say and really hard to do.

These human, emotional goals might sound squishy, but they’re extremely important. Without improving on the immeasurable goals, you can’t improve on the measurable ones. My player can’t get better in Strokes Gained Around the Green without fixing his inconsistent and poorly run process.

Even though the human goals aren’t purely quantifiable, we do measure them by attaching a subjective score after each shot. For example, after a lob over a bunker, the player will rate his process on a scale of 1 to 5, with 1 being something like “I was thinking about screwing up” and 5 being confident, undistracted focus on the task. We assess our progress through a debriefing session after each tournament, sometimes with the caddie, too, and accumulate the results over the course of the season. I’ve done this long enough to know that if the plan is good and we all work together and stick to it, the season is likely to end with the player reaching most of the goals we have laid out. I gained 23 yards of distance off the tee — all without even changing my swing. Here's how