Which golfer will make the most money in their career? This new study tells us 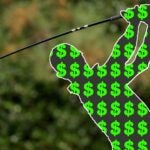 Which pro projects to have the most valuable finish to their pre-50-year-old career? Take a guess.

It’s an entertaining exercise to put ourselves in Dustin Johnson’s shoes. The man just won the Masters and along with it a nice jacket and more than $2 million. As far as 2020 goes, he’s probably the MVG: Most Valuable Golfer.

But looking forward, Johnson is not the most valuable golfer. At least, not according to a new study from consultancy firm Duff & Phelps. That honor goes to Rory McIlroy.

The study is the first of its kind, measuring more than 1000 top pros’ future value until they turn 50 years old. McIlroy, at just 31, with his massive sponsorship deals (Nike, TaylorMade, etc.) and unfailing skills, projects quite highly. And unsurprisingly so. But who else is expected to rake it in over the rest of their 20s, 30s and 40s? Our recent Masters Champion is slotted in at 6th, just behind Xander Schauffele and ahead of fellow Americans Brooks Koepka, Bryson DeChambeau, Matthew Wolff and Patrick Reed. (To be fair to DJ, the data set was polished off at the end of September and doesn’t include his new green jacket and the value that brings along with it.)

So, how did Duff & Phelps reach these estimates? The methodology for the study is based “solely on the present value of each player’s potential future tournament winnings and the endorsement income he could earn in the raining years of his professional career.” In other words, if a player is currently ranked in the top 20, their abilities have taken them that far and will likely continue to deliver similar value, assuming that ranking doesn’t drastically change over the years.

Does that lead to some recency bias within the ranking? Perhaps. Jordan Spieth, who became world no. 1 at an extremely young age, is currently in a lengthy win-drought and has fallen down the World Golf Ranking. On the Duff & Phelps list, Spieth ranks 28th.

But the study is hardly one-dimensional; it accounts for various trajectories and what data from 1996 onward tells us about how careers tend to finish. One interesting finding (but not ultimately surprising) is that players who ascend quickly in the OWGR, ranking in the top 10 by the age of 22, tend to have more fruitful careers than those who reach the top 10 in their 30s.

The study also used private and public data to find a relationship between player performance (rank in OWGR) and future endorsement money. Because of averages and a regression model built into the system, these totals eventually level off. But many things were included in the consideration, even social media following.

At last, the list! Below are the top 20. For the full report, you can read in-depth after downloading here.