Arccos has changed the way I view my own game.

With every shot tracked and every putt logged, the user can track their round on their smartphone via the Arccos Caddie app. The technology uses sensors in your clubs to send feedback to the app which tracks the location of each shot with GPS. At the end of the round, you’re provided with insights into what you did and didn’t do well, with an additional strokes-gained feature to compare yourself to your peers.

“This is a significant leap forward in golf analytics,” said Sal Syed, Arccos Co-Founder and CEO. “The beauty of our new SGA platform is we take complex data and simplify it. The result is unmatched personalized insights for golfers of all skill levels.” 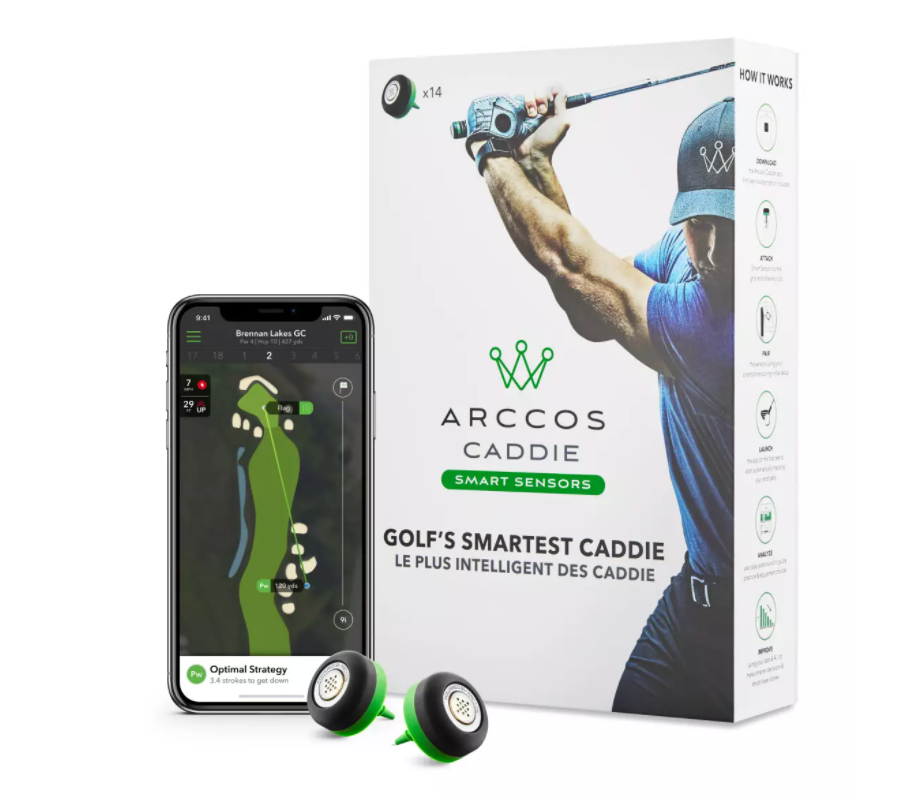 Now, the way I play golf is more Bubba Watson than Bryson DeChambeau. I’ve never had any formal swing training and the extent of my “analytics” in the past was logging my GIRs and putts per round. I’m a words guy, not a numbers guy — I went to journalism school, after all! So, when I was sent a set of the Arccos sensors to try out, I was skeptical. But over the last 12 rounds that I’ve used them, I’ve become hooked.

One of the first things that I enjoyed about the sensors is the GPS feature giving me accurate yardages on each hole. Before, I was someone who still walked off their yardages on each hole. But now, I simply grab my phone out of my pocket, and I’ve got the number instantly. (Another great option for helping you dial in your yardages, and read greens, is GolfLogix, which is owned by GOLF’s parent company, 8AM Golf.)

I also enjoy the ability to reminisce on my rounds after the fact. One of the most enjoyable things about golf is sitting around after you play and discussing your heroics (or lack thereof). With Arccos, that post-round recap becomes a lot more in depth. Remember that 7-iron I hit on No. 8? What about that bomb I made on 18, it was at least 25 feet!

However, the best part of Arccos is their strokes-gained feature that debuted earlier this year. You see all the pros ranked on their strokes gained in various areas, and with Arccos you can get that same feedback compared to players with similar handicaps. For example, I’ve always known I was a good putter, but now I can see that over my last five rounds I’ve gained two strokes per round on the greens compared to a typical 7 handicap.

That strokes-gained feature also shows me areas of my game where I’m weak. I drive the ball relatively straight, which I used to think was a huge benefit. But according to Arccos, that benefit isn’t as great as I thought. Because of my length off the tee, I lose .7 strokes per round with the driver. Now I know I need to add some yards if I want to really get the most out of my driver.

My only gripe with the product was the necessity to hold my phone in my pocket during the round to record my shots. I’m one who likes to put the phone away during my round, so having a clunky iPhone in my front pocket wasn’t my favorite thing in the world, but I did get used to it. Luckily, Arccos also sells a wearable Caddie Link system that records the shots and sends them to your phone. It simply attaches to your belt or pocket and is unnoticeable — perfect for someone who likes to unplug during the round.

All in all, the Arccos shot-tracking system surprised me. The newest golf technology was never something I dabbled in before, but now that I’ve seen the kind of insights I get into my own game, I’m convinced. If technology is what I need to improve, then so be it. Data is an important element of the game, and if you aren’t embracing it, you’re leaving strokes out there every time you play.