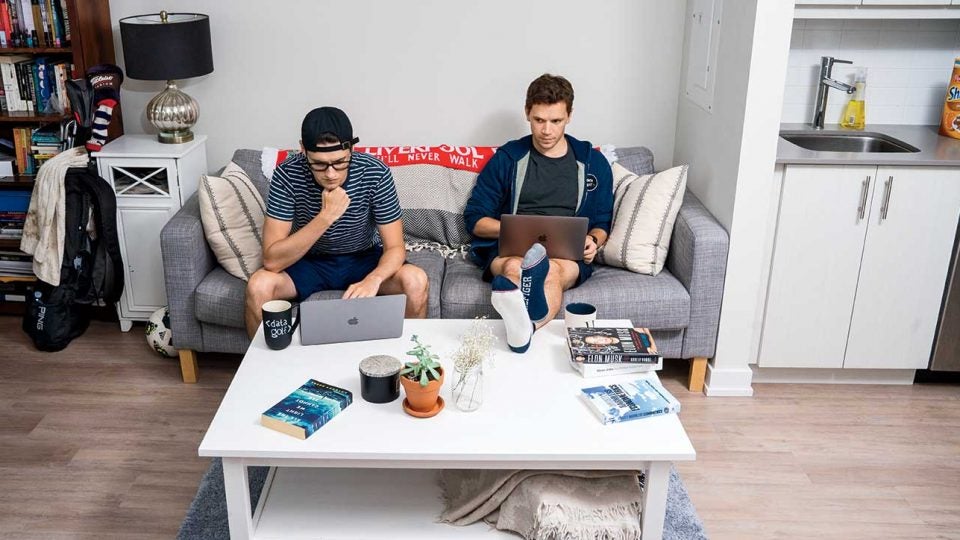 Matt (left) and Will’s living room is typical of many a Millennial abode. The data they analyze and the way it’s presented? Anything but typical.
Anya Chibis

Where the golfverse and Twitterverse intersect, more than 13,000 people are following @datagolf these days. Those aren’t Taylor Swift social-media numbers, but momentum is on the upswing for Data Golf (datagolf.ca), the creation of brothers Matt (28) and Will (26) Courchene. The data analytics on the Courchene’s site won’t help you shed strokes during your own toils on the course, but if you’re a fan of the professional game and into data or betting, you’ll find the information on Data Golf’s site both intriguing and a hell of a lot of fun — they do analytics quite unlike anyone else out there.

The most popular attraction on DataGolf.ca of late is the live model of every PGA Tour and PGA European Tour event. Every five minutes, the model updates the probabilities of every player’s chances in the tournament — an unparalleled perspective on how the tournament is unfolding. The site will also mesmerize you with spectacular data visualization, such as comparing the all-time earnings leaders on the PGA Tour from 1990 through 2018, and a course history tool so you can sort out your horses for courses.

Data Golf is based in Toronto, and started out as a blog in the summer of 2016. As boys growing up in Canada, Matt and Will were avid golfers and golf fans. As they accumulated data and analytics knowledge during their college years, “We thought that golf could use different types of media content other than just round recaps,” says Will. “Obviously, Mark Broadie had done a lot of stuff, but we didn’t see it being used that much, and thought there was a hole in the space. We started an analytics blog, and people found it kind of interesting, I guess.” As the algorithm that led to the live model evolved from its start two years ago, the brothers have incorporated a way to fairly compare scores across the U.S. and European Tour. “That’s important, because it’s a stumbling block for a lot of people,” says Matt. “And, generally, European Tour events have weaker fields, so comparing Strokes Gained across the tours isn’t a fair comparison.” Data Golf’s “True Strokes Gained” is adjusted for the strength of the field in a given event.

In conversation, Matt and Will Courchene’s banter and humor flow as effortlessly as you might expect from two brothers who seem to genuinely enjoy the other’s company. Each has a master’s degree in economics, which is a subject not indirectly tied to what is likely to lead to the continued growth of their business — Data Golf’s analytics have substantial implications for betting on the Tour. The gambling aspect isn’t paramount to the Courchenes (“We’re continually trying to add to the available content perspective for golf fans,” says Will), but it is a way to monetize their efforts.

Through mid-July, the Data Golf betting model was beating the betting market, and like other aspects of the site, it is a work in progress. “Ours puts a lot more weight on a player’s long-term form than, say, short-term form or course history,” says Matt. “We aim for our model to offer a really solid baseline every week, because golf is such a fickle game. There are always ways you can improve upon our model problem by knowing things like when a player is struggling with their health or in their personal life, and sometimes you can just learn a lot from watching somebody play golf—but you can also get misled. Our model is pretty simple, and it’s focused on doing something mathematically sound with a long stretch of scores for each player.” 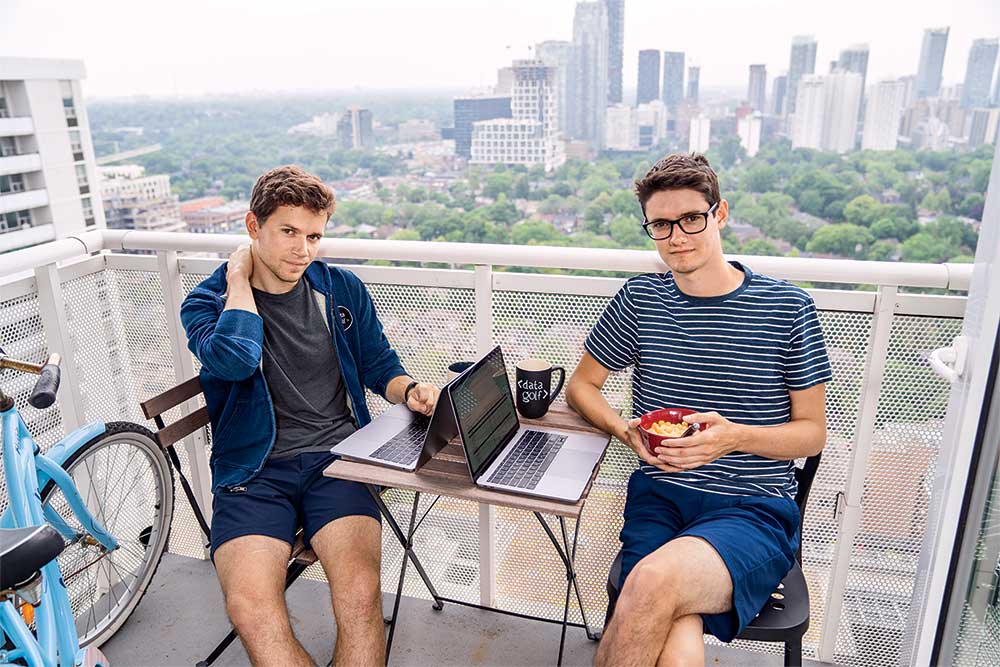 Data Golf’s betting model “never finds value at the top of a field in terms of winning tournaments. Those guys get all the juice because people know them, but our motto is we don’t bet on winners because that’s always a long-shot bet. We don’t want massive swings in our betting results, so we mostly bet top 20 because those will hit more frequently and you can get some consistency in your results.”

The players the betting model focuses on have consistently mediocre finishes that go unnoticed by casual fans. For example, the model was big on Patrick Cantlay before he broke out, and recent stalwarts in the model include Peter Malnati and Denny McCarthy. “For about a year, McCarthy has been a half to a full shot better than the average PGA Tour player,” says Matt. “He’s playing super consistently, but he never wins. We’ll always snap up a player like that, until they win — and then the model probably won’t like them for a while.”

And how would the model currently assess their own games?

“We both have experienced exponential declines in the quality of our game,” says Will. “I just can’t hit a good shot anymore. We’re both scarred by the game, but get dragged back into it from time to time. Like for everyone else who isn’t on the PGA Tour, it can get pretty rough out there.”