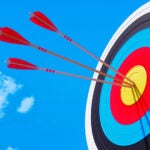 This simple tip will help you hit more greens.

I was talking to PGA Tour player Marc Leishman a few months ago, and I did what I often do whenever I snag a few minutes with one of the best golfers in the world: I try to figure out what makes them so good.

The topic on this occasion was something I get asked about by my fellow golfers all the time: What’s the secret to breaking 80 consistently? The instant the question was out of my mouth, Leishman’s answer came flying out of his, as if this was something on his mind.

Dial in your game in the Pro Shop “If you’re serious about breaking 80 you should honestly never aim at a single pin,” he said. “Go for the middle of every green, and you’ll leave yourself a lot of 25-30 footers. We [PGA Tour players] would be happy with that. It’ll be hard to make big numbers from there.”

The idea of aiming away from pins and into the middle of greens — a strategy popularized in recent years by the Scott Fawcett’s analytics-driven DECADE Golf system -— is perhaps more commonplace on the PGA Tour than it is among everyday golfers, who tend to aim-and-fire at the pin without much thought of the potential consequences.

Golfers will hit more greens if they forget about the pin and aim for the center, plain and simple. But I was reminded of Leishman’s comments in a different context over the weekend thanks to another DECADE golfer, Lou Stagner, and it’s a simple-enough rule to remember every time they tee it up.

When the pin is at the front of the green, aim for the back

That’s it. That’s the rule. Told you it was simple. Here’s the 13th at Harbour Town Golf Course on Hilton Head Island, S.C., for example. It’s one of my favorite greens in all of golf, and a perfect illustration for why this rule can help you.

The 13th hole at Harbour Town is a short one — just over 370 yards — which is good, because approaching the green is a treacherous one. The front of the green is about 30 feet wide and surrounded by a horseshoe bunker, but as you get further back, the green fattens to more than 65 feet and the bunker ends.

On Sundays, they usually tuck the pin way up front. With a wedge in their hands, pros and amateurs alike often get tempted to try to get cute.

Let’s take an in-depth look at the green courtesy of our sister company, GOLF Logix (Ed. note: GOLF.com and Golf Logix are owned by the same parent company, 8am GOLF) and Google Earth:

Amateur golfers almost never miss long, for two reasons: First, because they rarely take enough club. Recreational golfers usually make the cardinal sin of calculating their distances based on their perfect shot, instead of their average one, so they come up short far often than they could. And second, because a mid-handicapper’s miss usually includes some element of a mis-hit, rather than a flushed shot in a certain direction.

All of which underlines why golfers shouldn’t simply aim at the pin and fire.

Sure you may hit it perfectly, but you’ll probably hit it either a little short, left or right, which each time will leave you with a short-sided bunker shot to a tucked pin on a narrow green.

Which is why you should follow the golden rule of trying to hit it on the back of the green when the pin as at the front of the green.

Let’s say you shoot the number to the pin, and then automatically take two extra clubs. Put simply, through one decision, you’ve automatically brought more good ‘misses’ into play.

If you flush it, you’re hitting the back of the green.

If you hit it short but straight, now you’re probably on the front part of the green (and near the pin) rather than the bunker.

If you hit it a little left or long, you’ve got a chip with lots of green to work with.

If you miss it a little to the right, you’ve got a more difficult chip but still manageable (hence the orange line).

And if you hit it really poorly, you’ll have the same bunker shot you would’ve been facing if you had a below-average miss with less club.

A bit like simply driving past an erratic car on the road, rather than navigating alongside them, this is a simple solution to what can be a tricky problem. And it bears out in the statistics, too. As Stagner notes below, PGA Tour players hit more greens when the pin is tucked in the back rather when they’re tempted to chase front pins.

So aim for the fattest part of the green during the best of times, and when the pin as at the front of the green? Remember this article, forget about the pin and club up. You’ll thank yourself, later.