Rory McIlroy is, in many ways, built like the prototypical PGA Tour player.

He’s not the tallest out there, but he’s built like an elite-level athlete. If somebody pointed him out and told you he played in the Premier League, you’d probably believe it, and his launching, athletic golf swing is one his fellow players stop on the range to see for themselves, no matter how many times they’ve seen it before.

But it’s somewhat easy to gloss over that it didn’t always used to be this way. When he first came out on Tour, Rory rarely worked out and almost never monitored his eating. It was actually an injury that prompted his physical transformation, and he hasn’t looked back since.

It’s an interesting golf “What if?” to suppose Rory never got injured in 2010. That was the year he herniated a disk in his back which, rather counterintuitively, turned out to be a good thing. On the advice of his doctor he hit the gym, got healthy and won his first major the next year.

“I had some bone edema in the vertebrae, and the doctor said to me if you let this go any longer, that could turn into a stress fracture and that could put you out for a long time,” Rory said, speaking during 2020 U.S. Open week. “It was more out of necessity than anything else. … How fast and hard we swing at it, you have to at least do something in the gym to prevent injury.”

An injury is something no player would ever wish for, but in Rory’s case, it’s an inspiring example of using a bad moment to come back better than ever. 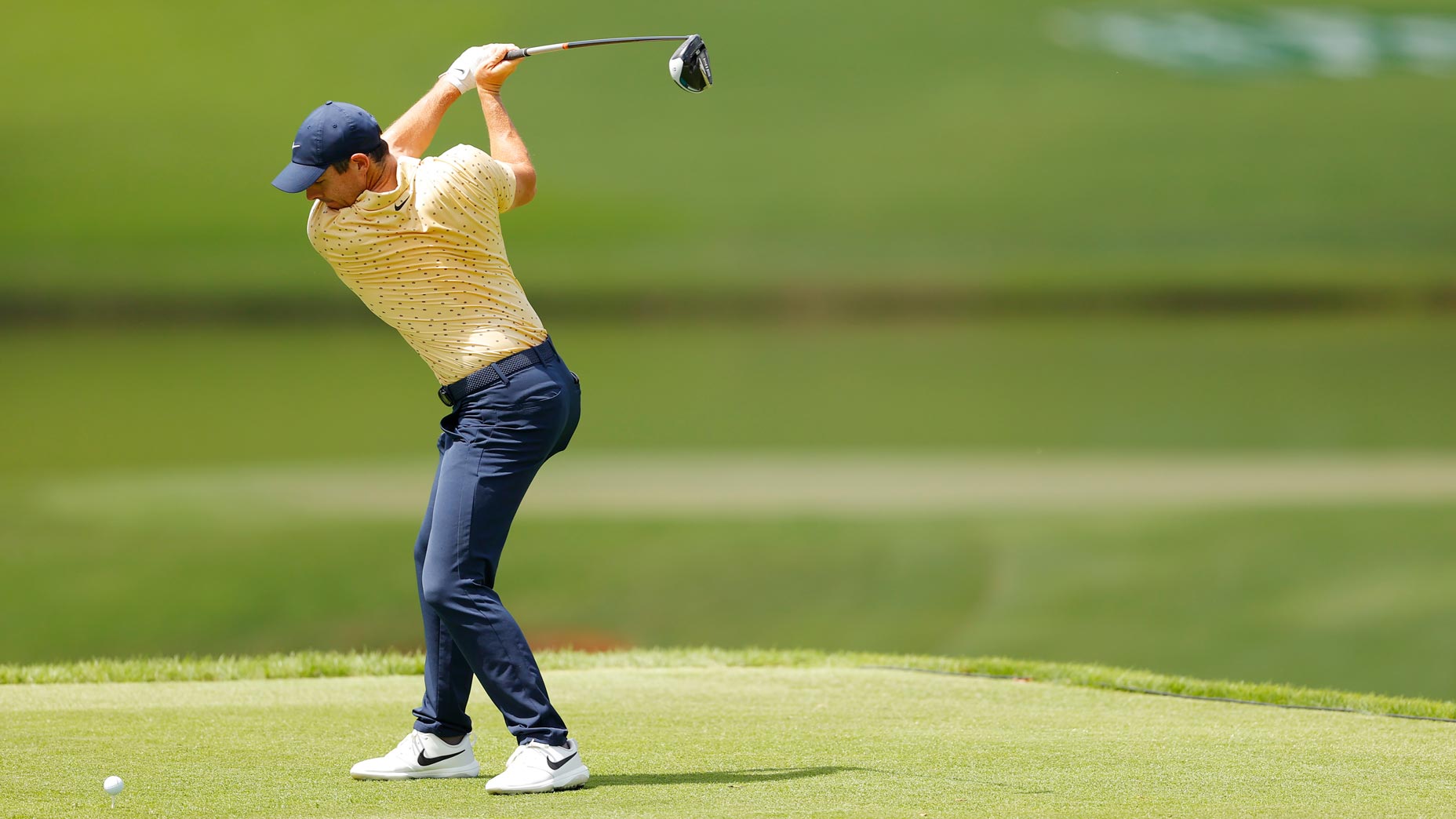 2. To improve his golf swing

While avoiding injury was the primary reason Rory started prioritizing a healthy, active lifestyle, his second point was equally as interesting: He wanted to use it as a way of improving his golf swing.

Rory’s issue early in his career is that he was very flexible but didn’t have much strength. And while we often regard lots of flexibility as a good thing, it’s a double-edged sword. You don’t have enough strength to manage that flexibility, your golf swing can veer out of control and create stress in different parts of your body.

“I wanted to get stronger and build up a little bit of robustness in my body,” he said. “Honestly, make myself a little less flexible, a little stiffer, that was one of the reasons. I had so much movement in my hips and in the lower part of my spine that there was not enough stability to protect the joints and the discs and the vertebrae.”