Tour Fitness Coach: These 6 exercises can save your game

One of golf’s hottest fitness coaches, Kolby Tullier, doesn’t just preach the benefits of his carefully crafted workout regimens. He guarantees them. Game-changing results are here for the taking.

Kolby “K-Wayne” Tullier has a rapper-style nickname and, if so inclined, could name-drop to impress any MC. We’ll do it for him: Tullier’s clients include Justin Thomas, Harold Varner and Lucas Glover among his 10 or so PGA Tour pros, and Jessica Korda, Michelle Wie and Lexi Thompson among a similar stable on the LPGA. Mind you, that’s just in golf — Kolby also trains the NFL’s Cody Parkey and Demaryius Thomas, as well as MLB pitcher Will Harris.

Having turned a boutique facility into a jacked-up juggernaut in his native Baton Rouge, La., Kolby moved to south Florida three years ago to become director of sports performance for golf fitness maven Joey Diovisalvi, aka “Joey D.” Ham-and-egging it like Salt-N-Pepa, together they’ve had three World No. 1s, eight majors, a FedEx Cup and a trio of POYs. Now, Kolby’s got your back — and abs, glutes and quads — starting with the total game improvement regimen beginning at right, the first of a monthly series to get you in proper golf shape and enjoy your best year ever.

“Commit to the exercises here for 30 days and you’re going to play better golf,” says Tullier. “It’s almost foolproof. You’d be amazed how many even high-level players are using only half their body’s potential. Incorporate what we’re doing and it’s a game-changer.”

Get on your hands and knees, arch your back as far as you can, like a cat. Then drop the back as low as you can, like a cow. Benefit: This exercise increases flexibility around the entire spine — the most essential improvement for playing better golf.

Place an exercise band around both legs, just above the knees. Get into golf posture. Bend one leg back 90 degrees, abduct it out to the side, then return it to that bent-leg starting position. Benefit: You’re firing both glutes independently, creating stability and better balance.

Secure exercise bands behind you as shown. Lift one leg as if ascending a stair, holding balance to activate your core. Push the band’s handles forward to extension, then return. Benefit: Strengthening your core, chest, shoulders and triceps increases swing width and path control.

From a staggered stance, pull back an exercise banda, like an archer setting his arrow, switching from one arm to the other to add rotation. Benefit: Creates stability and strengthens your back, biceps and thoracic spine, fueling a bigger turn.

With a club either above your head or across your chest, do lunge steps without the back knee touching the ground, adding a rotation of the upper body in the direction of the lead leg each time. Benefit: Increases leg strength as well as mobility and stability in the lumbar and thoracic spine — a must for swinging your best.

6. Side plank reach through with rotation

From a side-plank position, reach your free arm up to the sky, keeping everything else stable. Then rotate that arm down and through the gap between your body and the ground, and repeat. Benefit: This core-strength exercise will prevent swaying off the ball and increase rotation for more power. 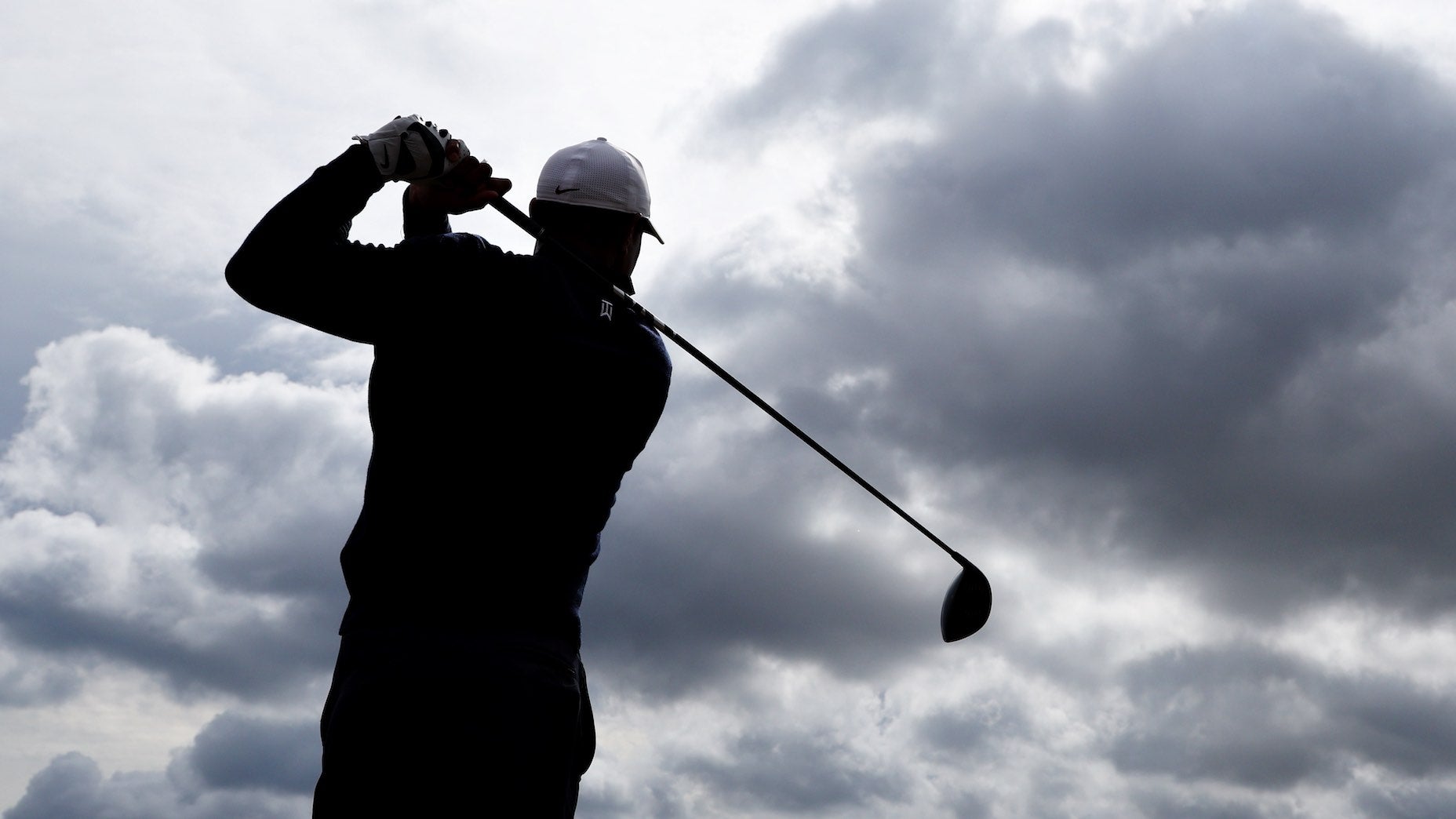