Are Tour winners more likely to be elite ball-strikers or short-game wizards? 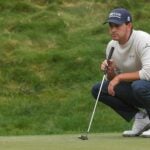 Are Tour winners likelier to be wizards around the green or wonder boys from tee to green?

Patrick Cantlay’s win at the 2021 BMW was historic, and not just because it earned him the nickname “Patty Ice.” It also put him in the record book for putting. Cantlay gained 14.6 strokes on the field with his flatstick (and 15.8 strokes overall) for the week, the most of any player in any event in the ShotLink era.

Bryson DeChambeau gained 15.8 strokes on the field as well (with a gain of 9.4 strokes from his putting), and so the two men went on to a playoff. On the sixth extra hole of their memorable head-to-head, Cantlay sank a birdie putt from 17 feet and then watched DeChambeau miss a bid to tie.

Putt for dough! On the face of it, Cantlay’s performance — a hint of the flatstick prowess that, in part, carried the Ryder Cup rookie to a 3-0-1 record at Whistling Straits — seems like proof of that adage. But is it, really? As with so much else in golf and life, drawing a general conclusion from a single instance is problematic. Yes, Cantlay won and he putted superbly. But there are many examples of players who win while putting poorly. One notable instance involves Vijay Singh, who captured the 2008 WGC-Bridgestone Invitational despite losing 4.5 strokes to the field with his putting.

First, some less than shocking observations. A winner on the PGA Tour is one of the best golfers in the world, playing even better than to their usual lofty standards. But which aspects of their game give them the winning edge? To learn more about winning, it pays to examine the season-long skills of winners.

Which group had a better season-long performance? Ball strikers, by a healthy margin.

The guys who shined in driving and approach shots won tournaments at a 50 percent higher rate than short gamers. Ball strikers also finished in the top 10 at a 48 percent higher rate and earned 60 percent more world-ranking points per event than short gamers. Players in the ball strikers group in 2021 were Bryson DeChambeau, Viktor Hovland, Corey Conners and Paul Casey. In other seasons, they included Adam Scott, Bubba Watson and Rory McIlroy. Players in the short gamers group in 2021 were Cameron Tringale, Brian Harman and Kevin Na. In other seasons, their ranks included Brandt Snedeker, Jonas Blixt and Brendon Todd.

What explains these results? For starters, players with larger season-long Strokes Gained totals win at a higher rate, and ball strikers have the advantage there; they gained more strokes overall (1.6 per round) than the short gamers (0.8 per round). What this tells us is that there’s more separation between the best and average ball strikers than there is between the best and average short gamers. The second reason involves how players “up” their game.

We know that better putters are more likely to have great putting events than average putters, but average putters can have great putting events on occasion. In fact, my analysis of the ShotLink data shows that average short gamers (with great ball-striking) have great short-game events more than twice as often as average ball-strikers (with great short games) have great ball-striking events. (I measure “great events” by a Strokes Gained exceeding the average of Strokes Gained of winners.) Put simply, it’s more likely that Rory McIlroy will have a lights-out putting event, as he did at Bay Hill in 2018, than it is that Kevin Na will have a lights-out driving event.

There are many formulas for success in golf, and there’s something appealing about seeing a David such as (insert name of your favorite short gamer) slay a Goliath (insert name of your favorite ball striker). But the best of the best aren’t one or the other. They are great ball strikers and great short gamers. (Tiger Woods comes to mind.) In other words, they putt and drive for dough.