Will Zalatoris technically isn’t even a PGA Tour member yet, but his play at golf’s highest level over the past year has made it seem like he’s been there for year. He vaulted at one point into the top 30 of the Official World Golf Ranking, finished solo second at the 2021 Masters, and collected more than $3.4 million in prize money.

The engine of Zalatoris’ rise has been his ball-striking: 23rd in Driving Distance, 8th in SG: Approach, and 12th in SG: Tee-to-Green. He’s also, alongside Max Homa, recently partnered with Gillette deodorant to help golfers improve their own games: As part of Gillette’s new “72 Club,” any golfer who signs up using TheGrint and shoots a net-score of 72 will receive special prizes from Gillette Deodorant.

“We’re taking your everyday golfers, people who work on their games throughout the summer, and giving them a goal to shoot a net-score of 72,” he says. “It’s pretty cool, trying to help everybody else improve their games.”

And he’s got two snippets of advice from his own game to help you do just that.

When we go to the range, we can’t hit balls fast enough. It’s like pulling the handle on a slot machine. You don’t know what you’re going to get, but you wont waste anytime doing it. From an early age, Zalatoris did the opposite. He’ll make abbreviated and full swings in slow motion.

“Whenever I’m working on something I rarely ever do it full speed. A lot of slow motion work,” he says. “It’s something my dad really drilled into me growing up. It helps me with my body awareness and matching stuff up.” 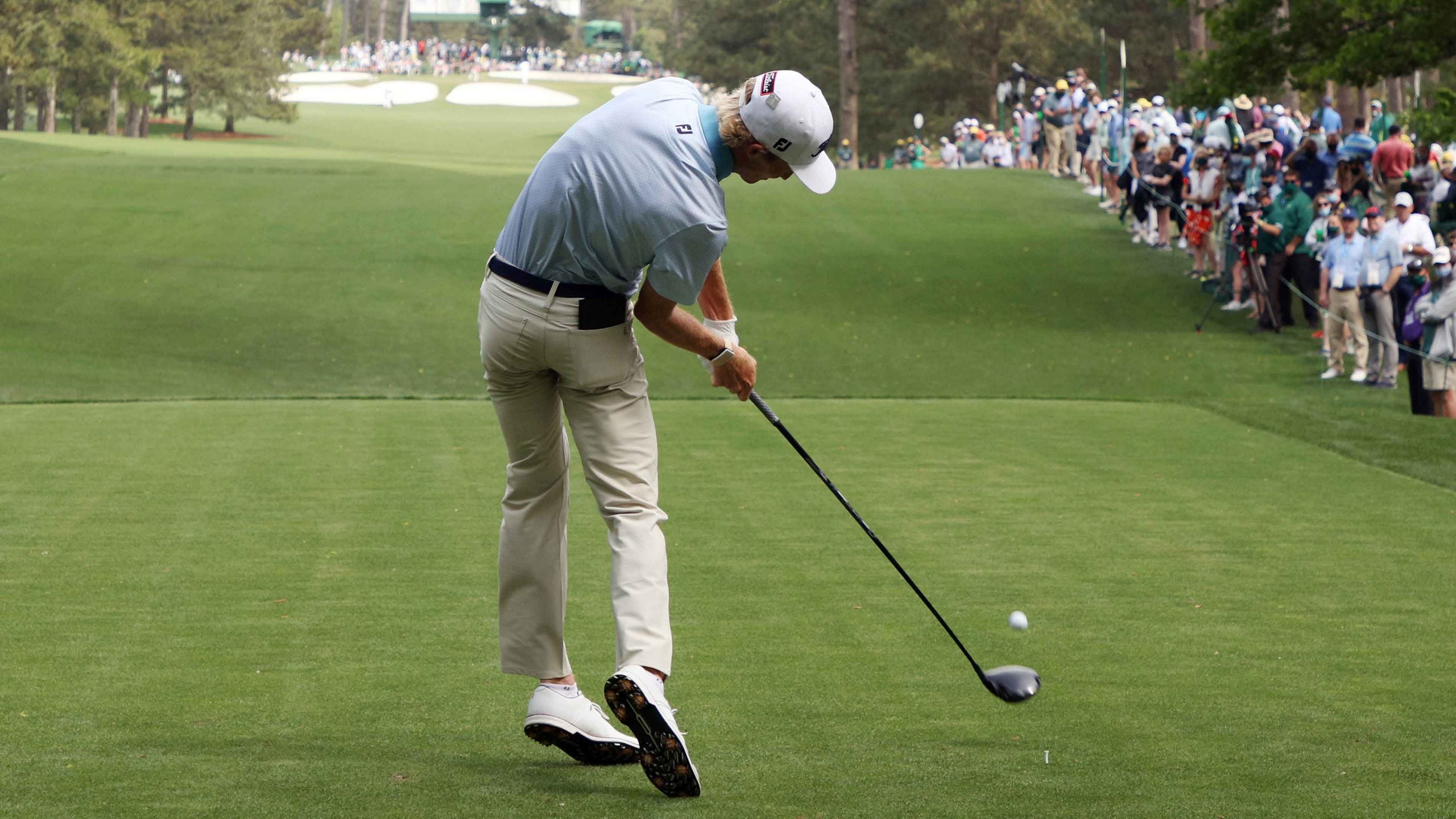 A wonderfully simple solution that Zalatoris goes to often. And when that’s not working, he’s got a another go-to drill that helps him straighten out the shots when they get wayward.

“If I’m ever having issues with my start lines, I’ll start alternating cuts and draws on the range,” he says. “I’ll take a six iron and cut, draw, cut, draw…That neutralizes my club path, and also gets my timing back.”

And if you’re worried that you may not be good enough to try hitting draws and fades, it’s time to disregard yourself of that notion. It may seem like a scary proposition at first, but simply trying to hit the ball both ways will improve your swing and give you more control over your ball flight.

Struggling to make good contact? Get fit for irons by the experts at our affiliate company, True Spec Golf.