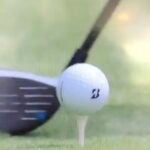 Take notes; you can learn a lot from this picture

The BMW Championship was marked by tough conditions and brilliant putting down the stretch. So brilliant, in fact, that it’s worth giving them a quick re-watch.

Experts pegged the chances of a making a putt like this at about 3% (at best), with a nearly 30 percent chance of three-putting.

Yet DJ made one to force a playoff…

Then Rahm made one to win the playoff…

But all the brilliant putting aside, one of my favorite clips from the event was this super slow motion close-up video of Tiger’s clubhead moving through impact.

It wasn’t the best shot in the world, but you can learn a lot from it. Here’s why. 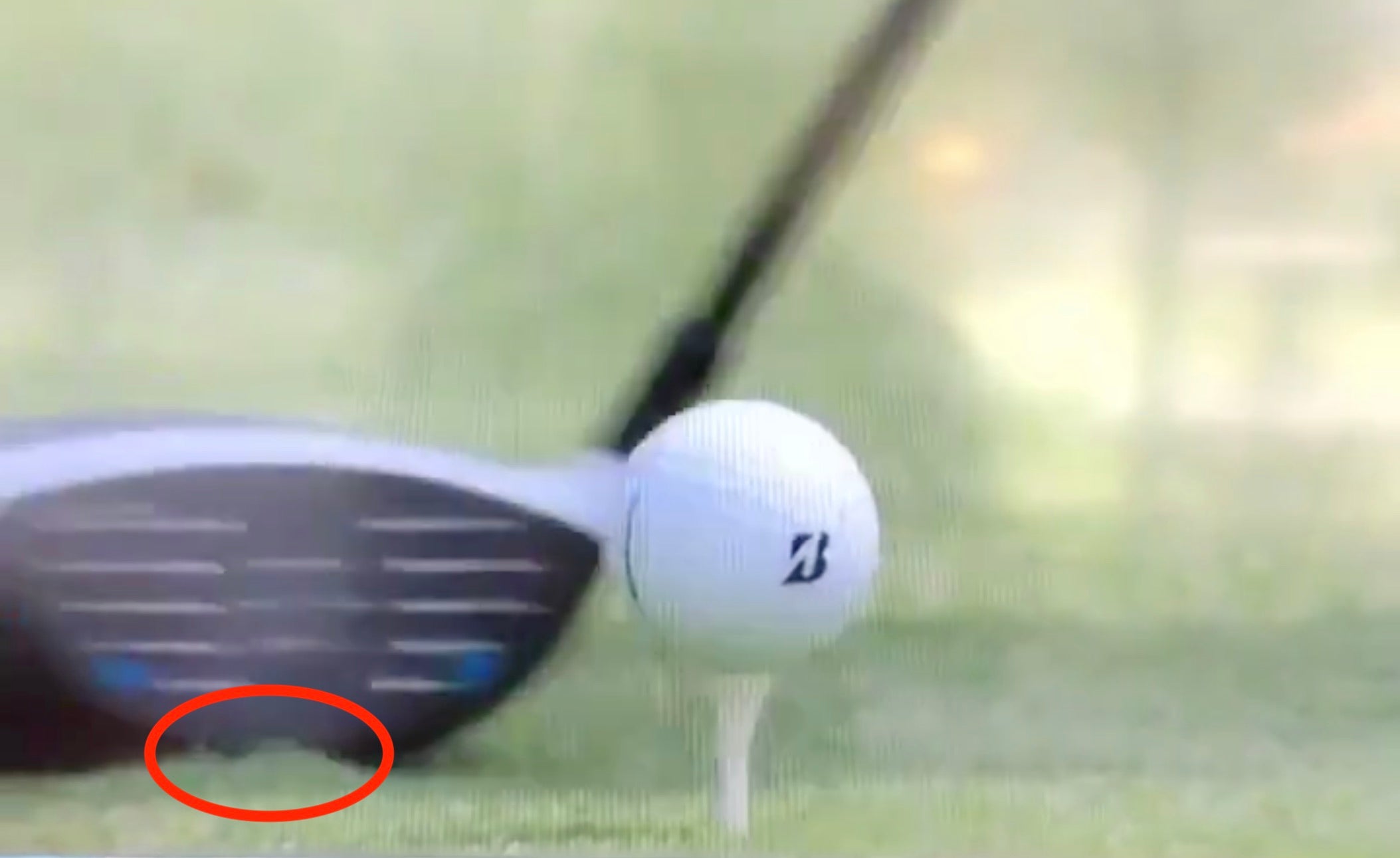 First, let’s start with the negative: There’s a tuft of grass just in front of the ball, and you can see Tiger’s driver skim it on its way before crashing into the ball — a phenomenon otherwise known as a “dropkick.”

A drop-kicked drive, in case you’re unfamiliar, is when your driver head hits the ground before hitting the ball. It takes a lot of power off the subsequent drive, and will often lead to directional issues, too. It’s caused, usually, by not knowing where the low-point of your golf swing is, which can be the result of a ball position that’s too far forward in your stance (among other things).

Tiger hits a little dropkick here — proof it happens even to the best of us — but as you can imagine, it’s a dropkick that most people would dream of. 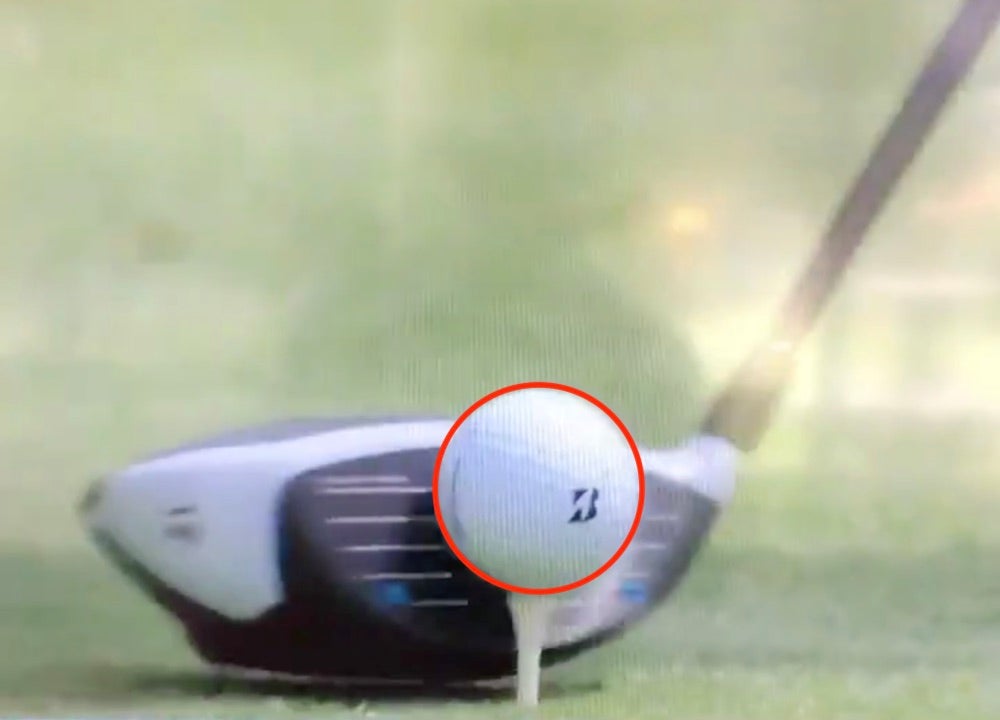 But once Tiger hits the ball, you can see that his ball contacts the top of his driver face. He hits the ball “high on the face,” and that’s good!

The way driver clubheads are designed, much of the driver’s weight is pushed to the back of the clubhead, and towards the ground. By hitting the ball high on the face, you’re taking advantage of the way the club is designed, and sending the ball into the air more powerfully. So take notes! 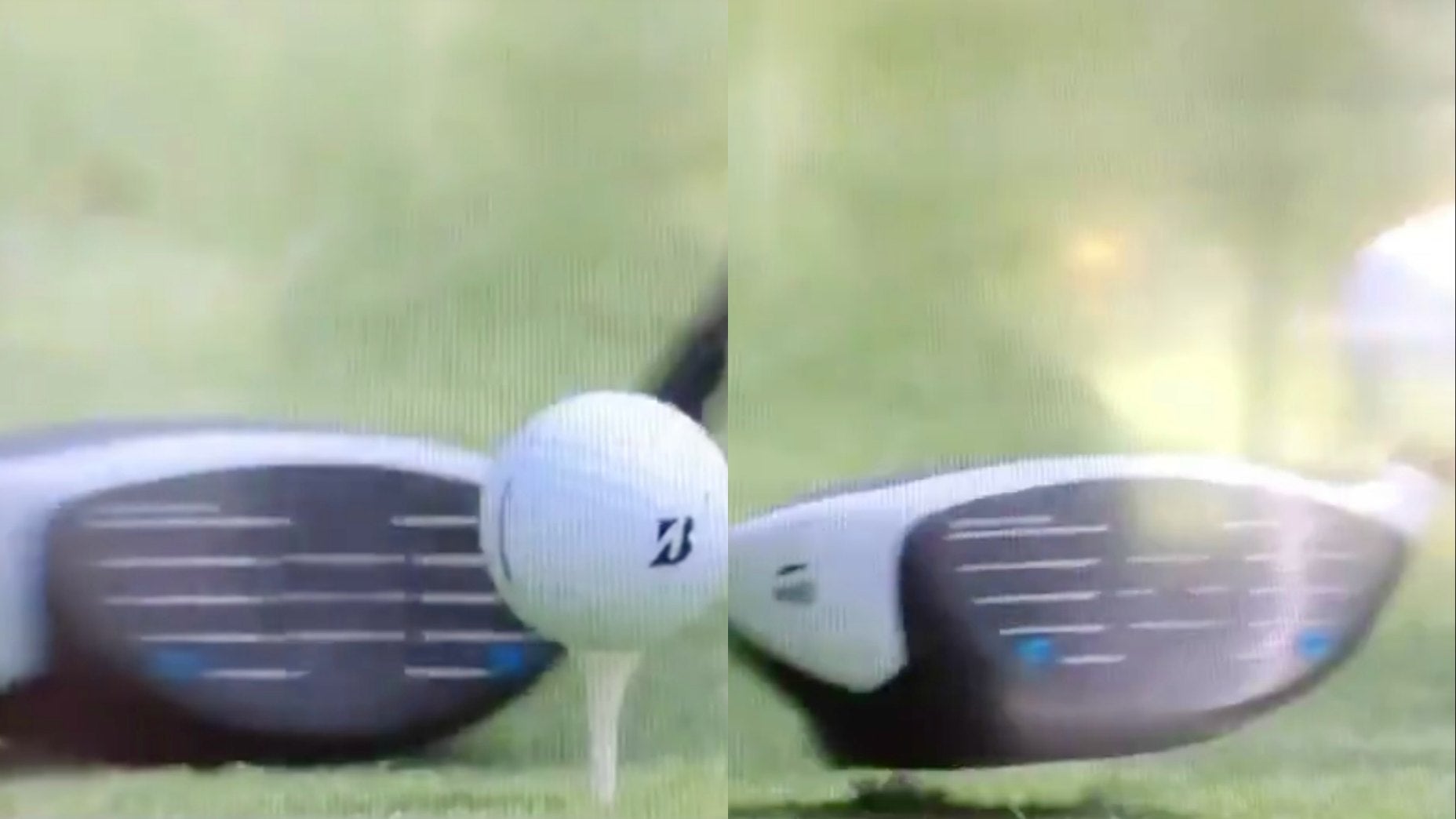 3. Club swings from low to high

Finally, notice how Tiger’s driver moves from low to high in the above sequence.

It’s true that some PGA Tour players hit down on the ball even with their driver, but for the rest of us who don’t boast the same levels of swing speed, teachers generally recommend that we hit more “up” on the ball. Why? Because it allows you to hit the ball higher with less spin, which helps you hit the ball longer without swinging faster (through the power of “optimal launch conditions”)

A simple way to help you do this is putting a small object, like a water bottle or a rolled up towel, on the ground and practice swinging over it. It’ll give you the feeling of swinging from low-to-high, and hopefully help you hit longer drives when you hit the course.

Bryson-nomics just went mainstream. 3 things golfers can learn from it.