You should always hit driver, except in these 4 situations 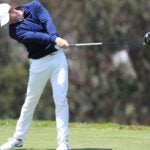 You should always hit driver, except when you find yourself in one of these situations.

Should I hit driver here?

The answer to this age-old questions is yes, you should. At least that’s our recommended default answer. Gone are the days of fearing the longest club in the bag. When you’re facing down a par 4 or par 5, the numbers show us that driver is almost always the smarter play. So get confident with the big dog — and give it plenty of use! But we did say almost always, because there are times when the big stick just doesn’t make sense.

Here are four instances where you should think twice about hitting driver.

This one’s pretty simple: If there’s a hazard in your way that you can’t cover with driver, hit the longest club you know will still stay short of that hazard.

If the fairway is narrow the entire way, you’re probably better off ripping driver. But if a wide fairway suddenly squeezes in right where your driver would land, think twice.

Some players don’t mind a 50-yard pitch shot, but some golfers get sweaty palms just reading the phrase “50-yard pitch shot.” Getting closer is almost always better, but some specific holes — or playing styles — fare better by leaving a full wedge into the green.

4. Your opponent is out of bounds

The lowest possible score is almost always the goal, but sometimes bogey is more than enough to win your match. If all you need to do is keep the ball in play and driver makes you squeamish, permission granted. Iron it is.