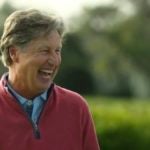 Brandel Chamblee is no stranger to having vocal issues with golf instruction.

When it comes to golf instruction, Brandel Chamblee is no stranger to speaking his mind. Even within the past few months, the lead commentator for the Golf Channel has made headlines for his bold claim that he could fix Jordan Spieth’s swing in two minutes, and his rebuke of the current, widely-accepted ranking of the best golf instructors in the country.

In the most-recent episode of Golf Channel’s Swing Expedition (which you can watch right here), hosted by GOLF Top 100 Teacher, Chris Como, Chamblee appeared alongside coach Lucas Wald and explained in deeper detail his long-held issues with golf instruction, but how social media is serving as a positive vehicle for teaching.

Chamblee noted that the origin for his discontentment with golf instruction began in the 1980’s.

“Ideas that came to the forefront of teaching were based upon ill-conceived philosophies about things that teachers had read, that didn’t actually happen,” Chamblee explained. “I think the origin of bad instruction — for two, three, four decades, really —  has been in Hogan’s book.”

Chamblee then noted how the five fundamentals that the great Ben Hogan stressed in golf instruction — resisting, maintaining flex in the right leg, having the inner elbows pointed out, a weak grip, and a steady head — were taken as fact, and then echoed between golf instructor to another without any real critical dialogue.

“So what ended up becoming the most popular ideas in teaching were not the best ideas, they were from the best salesmen,” said Chamblee.

Chamblee also rejects the notion that — while he is certainly critical of teaching — he dislikes or hates teachers themselves.

“So when you say ‘Why do you hate teachers?’ … I don’t. They’re my best friends. I love you guys,” said Chamblee. “But it’s the ideas I rage against—-not the teachers. It’s just the ideas. Teachings not unlike golf — you go out to teach sometimes, you make a bogey. Well, sometimes, you play golf, you make a bogey. I just think the whole industry was over par for about a decade or two. There were good teachers out there, they just weren’t’ the most popular teachers.”

However, Chamblee does credit a lot of the great current instruction in the game to social media.

“I think social media has been great; because I think the industry needed peer review — it didn’t have it, it just had ‘whatever was popular pervaded,’ said Chamblee. “But now, social media, if you put an idea out in the teaching world — and almost every teacher’s on social media — and they put it out on YouTube, whatever… it gets scrutinized by all your peers…As much as I raged against teaching for eons, I am now, I feel like, pretty darn complementary of it, because I think teaching has gotten massively better as social media has become more and more prevalent in our lives.”