3D technology is becoming more accessible than ever before.

Technological innovations in golf are coming thicker and faster than ever before, and whether you realize it or not, they’re having a major impact on the golf swing.

In the modern era, we’ve seen a number of different technologies that have influenced the way golf is taught — and learned. The adoption of video cameras helped make it easier for golfers to analyze different players’ technique and match up what they were feeling with the reality of where their swing is.

Ball- and club-tracking tech, like Foresight Quad, Flightscope and Trackman, ushered in an entirely new era. It helped golfers and their teachers take a closer look at what was happening at the moment of impact, which helped golfers optimize the way they hit the ball. It shifted the emphasis away from how the swing looks, and more toward what it was making the ball do.

3D-body-tracking technology, things like Swing Catalyst, K-Vest and GEARS, show a detailed picture of how the body is moving during the swing and has allowed teachers to tap into more of the body’s power sources.

Pros and teachers use all of these pieces of technology alongside each other. The current obstacle though is that the best 3D systems are extremely expensive, complex to install and require a teacher’s help to use correctly.

It all prevents golfers and teachers from using them more, but as the technology advances, so does the experience. A number of companies are working on bringing down those barriers to entry so 3D becomes more accessible for golfers: From SportsBox AI, which is developing a 3D motion capture app, to Dragonfly Golf, which uses an undergarment to track 3D metrics.

But perhaps the biggest breakthrough yet has come via our instruction partner GOLFTEC, which this week announced it was rolling out its OptiMotion technology in 157 locations across the country. Golfers just need to stand in front of the cameras, and the technology will capture 4,000 different data points to create a 3D model of their swing.

Golfers will be able to track different kinds of metrics, things like “clubhead speed” or “face angle,” as innovative technologies like these become more widely available. A few examples of some numbers we soon may be talking about a lot more specifically:

1. Degrees of hip and shoulder turn

Turning means power, so generally speaking, the more of it you have, the longer your drives will be. Right now, most golfers eyeball how much they’re turning their hips. But in the future, they could actually track how much they turn: Pros generally turn their hips at least 36 degrees at impact. With the same metrics for your own swing, you’ll be able to see how you compare. 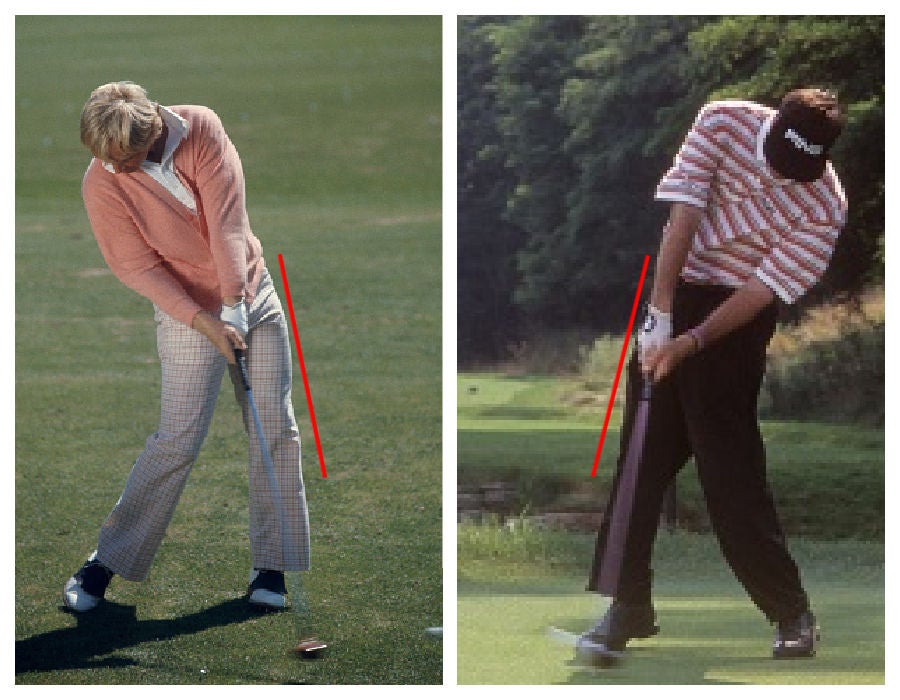 Pros move their hips about an inch-and-a-half toward the target by the time they impact. Higher handicaps actually move the opposite direction about half an inch. The first step toward fixing it in your swing? It’s knowing, rather than guessing.