Spotted on Tour: Jordan Spieth (!) and his tournament-saving wedges

Jordan Spieth captured the 2022 RBC Heritage on Sunday in a playoff.

Forgive us for the hyperbole, but Jordan Spieth returning from the dead twice on Easter Sunday is a story that practically writes itself.

The 28-year-old won for the first time in a calendar year on Sunday at the RBC Heritage — his first victory since last Easter, and second in just the last half-decade. That his victory came the week after a missed cut at one of his strongest historical events (the Masters) was not lost on golf fans. It’s been that kinda up-and-down few years for Spieth, who has quickly become one of the game’s most mercurial figures.

Spieth was vintage Spieth on Sunday, showcasing both blazing ball striking and remarkable scrambling abilities. It was perhaps fitting that Spieth at his best featured very little putting — the flatstick has been something of a sore spot for the three-time major champ. He missed an 18-incher for par on the RBC Heritage’s 54th hole on Saturday; the latest in a long list of befuddling moments.

Rather, with the tournament on the line in a playoff with Patrick Cantlay on Sunday afternoon, it was Spieth’s wedge play that came to the rescue. From a greenside bunker on the 73rd hole, Jordan nearly holed out for birdie, leaving an (unmissable) tap-in for par. It was the culmination of a week’s worth of brilliant short game play. To date, Spieth ranks 16th on Tour in scrambling, and first on Tour in scrambling from the rough. At the RBC, he was also 5th in the field in strokes gained: around-the-green, averaging more than a stroke per round gained to the field in that category.

The SM9 is the latest innovation from legendary wedge-maker Bob Vokey’s studio, a design intended to improve spin, control and overall performance for all players around the green. In the SM9, Titleist moved weight to raise CG and lower launch, helping to produce lower, spinny-er ballflights top players prefer. The new Vokeys also feature a brand-new groove-cutting process intended ensure tighter and more consistent spin rates among its users.

The SM9 was so good, it immediately entered Spieth’s bag upon hitting the retail market earlier this year, and it’s stayed there for long enough to help Spieth find his latest Tour win at the RBC Heritage.

To learn more about the SM9, check out the link below. 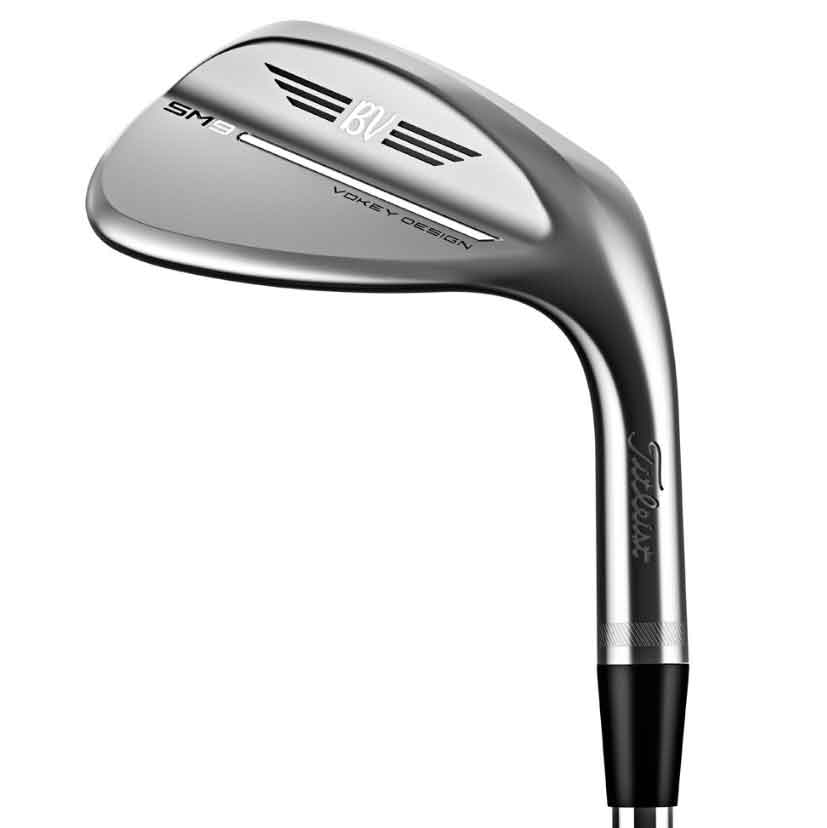 $179.99
The new Titlest SM9 wedges are made for every golfer to find the right tools for their short game. With their most versatile, accurate, and forgiving design yet, a total of 23 different models with 6 different grinds offer something for every player.
order now