Callaway's Jaws Raw wedges have been on Tour since May.

Jaws Full Toe turned out to be the perfect litmus test for Callaway’s next big wedge creation: Jaws Raw. Built around a razor-sharp groove and raw face, Full Toe successfully introduced several technologies that can now be found in a more traditional profile that should appeal to a wide range of playing abilities.

“We wanted to bring a lot more tech and build upon our Jaws groove and the raw face we’d done in Full Toe to the masses in a much wider launch offering,” said Patrick Dawson, Callaway’s senior R&D manager, wedges. “It took a little bit of time, but it’s worth it when you get it right, bring it out and validate that people want to play it.”

Instead of quickly bringing a new wedge to market, Callaway took its time with Jaws Raw. According to Dawson, the wedge is three years in the making — a significant amount of time for any scoring tool. As you’d expect with a wedge that underwent extensive Tour feedback during the creation process, the improvements are numerous.

Some are apparent, while others seem to be hidden in plain sight.

With regards to the more visible technology, Callaway added an un-plated face — also known as a raw face — to the wedge but opted to keep the rest of the head plated in a chrome finish.

“A raw wedge head is pretty common on Tour,” said Callaway’s PGA Tour manager Jacob Davidson. “That said, some guys like a cleaner look without the rust but still want the performance and soft feel of a raw face. This is a best of both worlds wedge.”

In addition to keeping the face raw, Callaway also asked Tour staffers if they wanted the toe pad section to remain raw or plated. In the end, they chose to keep it raw for one specific reason. 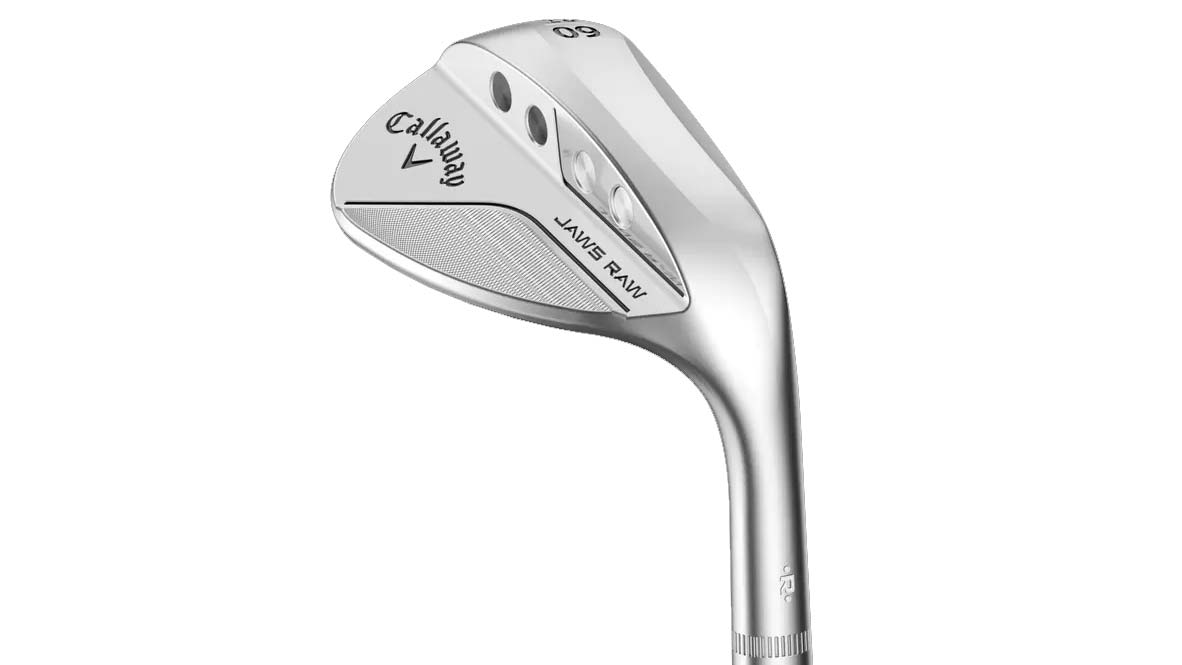 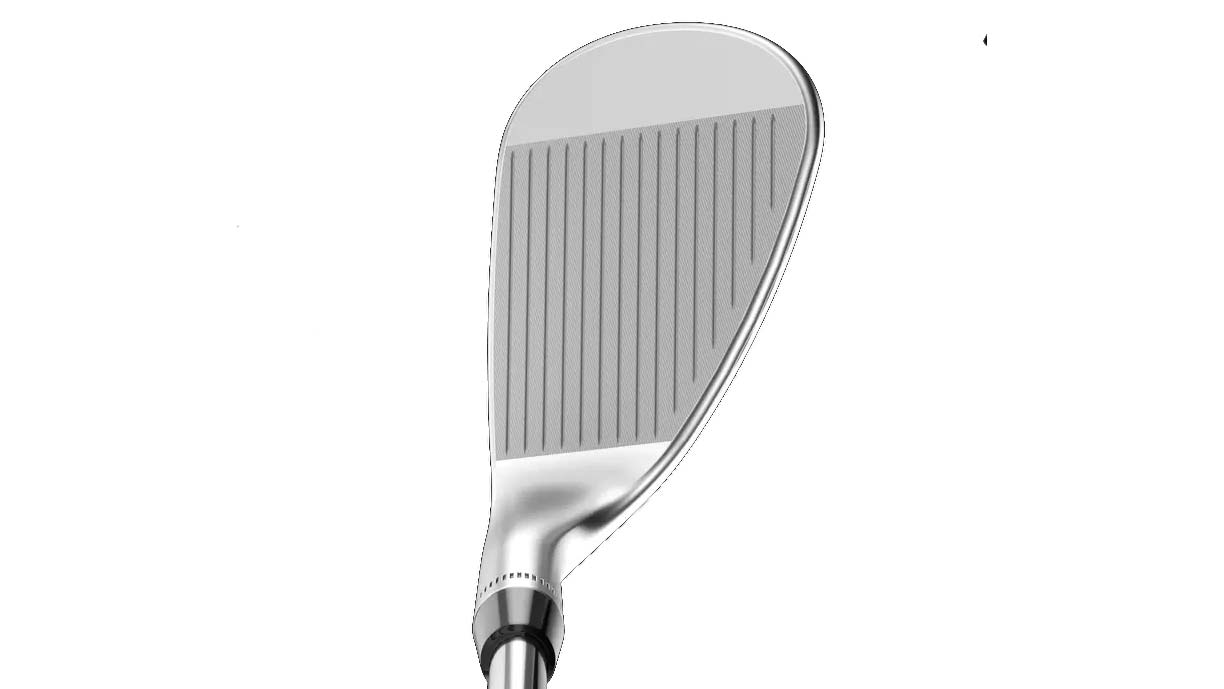 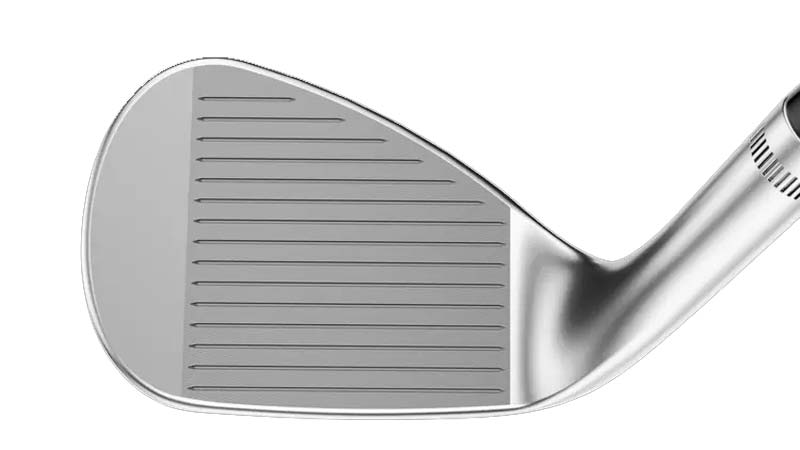 “That’s to reduce the glare where you’re at address and flaying it open to hit a good lob wedge,” Dawson said. “You don’t want [the toe] reflecting in your eyes.”

An aggressive 37-degree wall angle on the Jaws groove — which is right against the USGA legal limit — works in unison with angled, micro-positive grooves between the main groove, called “offset groove-in-groove technology,” to enhance spin on partial shots around the green, even when the face is laid open for a flop shot.

“In combination with grooves across the face, as you get into sand shots or shots around the green, you tend to open up the club; your impact location starts to migrate toward the toe,” Dawson said. “The offset groove-in-groove is actually intended that it’s at an angle so that when you open it up it’s now still perpendicular to your shot direction.”

Callaway has added weight ports to the back of the head to dial in the center of gravity (CG) in the past, but this is the first time they’ve packed tungsten in the sand and lob wedge ports. The tungsten is still designed to center the CG for better control and feel. The hosel length was also varied to control trajectory while improving forgiveness at the same time. (Dawson also confirmed the hosel was smoothed out transitioning into the leading edge to give it a straighter look at address.)

As you’d expect with a wedge line that took three years to create, the loft and bounce options are plentiful. A low bounce Z grind was added to the matrix and features an aggressive leading edge chamfer that acts as a skid plate to reduce digging on chip and pitch shots for consistent turf interaction. The leading-edge chamfer is also part of every sand and lob wedge in the lineup, regardless of grind.

The S, wide sole W and high bounce X grinds return with Jaws Raw to give the lineup 17 loft and bounce combinations per finish.