In the world of high-performance golf shafts on the PGA Tour, the Fujikura Ventus has dominated the headlines in 2022. The shafts could be found in the bag of the FedEx Cup champion and the Player of the Year, and it was also the number 1 shaft model for drivers and fairway woods.

With so much success and momentum, the hardest question for Fujikura was also a simple one — how can we make it better?

To answer that, the engineers not only turned to player feedback but to a tool that can see and measure what the naked eye can’t — ENSO, Fujikura’s high-speed camera motion capture system which allows engineers to precisely understand how a shaft performs during the golf swing.

It was with ENSO technology and player feedback that the Ventus TR line and its profile offerings — the TR Red, TR Blue, and TR Black — came to be. The original Ventus line isn’t going anywhere, but what the new Ventus TR offers is extra stability for players across the board that are looking for a more stable feeling shaft.

“One thing that ENSO showed us was how much stress the shaft takes on during the transition and downswing,” Spencer Reynolds, Fujikura’s product and brand manager. “Specifically, it does it in the mid-handle section; it’s the upper part of the mid and lower part of the handle section. We found at all ball speeds that’s where a shaft can take on a lot of unnecessary twist. That was the catalyst — how can we reinforce that section and reduce it as best we can.”

Armed with the full line Fujikura Ventus TR Shafts in my preferred flex and weight, I tested all three with the help of True Spec Golf’s Kris Mccormack, in a Titleist TSR3 to see how they compared head to head.

This is where it gets interesting.

As a previous Ventus Black and Blue user, the end result of having the TR Red be the best option for me was a bit of a surprise, but as we’ve said time and time again, it goes to show how important of club fitting is when looking to maximize performance. It also can’t be stressed enough that anything I experience from a feel perspective is simply my experience.

Fujikura has hit the mark when it comes to the new TR series, and all three models offer a more firm feel for players looking to maximize stability. Even as a player with a more aggressive transition, but not at the upper spectrum of swing speed, I found the TR Black to offer one of the most stable feelings I’ve ever had with a driver shaft. I think if you are a golfer that puts a great deal of stress into loading the shaft and are on the upper end of the swing speed spectrum this shaft could be a huge winner.

As for the TR Blue, it comes as advertised by maintaining a great feel alongside extra handle stability, and if you have been a Ventus Blue user in the past this should be at the top of your list to test. 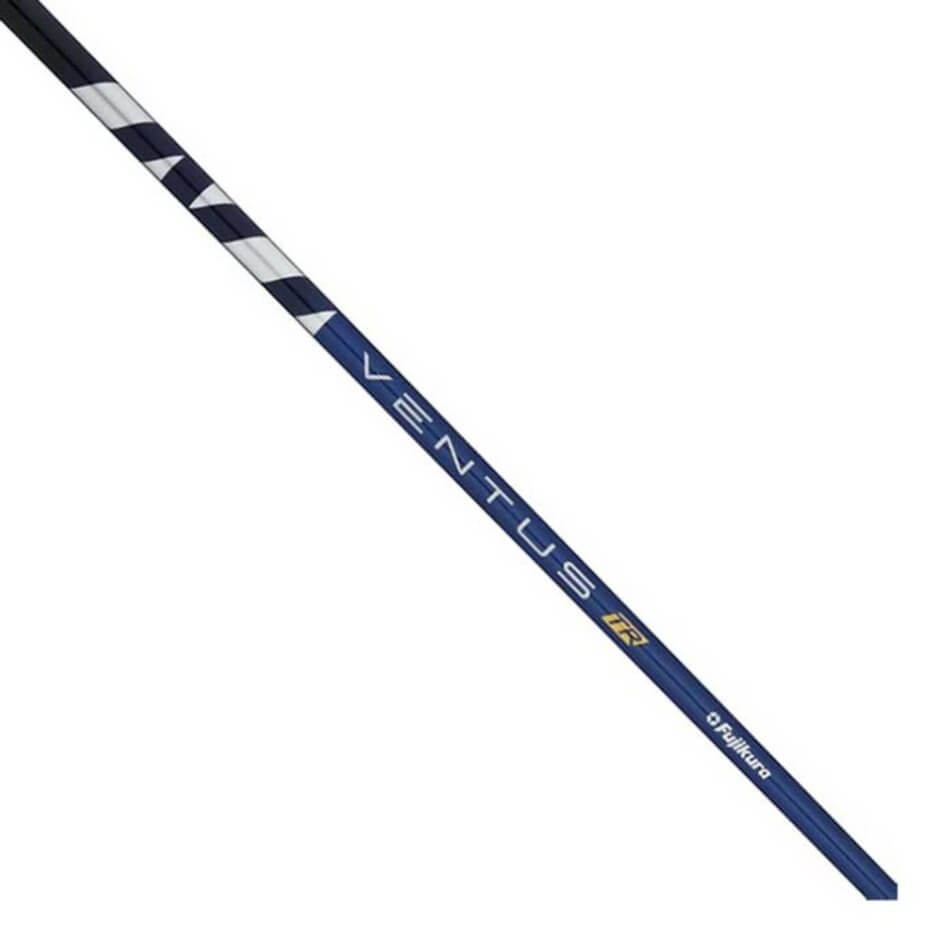 $350
Born from the continuous quest for improvement and backed by enso®–driven analytics and Tour feedback, VENTUS TR builds upon one of the most trusted and best-selling wood shafts in Fujikura history.
BUY NOW