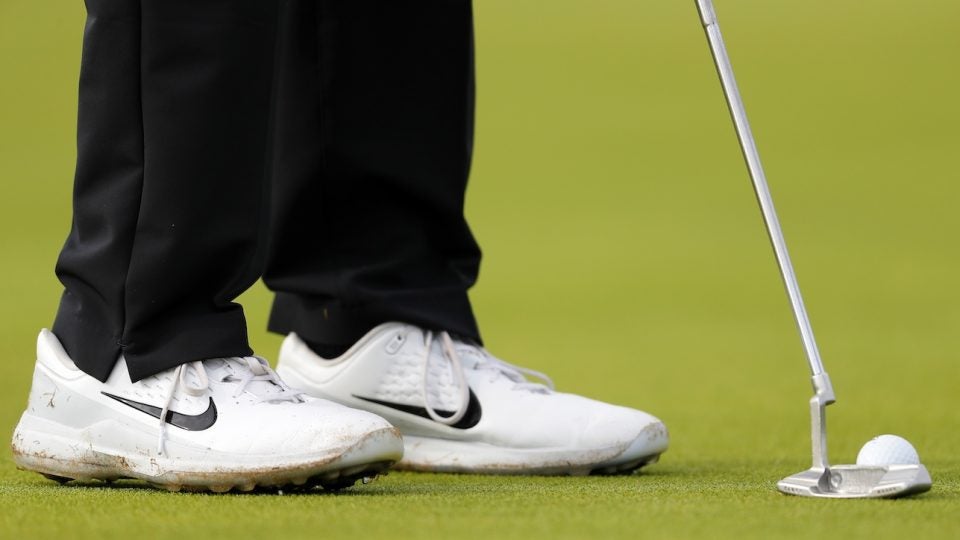 Tiger Woods' Scotty Cameron Newport 2 has a strip of lead tape in the cavity to add head weight.
Getty Images

Tiger Woods is already considering the idea of adding a new 2-iron to the bag for the Open Championship. But that’s the only club he’s tinkering with

Tiger Woods is already considering the idea of adding a new 2-iron to the bag for the Open Championship. But that might not be the only change Woods makes at Royal Portrush. For the last three days, the 15-time major winner has spent time working with two different Scotty Cameron putters during his practice rounds.

One of the putters is arguably the most iconic on the planet — a Scotty Cameron Newport 2 that’s been by Woods’ side for 14 of his major championship victories. The putter does have a new look this week, with a strip of lead tape positioned completely over the back cavity, concealing the red “cherry bomb” and Titleist script.

The new-look serves a technical purpose, adding head weight to the 326-gram putter head. What’s unclear is how many strips of lead tape were added to the cavity. A four-inch strip of lead tape will generally add two grams of weight to the head. Given Woods’ other-worldly feel, it wouldn’t take much for him to notice a difference.

“[N]ormally when I’ve come over here and virtually almost every single Open I’ve played in, I would put lead tape on my putters to try and get it a little bit heavier and get the ball rolling,” Woods said during last year’s Open Championship.

Woods made a similar remark during his Tuesday pre-tournament press conference, noting there were “a bit of slow putts coming up the hills” at Portrush.

If Woods doesn’t want to alter the head weight of his trusty flatstick, he has another Scotty Cameron waiting in the wings. While the putter wasn’t photographed in the bag on Tuesday, Woods was seen testing an updated version (on Sunday and Monday) of the Newport 2 putter he’s used for much of his career. The putter features a red “cherry bomb” on the face and another in the cavity. 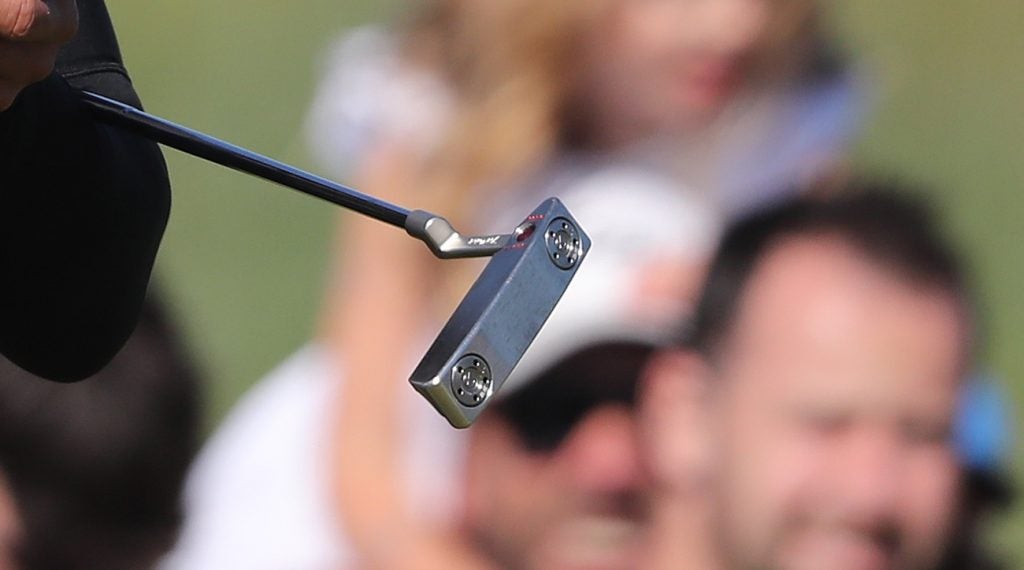 The putter isn’t all that different from Woods’ wand, but there are a few noticeable differences, most notably the addition of adjustable heel-toe weights in the sole. For someone who’s contemplating beefing up the putter, having the ability to use interchangeable weights to dial-in head weight is a painless process. Not to mention there’s no guesswork involved.

Woods received his first look at the prototype during this year’s PGA Championship and was impressed with the overall shaping. Compared to recent Newport 2 putters Cameron has introduced, this particular prototype has more of a Tiger-esque profile with sharper lines and a more pronounced heel. The overall height appears to have been reduced slightly and the neck pushed back, something Woods prefers in his Newport 2.

Martin Kaymer and Hideki Matsuyama have already used the prototype in competition.

With Woods planning to get in one final range session on Wednesday, we’ll likely get another glimpse at the putter situation before the first round. Like the unpredictable weather at Portrush, it’s anyone’s guess where Woods will land with the putter when he steps on the tee for the opening round.