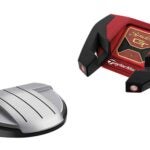 Read our complete reviews of TaylorMade's newest putters below.

This year’s ClubTest is bigger and better than ever. To help you make sense of the mountain of high-tech new clubs on the market, we put all of the latest offerings from the top golf club manufacturers to the ultimate test. Below you will find the test results and complete reviews of four new TaylorMade putter models.

You can find the full list of ClubTest putter reviews here.

Our take: This isn’t the Spider you’ve come to expect from TaylorMade. The futuristic look, highlighted by a new top plate, allowed some testers to quickly get the face and ball lined up to the target with ease. “I used to play with the Spider, but this is better by a wide margin,” said a GOLF tester. “It feels heavy but soft, and the contrast means you can see if the face is open or closed.” 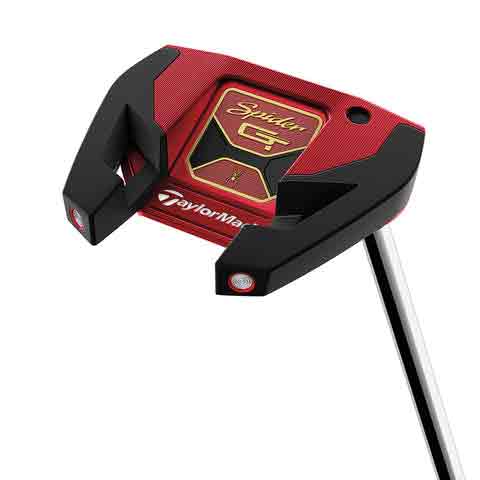 $349.99
This is the first Spider to feature an open frame multi-material design. Two steel side wings (90g each) push 82% of the putter’s total weight to the perimeter, allowing Spider GT to remain extremely stable on off-center strikes.
Pre-order now

The details: The GT head comes with a lightweight 145-gram top plate made of 6061 aluminum (comes in silver, black, red, and a white/blue women’s model) and two 90-gram steel side weights that push 82 percent of the putter’s weight towards the perimeter for more stability through the stroke and on off-center putts. The face is equipped with a Pure Roll2 insert made of aluminum and urethane that helps facilitate a better end-over-end roll and improved ball speed consistency.

Our take: Some testers find a potential gamer in a few putts. For one, in particular, it only took a handful of rolls with the Rollback to notice more consistent contact that ultimately produced more made putts. “It’s amazing,” said the tester. “I’m just burying putts. It’s a winner. Made 4 of 5 from 15 feet right off the bat. The insert feels superior to the other one.” The overall two-tone look earned high marks for golfers who rely on alignment aids to get them in the best position at address. 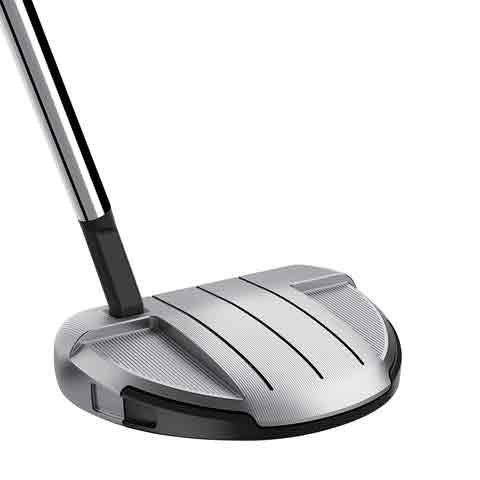 The details: A classic half-moon design with a lightweight aluminum anterior and a heavy tungsten rollbar that wraps around the back for added perimeter weighting and boosted stability. The tri-sole design makes it easy to set the putter down square on the ground, and it’s got the longest sightlines of the new Spider models. It comes in either the high-contrast black model with one alignment line or in silver with a triple-line for improved aim.

Our take: We’ve seen this shape before, and that’s not a bad thing. Sometimes it’s not necessary to reinvent the wheel. The Notchback shape was well received by testers who didn’t necessarily want or need a futuristic profile. “You can tell this is a stable head, but it’s done in a way where you don’t notice it at address,” said a tester. “It’s a relatively compact mallet shape, and I appreciate how it gently steps down on the flange. I could see myself using this one.” 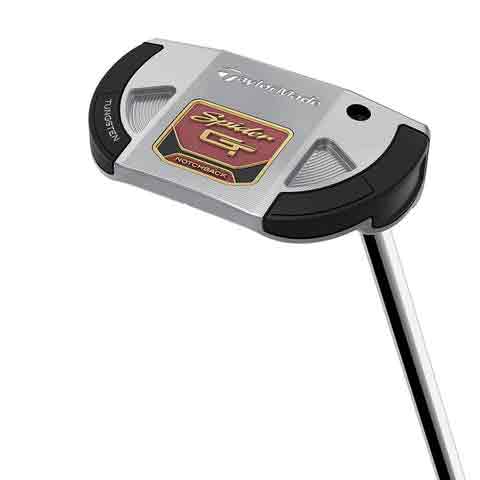 The details: A throwback mid-mallet shape with a forward-placed CG to make face rotation easier — a design trait favored by golfers who have arcing strokes. It comes with a lightweight 6061 aluminum body and carefully placed 86g dual-tungsten weights on the heel and toe for what TaylorMade claims is the highest MOI you’ll find in any mid-sized mallet Spider. Furthermore, the tri-sole design makes it easy to rest on the ground without tweaking the face angle.

Our take: The “Splitback” design is meant to add some stability to the head, but more than a few testers mentioned the wings allowed them to easily line up the ball to the target. “The area between the wings is about the width of a ball, so it’s simple to set the ball down, get the putter in position and pull the trigger,” said a tester. The performance is what makes Splitback a great putter, but there’s nothing wrong with additional benefits being part of the design. 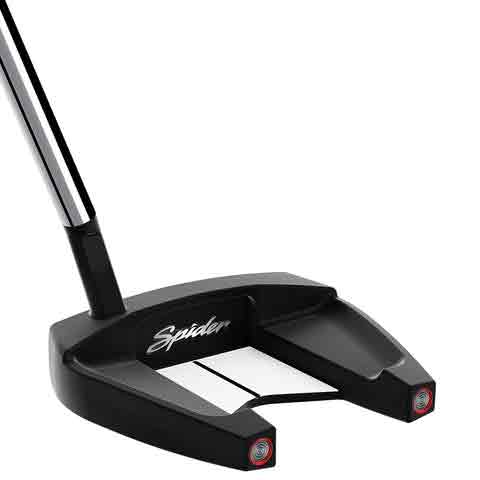 $299.99
The modern wing design has sharp angular features and extreme perimeter weighting for optimal forgiveness and roll. So, no matter how you look at it, it’s stability from every angle.
Pre-order now

The details: Featuring a split-winged design that distributes weight around the perimeter for a high MOI. There’s no aluminum in this model and because it’s made of heavier steel, designers pocketed out the wings and filled them with a urethane foam (ala the SpeedFoam used in TaylorMade’s P770 and P790 irons) to improve sound feel and also to reduce vibrations. The GT Splitback also features TruePath — TaylorMade’s ball alignment and stroke visualization aid. The black/white contrast and arrow-shaped back edge helps golfers visualize their stroke and the ball path before executing a putt.

Shop more of the latest gear for your game