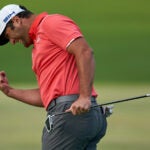 Jon Rahm reached the green on the first playoff hole at Sunday’s BMW Championship without much margin for error with his putter. Rahm, who just 20 minutes earlier witnessed Dustin Johnson drain a miraculous 44-footer to tie him atop the leaderboard and send the tournament to extra holes, was going to need a spectacular putt just to stay in it.

Rahm’s drive on the first playoff hole, the par-4 18th at Olympia Fields, had snuck into the right rough. His approach found real estate on the green, but a long distance from the hole — some 66 feet, 5 inches away. With the way Johnson was playing, the pressure fell on Rahm to give himself a reasonable two-putt, then play for the win on the second playoff hole.

Well, as you may have heard, Rahm didn’t hit a spectacular putt. No, the 25-year-old Spaniard hit a perfect putt. A putt that boomeranged off a sweeping break, down an embankment and right into the bottom of the cup for the win. Try as DJ would from 20 feet to match Rahm’s mic-drop, the tournament had already been decided 66 feet, 5 inches earlier — the longest putt of Rahm’s PGA Tour season to date.

The putt marked a moment at the intersection of execution and preparation, a moment Rahm has shown a unique propensity for seizing in his young PGA Tour career. And a moment afforded to him by a ridiculous roll with the exact right piece of equipment: his TaylorMade Spider X chalk putter.

In the two years since it first appeared on Tour, various versions of the Spider X have found their way into the hands of many of the game’s best players. In fact, Rahm’s playoff counterpart Dustin Johnson has toyed with the Spider X, and currently plays a Spider Limited Itsy Bitsy putter that bears a resemblance to the Spider X. Between the two Spiders (Rahm’s and Johnson’s) on the 18th hole on Sunday, TaylorMade’s optically designed, control-focused mallets rolled more than 100 feet (!) of makes.

If you’re a mallet-lover, struggling with your alignment or just looking to make more 66 (or six) footers around the greens, the solution to your putting woes might be as easy as adding a new club to the bag. 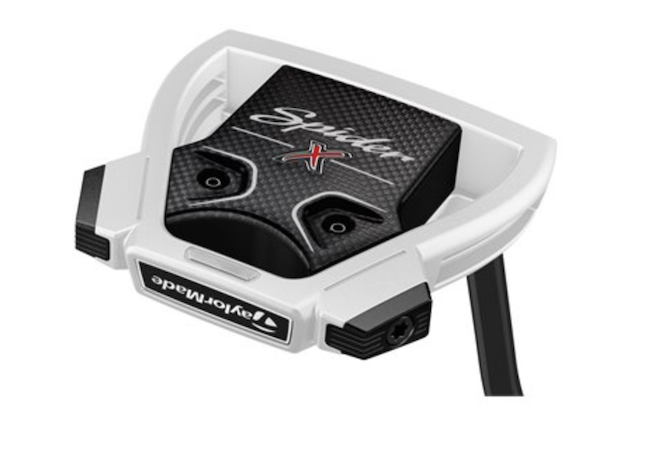 The Spider X, which carries on the now-famous Spider max-stability design, is built with a heavy steel frame and light carbon composite sole to provide more MOI than ever.
Buy now