Dustin Johnson and his TaylorMade Truss TB1 putter at the Travelers Championship.

Three different putters in three weeks is a telltale sign that things aren’t going swimmingly on the greens. Luckily for Dustin Johnson, the third putter ended up being the charm at the Travelers Championship. The 21-time Tour winner found his stroke with a TaylorMade Truss TB1 putter after two weeks of struggling to get the ball to roll on his intended line.

“I felt like I was rolling it good, but I was having trouble getting it going on the line I was seeing,” Johnson said after shooting a third-round 61 that featured just 26 putts. “I did a lot of work this week on the greens with some different putters to try and fix that. I put the new Truss putter in. It’s been coming out where I’m looking I’ve hit a lot of really good putts this week.”

An Anser-style blade user for most of his career, Johnson shook things up in 2016 when he began using a TaylorMade Spider mallet at the BMW Championship. Most of Johnson’s success (and wins) have come with a mallet over the last four-plus years, but that hasn’t stopped him routinely carrying at least one blade in the bag during practice rounds. The blade look — sharp angles and a thin topline — has always appealed to him. 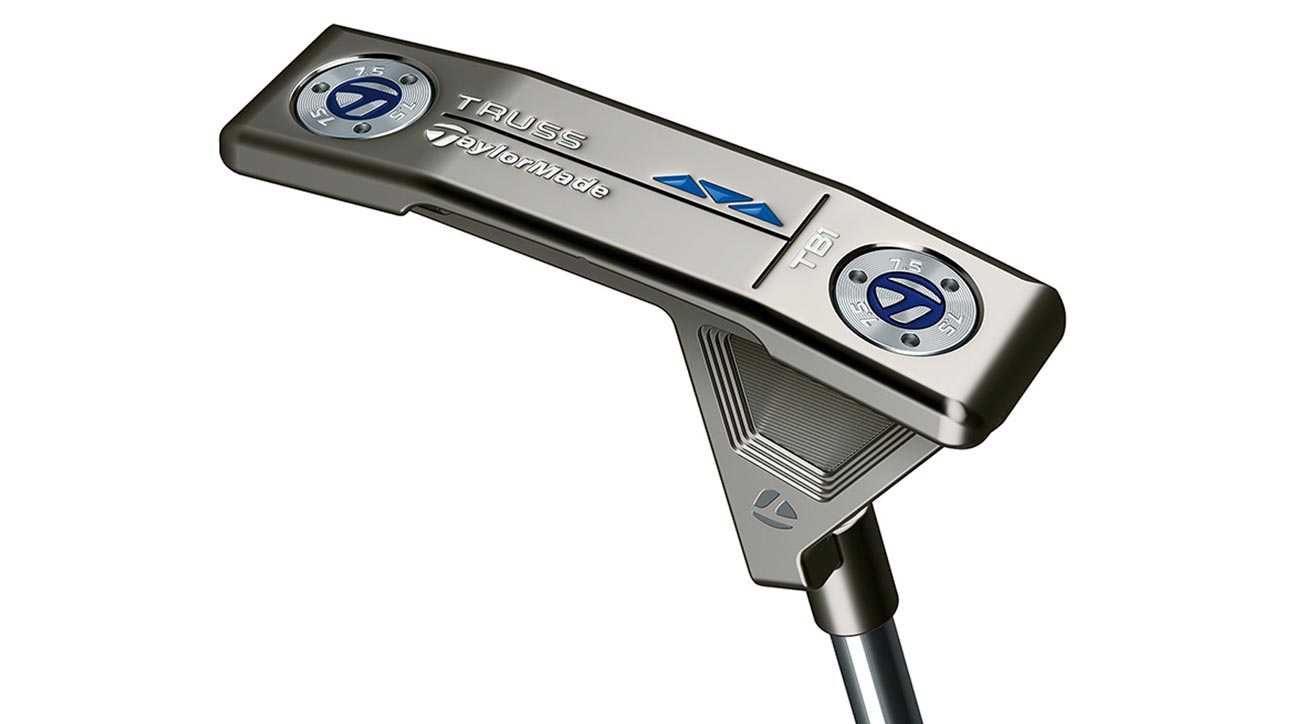 But looks will only take you so far. When the 2019-20 season rolled around, Johnson opened with Spider before eventually giving TaylorMade’s Truss TM1 mallet a shot at Colonial. While the Truss mallet didn’t last long, it proved to be a harbinger for a change that allowed Johnson to collect his paydirt.

For golfers who prefer the look of a blade but require the performance benefits (heel-toe forgiveness) of a mallet, Johnson’s Truss heel-shafted TB1 is an intriguing option. With 16 degrees of toe hang, it’s suited for more arcing putting strokes, making it a great option for blade users.

From the address position, it’s difficult to discern the differences between a TP Juno and Truss TB1. For someone like Johnson who puts a premium on looks, the putter checks the visual box. Then you turn it sideways and see the truss hosel structure that offers multiple contact points on the topline.

Compared to a standard L-neck blade where a single contact point exists, connecting the hosel via the heel and closer to the center of the topline yields a design that stabilizes the head, reducing the amount of unwanted twisting that normally occurs on off-center impact. In other words, a performance benefit most commonly found on a mallet. Only this happens to be a blade.

For golfers who consistently struggle to embrace the look of a mallet, Johnson’s Truss TB1 is the best of both worlds.

“Golfers like Dustin Johnson like the stability of a Spider, but they grew up playing a blade that looks familiar and comfortable to them at address,” said Bill Price, TaylorMade’s senior director of product creation, putter and wedge. “This is a way to give them that mallet stability with the blade shape.”

So if you’re like DJ and still can’t get over the look of a mallet, consider the idea of using a putter like the Truss TB1. It just might help you make more putts.