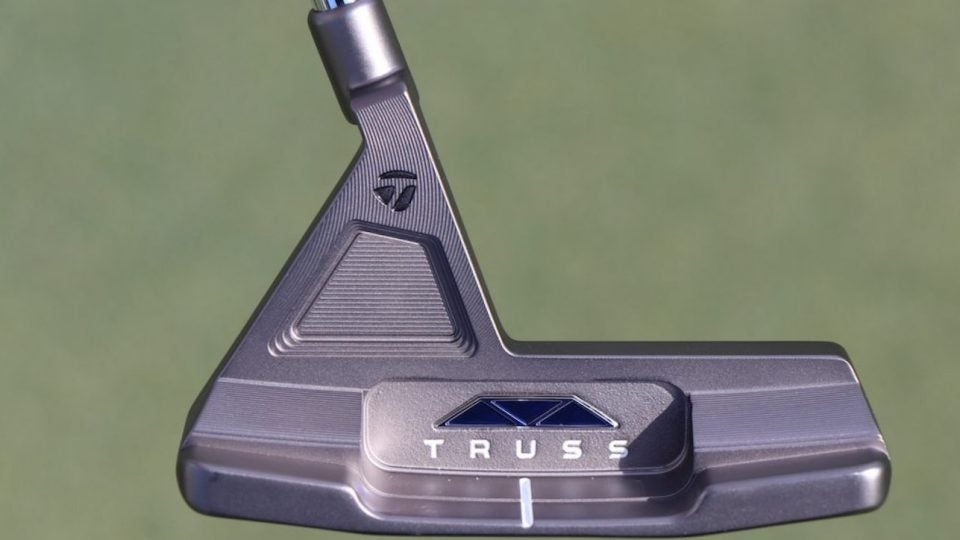 TaylorMade's Truss blends the stability of a mallet with a blade profile.
Andrew Tursky

As manufacturers continue to push the boundaries of putter design and technology, we’ve reached the point where it’s no longer necessary to opt for a mallet when searching for stability and forgiveness. TaylorMade is the latest to put its own spin on the design with Truss, a putter that was designed with extensive research around how golfers strike the ball at impact.

Data gathered on 40,000 putts hit by golfers of varying handicaps revealed more than half struck the ball on the toe-side of center — a location that tends to lead to inconsistent putts. Instead of simply increasing the size of the head — something the manufacturer did with its OS putter line — TaylorMade designers chose to take a page from the truss framework that’s used to support bridges, roofs and other structures.

Utilizing the truss design, the hosel now offers multiple contact points on the topline (location depends on the head model) to reduce the amount of “unsupported mass.” A traditional single contact point is forced to deal with during the stroke. What that means for golfers is a head that won’t twist at impact, leading to more consistency. 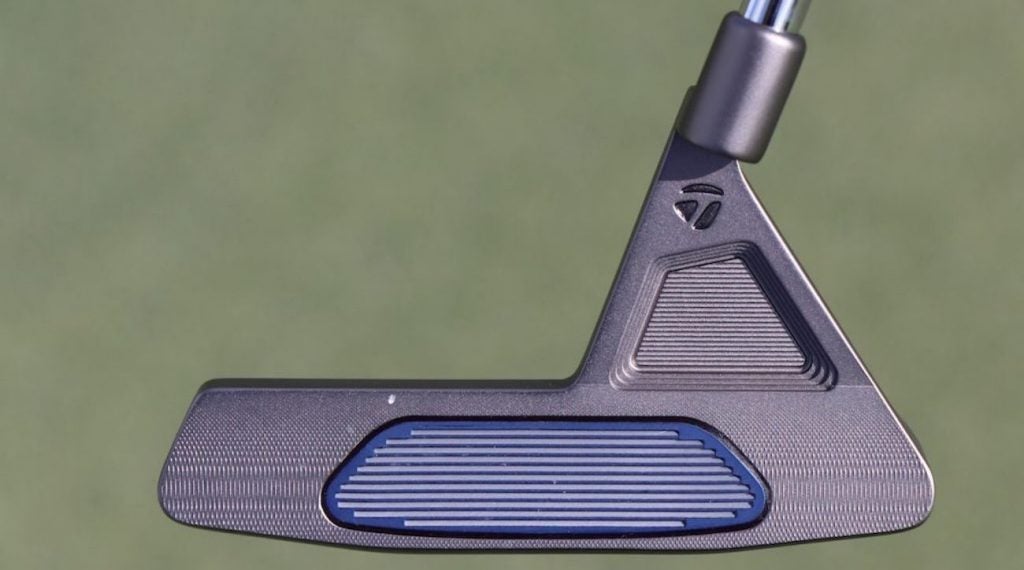 “Golfers like Dustin Johnson like the stability of a Spider, but they grew up playing a blade that looks familiar and comfortable to them at address,” said Bill Price, TaylorMade’s senior director of product creation, putter and wedge. “This is a way to give them that mallet stability with the blade shape.”

Because the hosel design is somewhat unconventional, designers paid attention to how it looked in the address position. The width of the truss structure is similar to what you’d find on a traditional hosel and blends in during the stroke.

Truss comes in four head models, including a heel-shafted blade (TB1) with an additional 8 grams of weight added to the toe to counteract the hosel design, and a center-shafted version (TB2). For the mallet users, Truss is also offered in heel-shafted (TM1) and center-shafted (TM2) options. The hosel expands almost all the way across the topline on TM2. 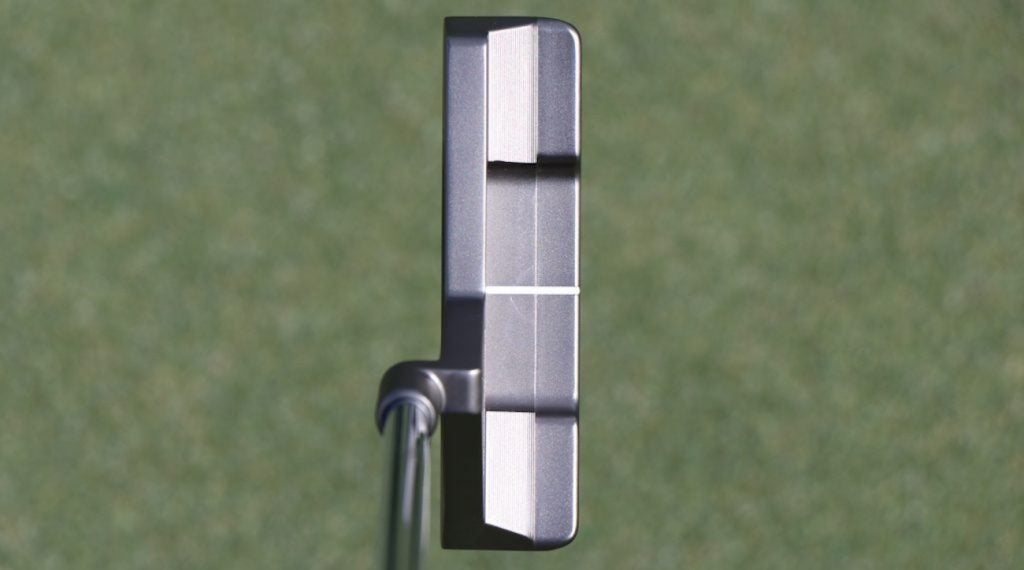 TaylorMade’s Spider S is the newest addition to the popular Spider line. Made from 6061 aluminum and 100-percent machine milled, the square frame is equipped with two 48-gram tungsten sole weights in the heel and toe to stabilize the head.

Tungsten was also added to the backbar to further dial-in swing weight depending on the length of the putter, performance and feel. The backbar comes in 55-, 65- and 80-gram units, with the 33-inch putter housing the heaviest tungsten back weight. With an MOI over 6,000-plus, Spider S is touted as the most forgiving Spider in the current lineup. 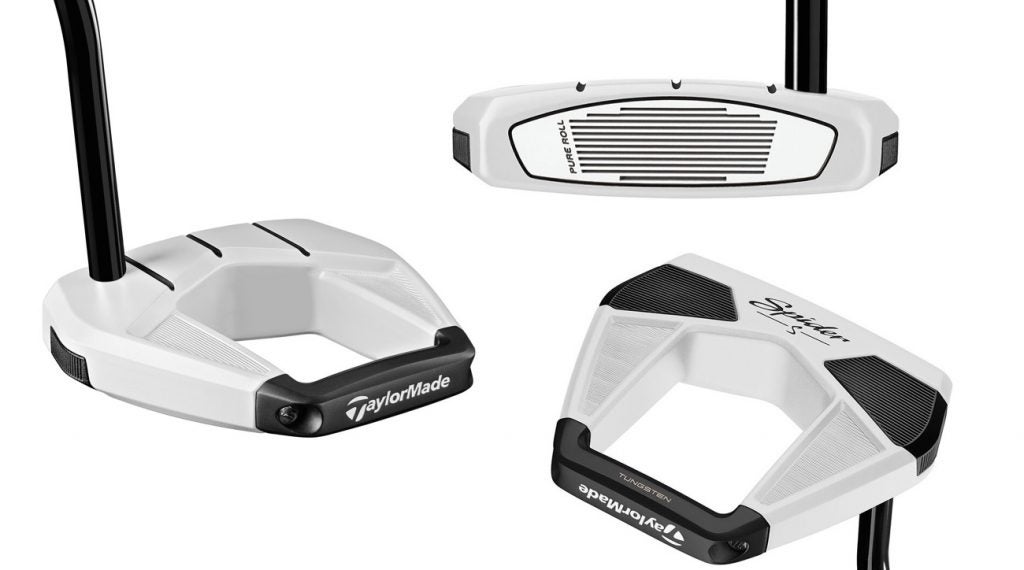 The putter is also outfitted with a thicker Pure Roll insert (5 millimeters) for improved feel, acoustics and roll.

“With Spider S, we utilize advanced materials and machine milling to create the highest MOI and most forgiving model in our Spider lineup,” said Price. “The beauty and performance of this putter is in all of the tungsten. We use more than 150g in each head to deliver precision weighting and optimal performance.” 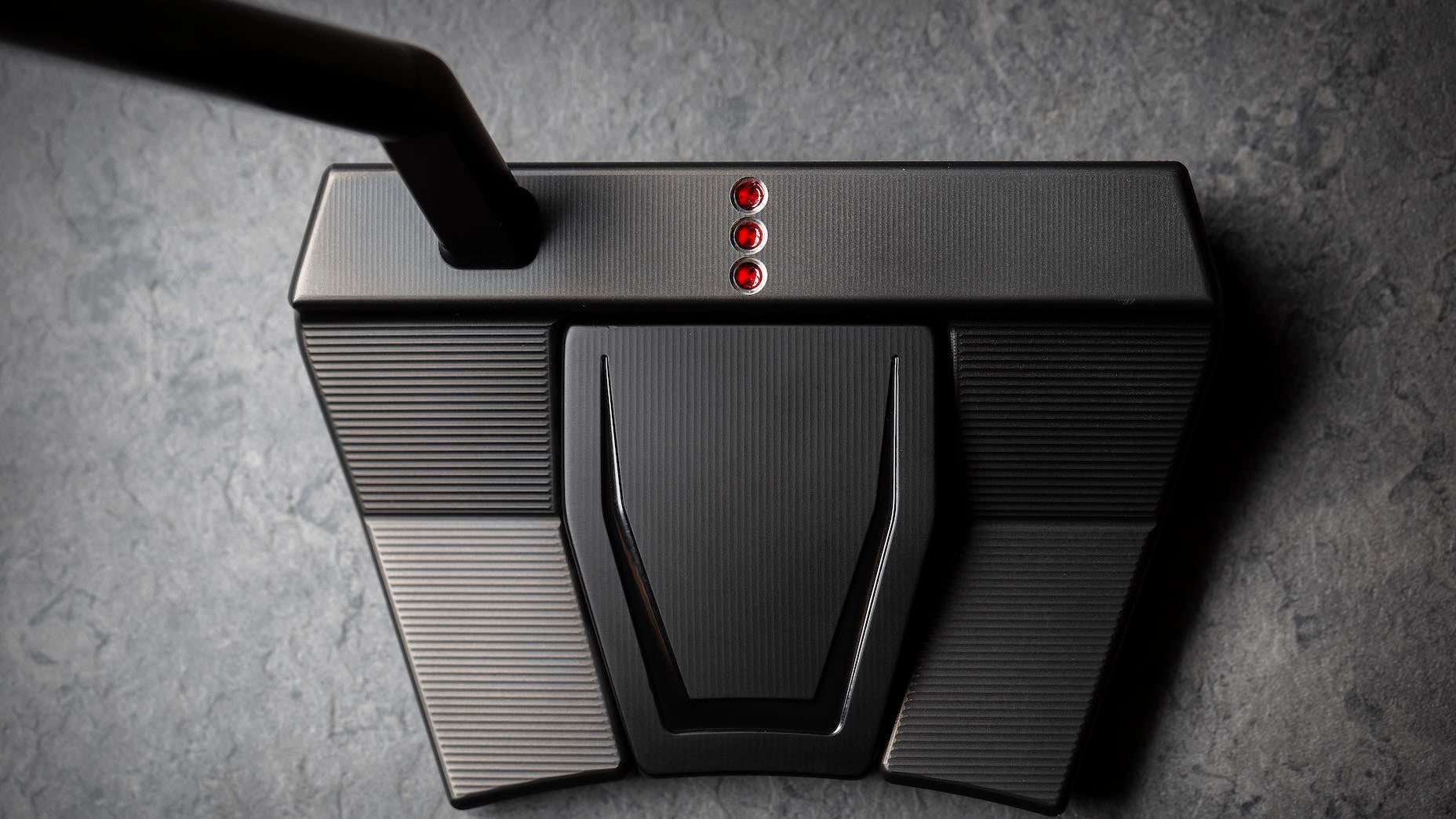