Our favorite things: The best from the PGA Merchandise Show

The 2019 PGA Merchandise Show takes place all week in Orlando, Fla., as the golf world converges for a week of the newest and coolest gear, gadgets, clubs, clothes and more. GOLF.com has you covered with boots on the ground to check out exactly what you, our loyal readers, might be looking for. Scroll below to see what we’re covering and visit this page frequently as we’ll keep adding more goodies to it throughout the week.

Now you can ride to the course and play on the course in the same vehicle. The introduction of motorbikes and scooters are responsible for making that happen. At PGA Show Demo Day, a pair of these exciting electric rides turned the heads of all that walked by.

Sun Mountain is well-known for their golf bags, and soon you’ll be able to toss them on the company’s own motorbike. Later in 2019, Sun Mountain will release the FinnCycle. Bags are secured right on the frame of the bike and it’s large enough to hold just about anything smaller than a staff bag. It has a minimalist design that’s reminiscent of a bike you probably grew up riding.

The FinnCycle maxes out at 15 mph. While that might be in line with your standard golf cart, there’s just a different open-air feeling that makes all the difference. One attention to detail that caught my eye on the FinnCycle is its driver head kickstand.

It’s an easy rider that I would love to take out for a solo twilight round.

If a standard-looking bike isn’t your thing, a Phat Scooter might be more your style. This ride resembles a highway cruiser you see doing low speeds with its fat tires. But the only cruising the Phat Scooter will be doing is right passed your golf cart at speeds up to 50 mph. It’s even street legal!

Where will you go? Start your #PhatAdventure today!

Unlike the FinnCycle, your bag goes on the back like a traditional golf cart and rides like a bike-scooter hybrid. “It’s like riding a couch” is the testimony Tour pro Pat Perez gave the Phat Scooter, and I don’t think he’s too far off with that statement.

This dual-purpose scooter is a great way to get around on and off the course.

Next time your significant other asks where you’re going, just tell them you’re going for a bike ride. It won’t be a total lie…

Demo Day 2019: 4 products that caught my eye on day one of the PGA Show

Tuesday was Demo Day, the opening event for the 2019 PGA Merchandise show in Orlando. Here are a few products that caught the interest of our in-house gearhead Mike Chwasky, including FinnCycle electric golf carts, yellow Bridgestone golf balls and more.

Bridgestone golf balls are back with a vengeance in 2019 as is their new fitting system (more on that coming soon), and while the new e Series is certainly noteworthy, the new optic yellow version of the Tour B XS is almost equally exciting. Like the white version that Tiger used to win the Tour Championship last year, the new yellow Tour B XS features a gradational compression core for higher initial ball speed and less sidespin, a SlipRes cover formulation for increased friction at impact, Dual Dimple technology for longer carry distance, and a proprietary seamless cover for enhanced consistency. According to the folks at Bridgestone, there’s been growing demand for a yellow option in the Tour B XS and soon enough everyone and anyone who wants one will be plenty happy.

The optic yellow Tour B XS will be available at retail on March 18th.

Sun Mountain Motor Sports, which is an affiliate of the Sun Mountain Sports company we all know and love that produces top-notch golf bags, is introducing what might be the most awesome single-rider golf cart to date. Designed to not only be serious fun but also speed up play, the new golf cycle has an electric motor and lithium battery that lasts for 36 holes on a single charge and can be ridden easily by just about anyone, even seniors. For easy access, the golf bag is secured in the center of the frame, which also adds stability while the cycle is in motion. Though the new FinnCycle will be available for purchase by individuals, it’s also aimed at golf facilities looking for a unique way to speed up play and enhance the overall fun factor.

FinnCycle will begin arriving at golf facilities in Spring 2019.

Big Max is the top pushcart and golf bag brand in Europe and has a serious eye toward the U.S. market with a new line of 100% waterproof bags. Comprised of three models including the Aqua Sport 2 ($299.99) cart bag, Aqua Wave stand bag ($249.99), and the Aqua Ocean ($229.99) compact stand bag, the entire Aqua series is built with a fabric with a waterproof rating of over 10.000mm for complete protection from the elements. Other features include sealed seams, specially designed waterproof zippers, and a host of other conveniences that make the Aqua line an impressive option for those who live and play in wet conditions.

The new Sacks Parente Golf Company has a lineup of flatsticks that are sure to impress any player that gives them a whack. The new Series 39 blade (available in both Players and Tour models) features an ultra-low balance point technology that helps square the head at impact, as well as an innovative lightweight face insert and more tungsten in the heel and toe areas than any putter currently made. The result is exceptionally high MOI, stability, and accuracy. Other features of the Series 39 blade include multi-material construction with a combination of surgical steel, AL24 (a proprietary alloy), and tungsten, extremely light and stiff custom shafts, and grips that weigh about half that of a standard model. A Series 54 Mallet built with many of the same technologies is also available.

‘The Cat is Back’: Lynx has some big-name competition in its sights

WINTER GARDEN, Fla. — Kevin Woolgar, the head of research and development for Lynx Golf, started with the company in 1978, packing boxes in the warehouse. Now, more than 40 years later, he’s fighting for the brand’s resurgence, one outside-the-box idea at a time. “It’s a progression, isn’t it?” he asks, explaining the rise to his current position as head of research and development.

A strange progression indeed. The year after Woolgar started, Lynx’s warehouse manager died unexpectedly. Facing tight times, Lynx turned to Woolgar to take over the position. The longer Woolgar shipped gear, the more he wondered why he wasn’t shipping more. So he became a salesman. But the more he sold gear, the more he wondered if he could make that gear even better. That led him to R&D, where he remains as top innovator today. 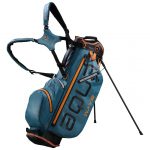 You may also like Our favorite things: The best from the PGA Merchandise Show

Woolgar is well aware of where Lynx has been, and he’s proud of its past. “We were innovators in our day,” he says. He’s right. The young club company gathered steam when Fred Couples started playing Lynx clubs in the 1980s, won the Masters with them in 1992, and Ernie Els won with Lynx at the 1994 U.S. Open. “We were always one, two steps ahead of the competition.”

Then came the dark days. Els left. Couples did, too. Eventually, Golfsmith swept in to purchase all of Lynx and turned the once-proud brand into an in-house manufacturer, deserting any focus on a premium product. Now Lynx is in the beginning of a turnaround.

In 2013, Steve Elford and his wife, Stephanie Zinser, acquired the brand and set out with growth in mind. They began in the U.K., which remains home base. And the effort has been effective; the company has seen double-digit growth percentage every year since the acquisition, going from the perennial butt of an online ClubProGuy joke to a rapidly-growing manufacturer. European sales are up 135% this year, Zinser says. And now, as of the PGA Show, Lynx is officially headed back to U.S. markets, too.

“Our goal since day one has been to reestablish Lynx as one of the top-five major golf brands worldwide,” Elford said. It’s a tall, unlikely task, of course. But the entire company seems set on pushing innovation and laser-focused on taking down the big guys. Elford’s words highlight that. “Breaking ground.” “Complete game-changer.” And, of course, the new slogan: “The Cat is Back.”

A look at the new line of clubs through Woolgar’s eyes reveals this same attitude. The new “Switch-Face” driver provides “ultimate adjustability,” with the ability to change faces into a uniquely crafted driver. Why has nobody done this before? “Why does anyone not do anything before they do it?” Woolgar counters. Fair enough.

A quick look at Lynx’s new players irons, the Prowlers (which retail between $800 and $1,000), shows a renewed focus on appealing to the game’s best. The playable blades aim to provide a level of forgiveness along with precision and feel, and options further down the price range.

“If you’re looking at these and thinking they look like PXG, you’re way off,” Woolgar says, referring to the black caps on the back of the Prowler Forged models, which resembles the pattern on PXG’s irons. “We had a black-cap design made up 15 years ago. They should be looking at PXG’s clubs and comparing those to ours!”

New forged cavity back from @LynxGolfUK and no, the weights aren’t moveable a la PXG. pic.twitter.com/PHTd4Cawwv

Go luxe! Check out these 13 premium items from the PGA Merchandise Show

If you’re looking for something for the golfer who has everything, the PGA Merchandise Show is the perfect place to search. With virtually every product under the sun on display, here’s a list of our favorite picks with a premium price point.

Ladies on the links: 16 great items for women from the PGA Merchandise Show

The PGA Merchandise Show is chock-full of fun items, from equipment to apparel and everything in between. Here are 16 of our favorite finds, sure to delight the fairest members of your foursome. 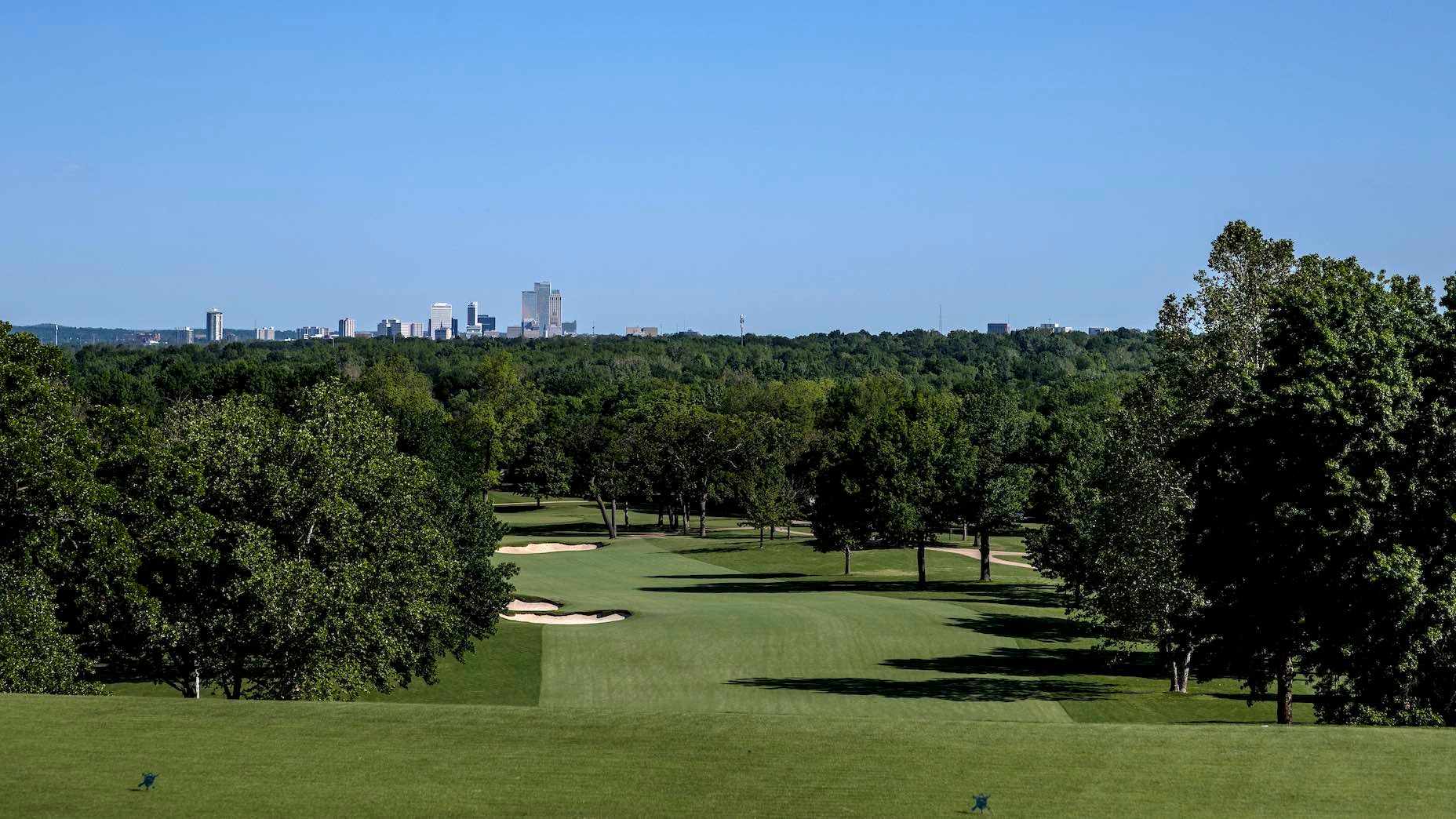 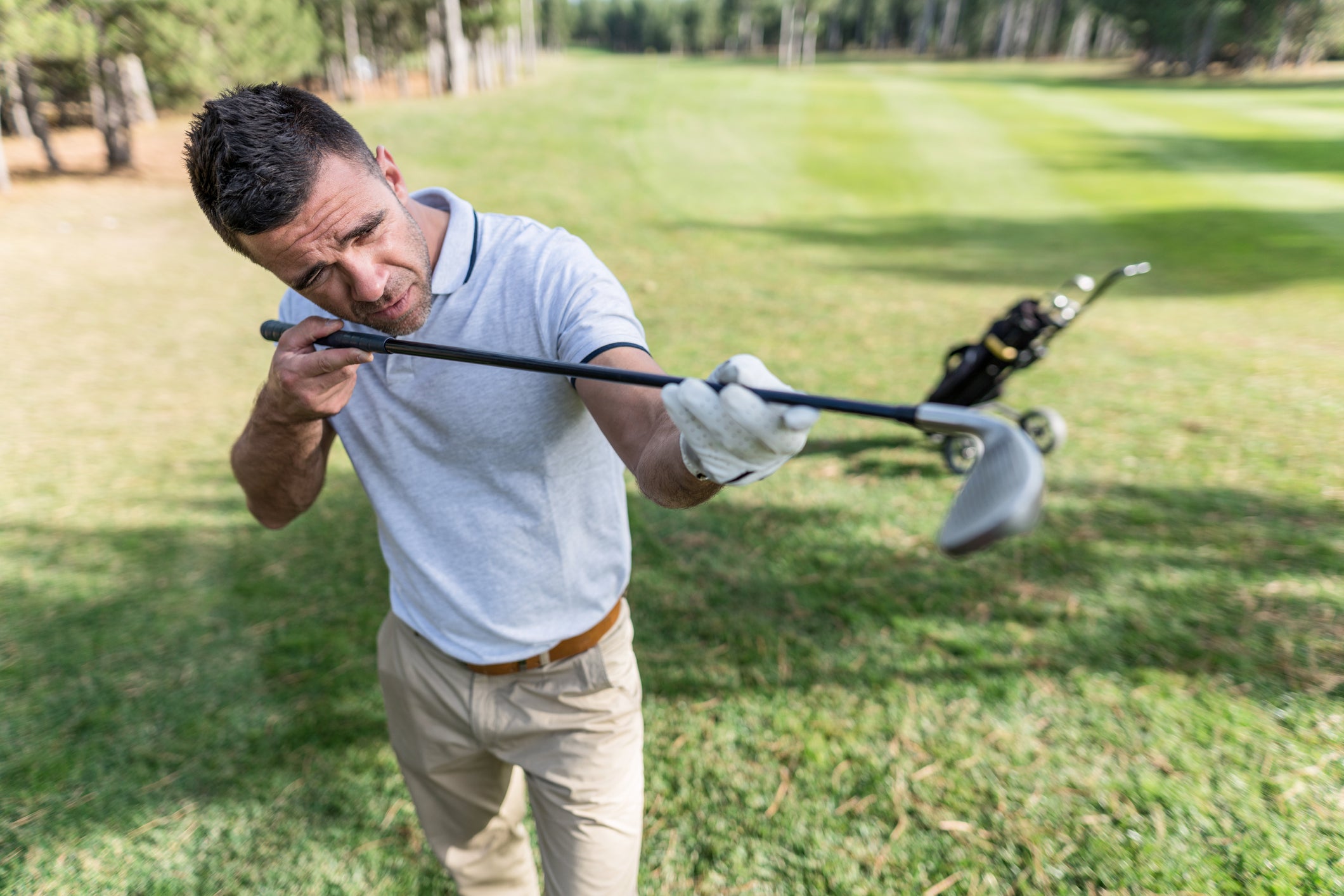 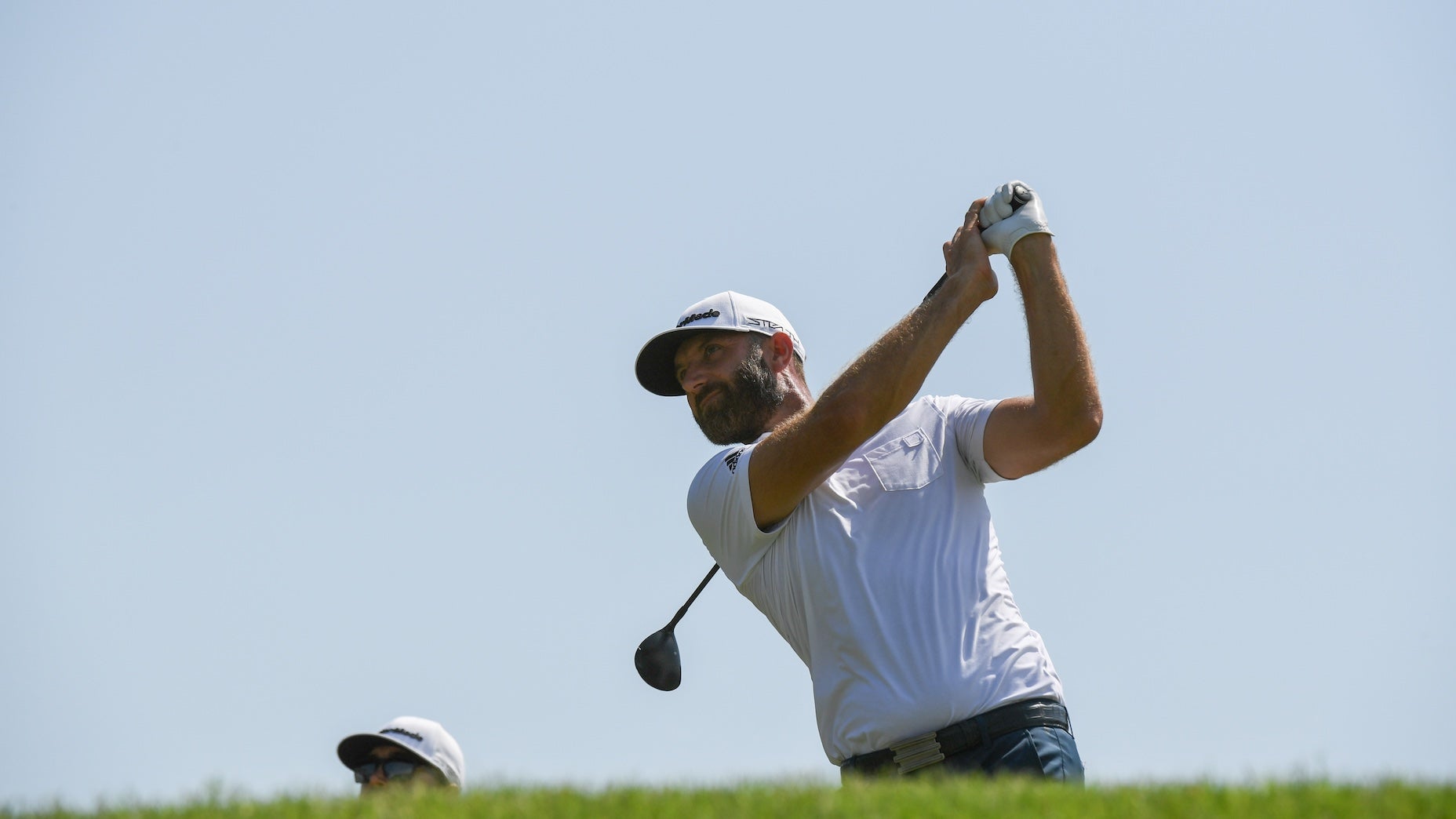 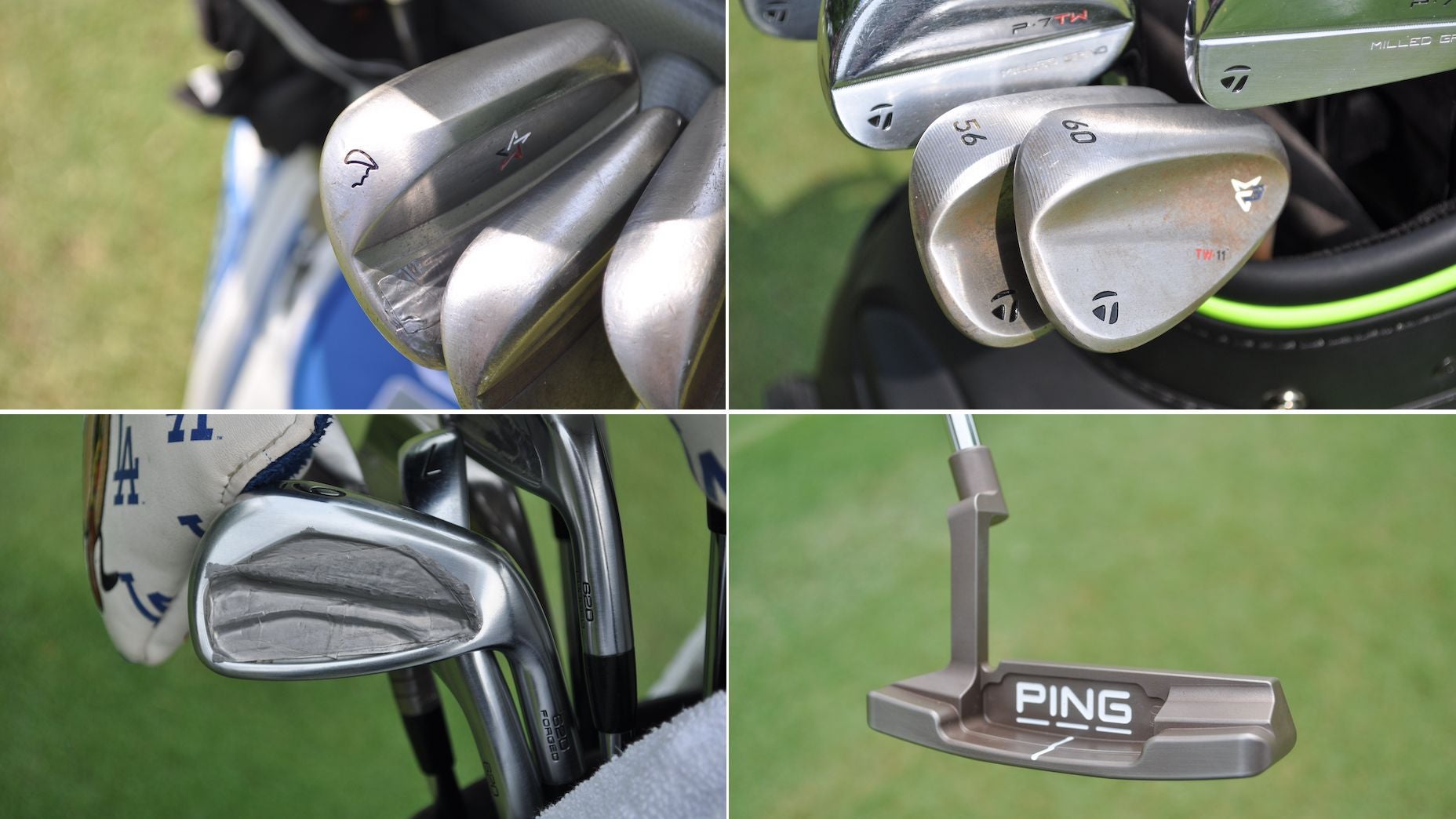 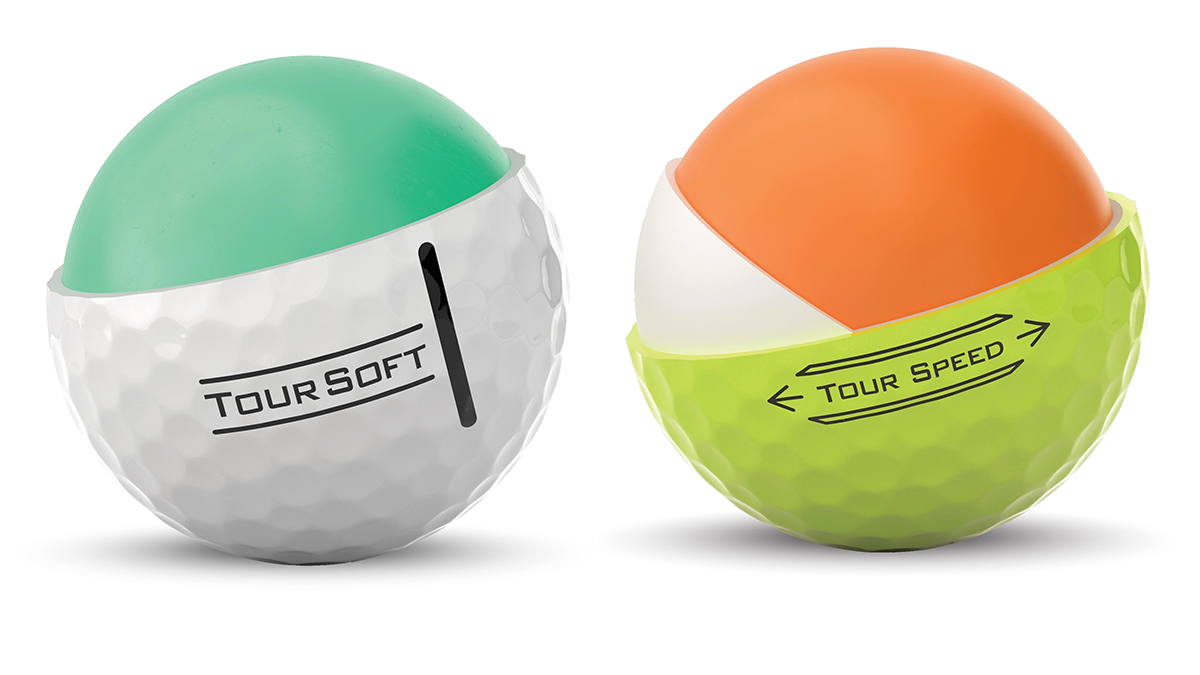