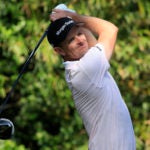 Justin Rose and Honma have officially agreed to part ways. Rose signed a multi-year deal with Honma at the beginning of 2019, but the company announced Friday that Rose will not continue as a Honma brand ambassador.

Alarm bells first started ringing when Rose – 14th in the world golf rankings – played in the Arnold Palmer Invitational at the beginning of March without a single Honma club in his bag. Rose nor Honma publicly addressed the matter, though, leaving many to speculate on the status and future of the relationship.

Now, months later, those rumors can be put to rest. Rose and Honma issued full statements in a press release from the company on Friday. Here are those statements in their entirety, as per Honma.

“Honma Golf Limited (“Honma”) announces that, following a successful partnership with the former No. 1 player in the world, Honma and Justin Rose have agreed that Justin will no longer be one of Honma’s brand ambassadors. We are proud to have been a key part of Justin’s journey to regain his position as World Number 1 in early 2019, including a win at the Farmers Insurance Open in his second event with Honma equipment in play.

“For over a year, Justin worked closely with our team to help develop innovative and top­ performing lines of Honma woods and irons. His pursuit of perfection, approach to product testing and feedback has produced great value to Honma. Justin’s expert input and desire for maximum ball speed inspired our team to make the Honma TR20 460 and 440 drivers among the fastest drivers in the game. Consistently, and excitingly, our nationwide team of fitters are seeing the new TR20 460 and TR20 440 drivers produce some of the fastest speeds on the market. We wish him the very best in his pursuit of more majors and career success,” said John Kawaja, president of Honma Golf North America.”

“I have enjoyed working with the Honma team and collaborating closely with them to design and develop excellent golf equipment. I was able to see firsthand the innovations that the craftsmen at Honma bring to their clubs. I am hopeful that during our time of partnership, we have laid the groundwork for Honma to continue to expand their brand. We both feel it is the right time to pursue our own paths.”