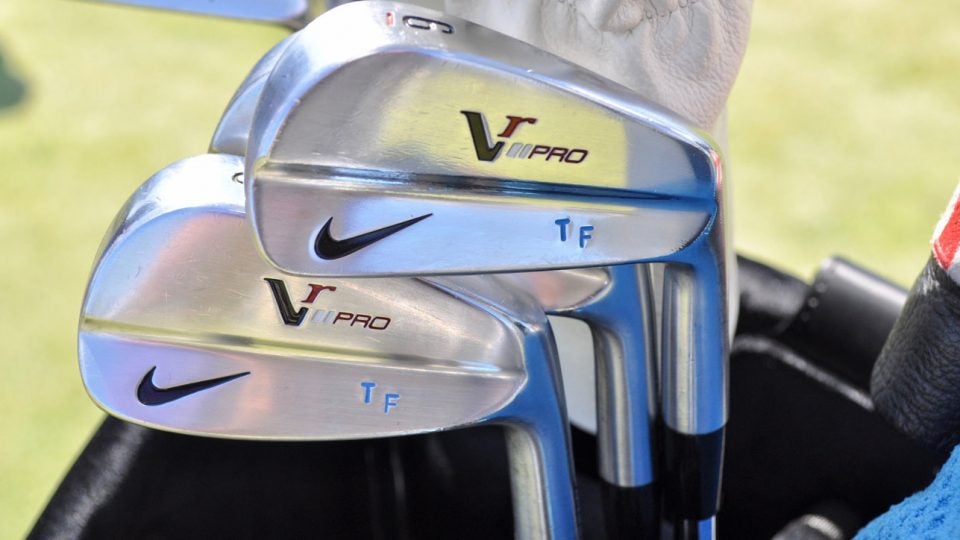 Tommy Fleetwood will need a replacement set for his Nike VR Pro blades at some point.
Jonathan Wall

Several months ago, Paul Casey told GOLF’s Dylan Dethier and Sean Zak he was ready to bury the story regarding a particular set of Nike VR Pro irons that Tommy Fleetwood was interested in acquiring to replace his current set when they bit the dust. But that didn’t stop Casey from playfully teasing his Ryder Cup teammate a bit on social media with a photo of the irons in question last week.

A former Nike equipment staffer, Fleetwood ran into an interesting dilemma last season at the WGC-Mexico Championship when he noticed the hosels on his 7 and 8-iron had been bent from wear and tear. Fleetwood went on to play with 12 clubs that week without a backup set in his locker, which happened to be at a friend’s house in Orlando, Florida. With Nike no longer in the business of making clubs, Fleetwood’s backup irons suddenly became his last set. 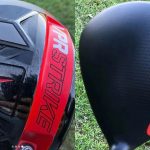 You may also like The Club That Never Was: Nike’s VPR Strike driver surfaces on internet

That led him to quietly start looking around for a fresh set during the season. Which brings us to Casey, another former Nike player, who just happened to have a mint set at his home. The only problem was Casey didn’t have any interest in parting with his VR Pro irons that have essentially become a collector’s item with the Swoosh’s departure from the hard-goods industry.

GET CUSTOM GOLF CLUBS TAILORED TO YOU WITH JUST ONE FITTING

“They are as rare as rocking horse poo,” Casey said. “And I will not sell them to him. Or put it this way, he hasn’t offered me enough money. They look beautiful, by the way, and I haven’t used them. They’re the kind of clubs you could hang on the wall.”

So what makes the irons so special? Aside from the fact they are no longer produced, Fleetwood (and Casey’s) particular irons come in a satin finish that was only offered through Nike’s Tour department at the time. In other words, it’s not as easy as finding the first set available on eBay and purchasing them. 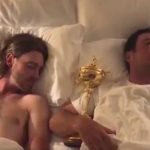 You may also like ‘I’d give you 5 out of 5, Frankie’: Molinari, Fleetwood star in hilarious ‘morning after’ video

Fleetwood eventually admitted Casey’s irons weren’t really an option for him, due to the fact they had Casey’s initials stamped on each head. By then, the story had gone viral — to the point that average golfers with new or gently used sets of Nike VR Pro irons were reaching out to Fleetwood through social media to offer up their clubs. The story has died down in recent months, but leave it to Casey to stoke the fire one last time, just for giggles. 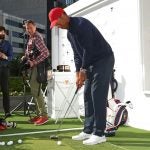 You may also like What’s with the Scotty Cameron mallet putter Tiger Woods was using in Australia?

Given the success Fleetwood had with the irons this year, it may be worth it to make one last-ditch offer — and then find a way to get Casey’s initials removed. If that doesn’t work out, Fleetwood said he’s already come to terms with the possibility of using a different model that wouldn’t make life so difficult if he dinged up a club during the course of play.

“Honestly, changing might make life easier if something went wrong with a set from another manufacturer,” Fleetwood said. “I could get them fixed and it wouldn’t be a struggle.”