Behind the Design: How Callaway’s Apex 19 irons fly far and spin just enough 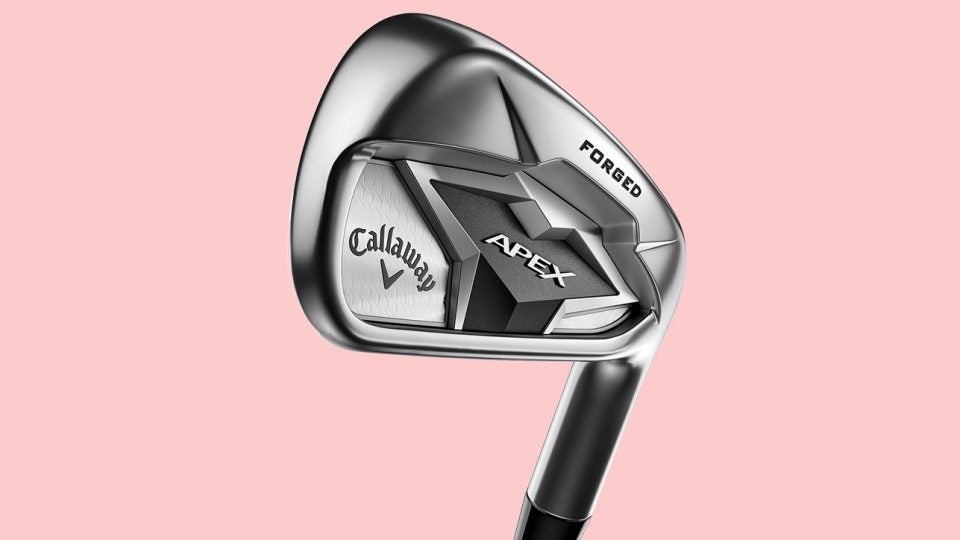 The previous Apex Irons, the CF 16, debuted three years ago. Why so long between iterations?
Alan Hocknell, SVP, Research and Development, Callaway Golf: Our internal mantra is that nothing is allowed to get out of R&D unless R&D is proud of it. It turns out that R&D is a pretty hard judge on itself. The Apex CF 16 was kind of a breakthrough, and improving upon it took a fair amount of investigation. It took time to simulate on the computer, to prototype, to develop new manufacturing processes to get to the iron that’s the Apex 19 and its brother, the Apex Pro 19. Overall, this is a sophisticated system of technologies all working together. You can talk about the contribution that each technology makes, but the sum is almost larger than the parts.

Some consider the Apex CF 16 irons to have invented the “player’s distance iron” category. How do you define this audience?
AH: We find that a wide range of golfers play quite well with these irons. Yes, there’s a case that Apex may not be right for those who might play irons like the Big Berthas—lighter, with wider soles and lower centers of gravity with a focus on easy launch. But it’s hard to put a cutoff on it. Everyone has their own challenges; it’s one reason that custom clubfitting is taking the game by storm. We don’t want to prescribe who, exactly, the Apex is for. A lot of people just like its premium, timeless, classic look. Even if we tell some people, “You might not be exactly the target market,” they say, “I don’t care—do what you can to get me into it.”

There’s also a Pro model, and a combination set that uses Apex 19 long- and mid-irons and Apex Pro 19 short irons. How do you expect sales to break down?
AH: Traditionally, maybe 15 percent of irons would have been the Pro model. That’s likely to increase, as that club is also a bit of a breakthrough. It’s the first time we’ve put all of the player-enhancing performance benefits into a forged iron the shape and size of a pure Tour player’s cavity-back iron. The combination set has also proven to be particularly popular. We’ve got a range of clubs here that covers a pretty wide range of golfers.

Fair to say that lack of sufficient spin has been a concern in this category of irons?
AH: Everybody’s a bit focused on distance right now, and that’s okay as long as you can control that distance consistently. That’s where some of the concerns start to appear. You’ve got these more energetic irons with slightly stronger lofts and lower centers of gravity. And you’ve got some golf balls that achieve distance benefits through lower backspin. Some of the evidence was starting down the path of getting yourself into conditions where you don’t have enough spin in these players’ distance–type irons.

How did Callaway address that issue?
AH: Essentially, we wanted to take all the energy that’s applied by the golfer to the ball and divide it up in different ways. A lot of that energy goes in the direction of speed, but we wanted to put some of that energy back into spin—adding backspin to shots that might otherwise have too little. We were able to use the interior shape of the [variable thickness] clubface, essentially sculpt it so that when the club and ball are in contact with one another, the face takes on a slightly different deflected shape than it would if we just had a uniform-thickness face. This difference in the deflected shape is responsible for adding extra backspin to the shot that it otherwise wouldn’t have. We’ve got such speed and power in the face now that we can take a bit of that energy and put it back into spin, creating a really good blend of speed (and, therefore, distance) and consistency while keeping backspin rates higher than what they’ve normally been.