It’s good to be Francesco Molinari. On the heels of a season that produced the Claret Jug, a spotless Ryder Cup record and two other worldwide victories, the Italian inked a lucrative multi-year deal with Callaway at the Arnold Palmer Invitational — and then proceeded to take home $1.638 million for winning at Arnie’s place. 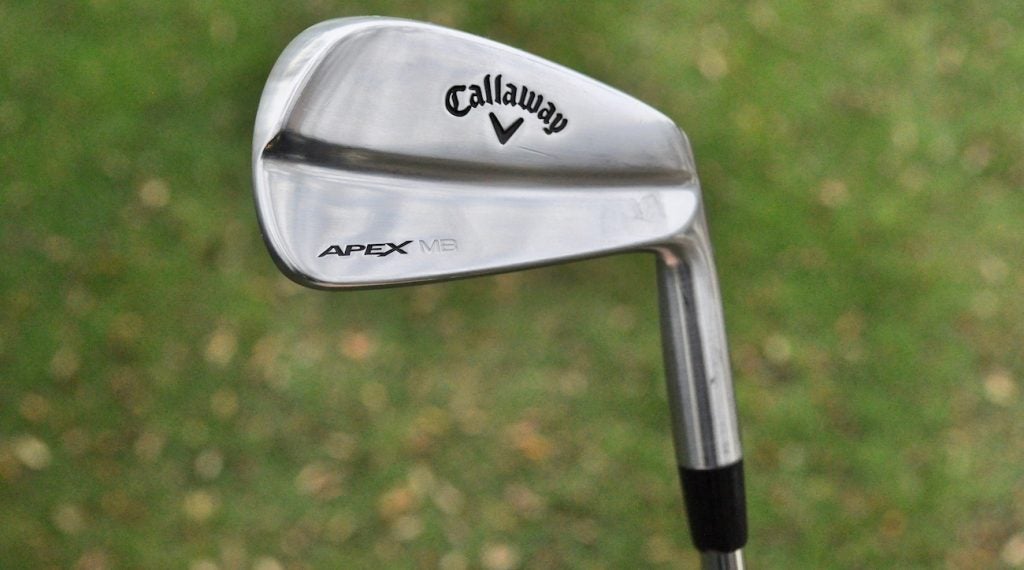 But forget about the shiny trophies and truckloads of cash for a second. There’s another reason why it’s good to be one of the best golfers on the planet: Custom clubs. If you think all custom clubs are created equal, well, you’re sorely mistaken.

Learned from Francesco that his Callaway Apex MB prototypes were forged in Japan. Picked them up in Mexico. One of only three sets on planet ?. ? pic.twitter.com/6wv3Mh4TZO

For example, take a closer look at Molinari’s Callaway Apex MB 18 irons. Prior to signing with Callaway, Molinari was using a set with the same high-polish chrome finish you’d find at retail. But in the weeks leading up to his official unveiling at Bay Hill, Molinari received a fresh set at the WGC-Mexico Championship that featured a muted satin finish and different muscle pad shaping.

Molinari confirmed to Golf.com that the irons aren’t your standard set.

“These [Apex MB] forged blades are made, I think, in Japan, so they’re slightly different from the standard muscleback,” he said. “I had the standard blade at [the Sentry Tournament of Champions], so this is brand new. I played with it in Mexico. I got it three days before Mexico, hit them for two days, and then put them straight in the bag.”

Not only are the irons specially forged in Japan, Molinari’s set is one of only three that were produced. Using the term “ultra-rare” feels right in this particular situation, based on the scarcity of Molinari’s sticks. It’s also just another reason why it’s good to be Francesco Molinari.

With the Masters less than one month out, some players are already looking ahead to possible club changes at Augusta National, including Rory McIlroy, who’s contemplating taking a page out of Phil Mickelson’s book and adding a 64-degree TaylorMade Milled Grind Hi-Toe lob wedge.

The tightly-mown turf around the greens is where McIlroy likely sees the benefits of a 64-degree. While the level of difficulty is ratcheted up a few notches with less bounce and more loft, it’s easier to bring the ball in higher and land it softly on the firm putting surfaces.

It’s no secret that Jordan Spieth has used the same Scotty Cameron 009 since junior golf. What few realize is Matthew Fitzpatrick has employed a Yes! Tracy II putter for just as long, going all the way back to when he was 13. Like Spieth, Fitzpatrick has put the trusty wand on the shelf at different points since he turned pro.

The latest instance came at Bay Hill, where Fitzpatrick switched to a Bettinardi BB1F Tour Proto. The Englishman finished runner-up and ranked 15th in strokes gained: putting with the new wand, which has a similar look to the Tracy II.

One noticeable change for Fitzpatrick was a move away from Yes’s grooved insert to a more traditional milled face that likely altered feel and roll.

As a number of high-profile names transition into putters at longer lengths, Ryan Moore went the opposite way last week. Moore has historically used a putter in the 34-35 inch range but chose to go with a PXG Brandon Gen2 Prototype blade at 32.5 inches. The shorter length allowed Moore to get in a more comfortable position over the ball and let his arms hang freely at address.

Updated the @APinv equipment photo gallery with a few more images from this week. https://t.co/rW2uaM49VY pic.twitter.com/sQT4K56qDT

Moore’s putter happens to be a Tour-only offering with a different weight configuration than the retail version. Weight are located in the heel and toe of the sole and range from 2.5 to 20 grams. The head of Moore’s putter is 100 percent milled and no longer features the company’s milled insert.

The head is also a separate piece from the neck, meaning Moore can pick from a multitude of neck and head options and have it ready to test same day. 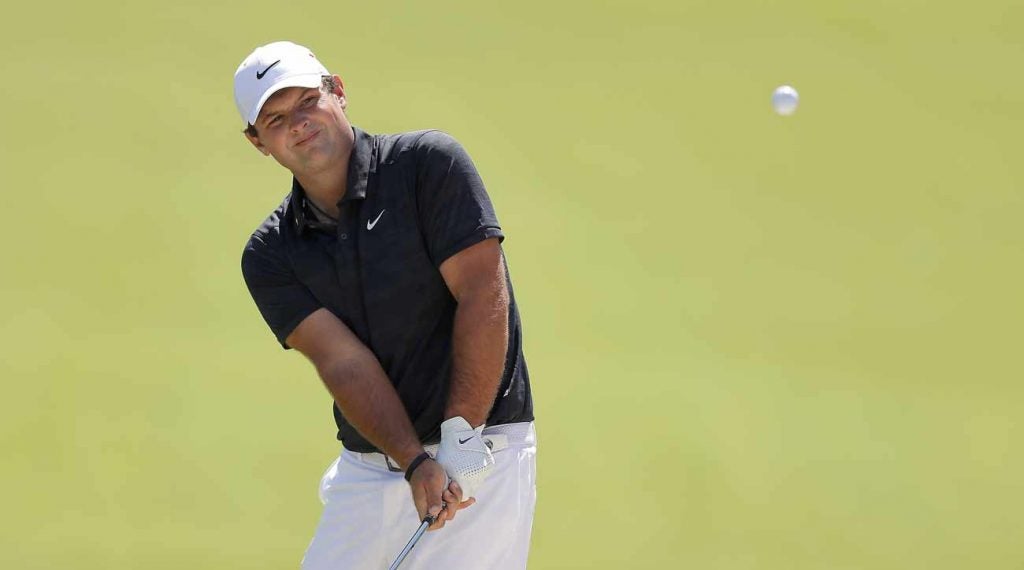 Patrick Reed has his eyes on a new golf ball.
Getty Images

Patrick Reed tested Srixon’s Z-Star at Bay Hill and found it to be to his liking. Reed reportedly liked the high launch the ball produced with his irons, and the soft feel/spin it provided around the green. Brandt Snedeker (Z-Star XV) and Brendan Steele (Z-Star XV) have also been testing Srixon balls recently.

In the midst of his win last month at Pebble Beach, Phil Mickelson made it clear he wouldn’t be changing drivers ahead of the Masters. But instead of sticking to the script, Mickelson made an about-face at the Arnold Palmer Invitational and returned to Callaway Epic Flash Sub Zero.

For those asking about why Phil isn’t using Epic Flash again this week, he said yesterday that he’ll be sticking with Rogue through the Masters. pic.twitter.com/n7cgaqS1o9

A Callaway representative confirmed Mickelson began working with Epic Flash Sub Zero recently to get it dialed in and liked how it released the same as his 3-wood, hybrid and irons, which is something he had been looking for in an effort to line up his release patterns. Mickelson returned to the driver for the final round in Mexico and felt comfortable enough with the club to keep it in the bag at Bay Hill.

Aside from marking the ball, Keith Mitchell found another use for his permanent marker. Mitchell marked out the score lines on his Mizuno ST190 to eliminate the shut look he was seeing at address. According to Chris Voshall, Mizuno’s brand manager, the company’s driver has a more rounded heel than other offerings on the market.

Check out Keith Mitchell’s Mizuno ST190 driver. Filled in scoring lines on the face with a sharpie. ? pic.twitter.com/ih27bmTxwb

Particuarly in the heel portion of the face, Mitchell was able to obtain a square look at address simply by blacking out the lines. Mitchell followed up his win at the Honda Classic with a T6 showing, while averaging 308.7 yards (7th in the field), so the DIY marker job seems to be doing the trick.

Tommy Fleetwood made one under-the-radar club change and replaced his TaylorMade P7TW 4-iron with a Srixon Z785. Going from a muscleback to a cavity-back model gives Fleetwood a bit more forgiveness at the top of the bag, something many professionals have embraced in recent years. But unlike many of today’s game-improvement long irons and driving irons that prioritize ball speed and distance, Fleetwood can still work the ball due to Z785’s small profile and minimal offset.

Rafa Cabrera Bello put two Titleist TS3 fairway woods (15 and 18 degrees) into play for the first time after undergoing testing with Tour rep Jim Curran on the Bay Hill range. Compared to his 915 fairways, Cabrera Bello found an additional 5-7 yards with TS3 and noted it how easy it was to hit it through his preferred flight window.