Feel versus real is something golfers have likely dealt with at some point in their career. You feel as if you’re swinging a certain way or aimed in a particular direction, when in actuality, what you’re seeing or feeling isn’t matching up with a reality.

This isn’t something that’s an amateur-only issue. It’s a problem at every level, including the professional ranks.

“The disconnect of feel versus real is very real,” said Kris McCormack on the latest episode of GOLF’s Fully Equipped podcast. “It never ceases to amaze me how far apart those are at times. You’ll get a player that feels as if they are in-to-out, when they’re actually 7 degrees out-to-in.”

Tommy Fleetwood recently went through his own “feel versus real” situation on the putting green with instructor Phil Kenyon. For years, Fleetwood relied on a single, thin Sharpie line placed over the side stamp on the ball to assist with alignment, but as Fleetwood and Kenyon would soon learn, the aid was no longer helpful.

In other words, what Fleetwood was seeing and feeling didn’t align with reality. A slight variance at the professional level is the difference between winning and coming up short, so Fleetwood went to work figuring out a solution.

Along with adding a thicker line to the cover, Fleetwood also discussed the idea of trying out TaylorMade’s TP5x Pix ball to see if a combination of the pixelated markings and line could improve his aim. Before Fleetwood took the ball for a spin, he received a crashcourse from Rietveld on the overall design and the benefits Pix could provide compared to the standard TP5x.

“He actually didn’t know exactly how Pix worked,” Rietveld said. “He thought it was just triangles that went end-over-end when you hit the ball. Once he learned those triangles can actually help you when lining up, it was a bit of a eureka moment.”

The “triangles” on the cover are part of Pix’s ClearPath Alignment. When aimed and impacted correctly, the pixelated parallel markings are designed roll end-over-end on the green, creating a pathway on the ball as it rolls.

After making the trek from the UK to Las Vegas for the CJ Cup, Fleetwood went to work testing the ball on his own to see how it performed not only on the practice putting green but the course as well. 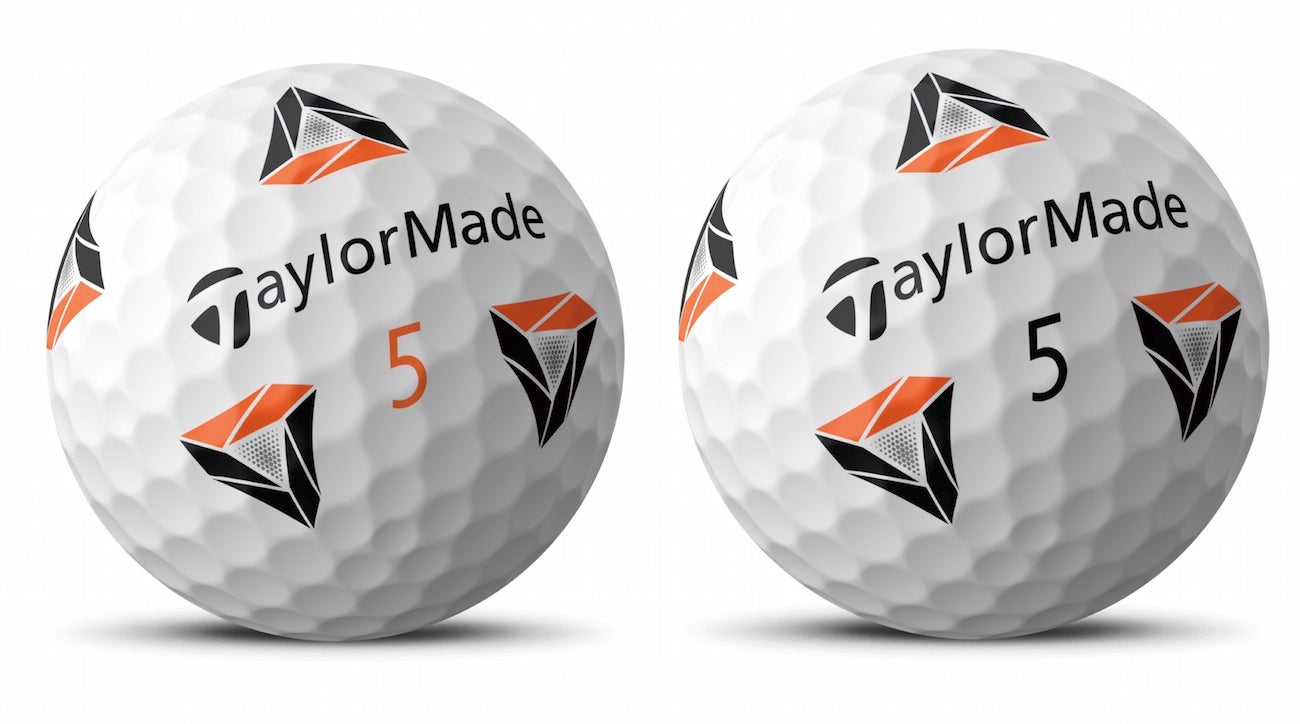 Both the TP5 and TP5x are available with the Rickie Fowler–designed Pix pattern, updated in 2020 to create a ClearPath Alignment.
BUY NOW

“He had a bunch of questions for me about the ball, and it wasn’t just about the Pix design,” Rietveld said. “He wanted to know if it was the exact same ball as the TP5x he was using, as well as where it was manufactured. He’s very exacting when it comes to his testing and wants to make sure certain variables are the same to get an accurate test.”

What Fleetwood noticed almost immediately was how the combination of Pix and the line helped shore up his aim issues with the putter. But Fleetwood still wasn’t sold. After testing the ball on his own, Fleetwood summoned Rietveld to the 13th hole at the Summit Club to see how TP5x Pix and TP5x stacked up with a launch monitor spitting out the numbers.

For the next 6 holes, Fleetwood hit two balls with the standard TP5x and the Pix version on every shot to ensure performance was the same in every situation. What Fleetwood learned in the brief on-course testing situation was the ball not only performed like his current TP5x, it helped solve his aim issue on the course.

“It’s one thing to find comfort with, in his case, a different looking ball on the practice range,” said Rietveld, “but it’s another to have that comfort transfer almost immediately to the course in every facet. He’s not the easiest on equipment and always puts something new through the paces, but he saw real results in his first few events with the ball. For him, that’s all the validation he needed to know it was a better option. Being able to align what he was feeling with what was really happening, particularly on the greens, is invaluable.”

Want to overhaul your bag for 2021? Find a fitting location near you at GOLF’s affiliate company True Spec Golf. For more on the latest gear news and information, check out our latest Fully Equipped podcast.