Three different golf hole solutions, each with pros and cons.

No industry has gone unaffected by the spread of coronavirus, but golf being one of the few outdoor, recreational sports means the gameplay of it has stayed the same. The biggest change involves the golf holes themselves.

Some courses have put pool noodles into the holes to prevent the ball from dropping in. Others have started inverting the cups themselves. And then there’s the EZ Lift, an invention that’s popping up at golf courses nationwide. Over the past few weeks I’ve gotten to play all three, so here’s a quick rundown of what I think about each. 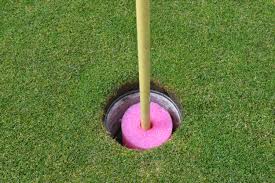 This, probably, has been the most common solution to the don’t-reach-into-the-golf-hole-because-of-germs problem. Take a pool noodle, cut it down to a few inches, put it in the hole so the ball never goes deep within.

It’s definitely the cheapest solution, so courses get credit for that, and of the three I’ve played, it’s probably my second-favorite option. The only downside, apart from not being able to take out the pin, is that — if the pool noodles are cut too high — certain putts can bounce off it and back out of the hole 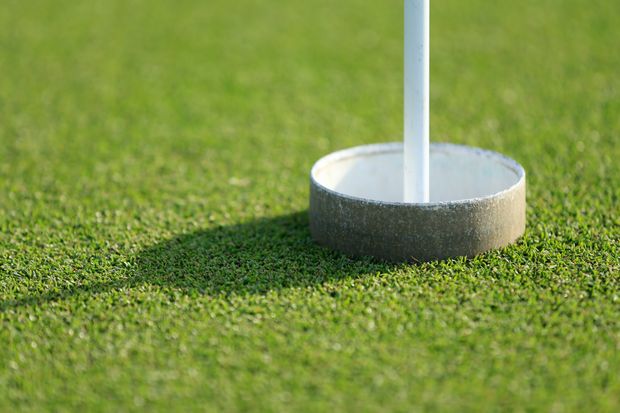 I’ve played one round on a course who chose to invert their holes, like this, and I’m not going to lie: It was by far my least favorite of the three options. Why? Because unlike the pool noodle, which may have the occasional putt bounce out of the hole, every putt that dings into an inverted cup is called into question. Players can slam their ball into the cup and technically that counts all the same as a putt rolling into it at perfect speed, because there’s no way of proving one or the other.

And then, of course, there’s the hole-in-one issue. What happens when you hit a perfect shot from the tee and it dings into the hole and bounces away. Does that count as an ace? What should be a happy moment has turned into an ethical squabble.

At the end of the day, if this is what it takes for us to play golf, I’ll take it, and it remains a pretty enterprising solution to a tricky problem. But given the choice, I’d rather the pool noodle. 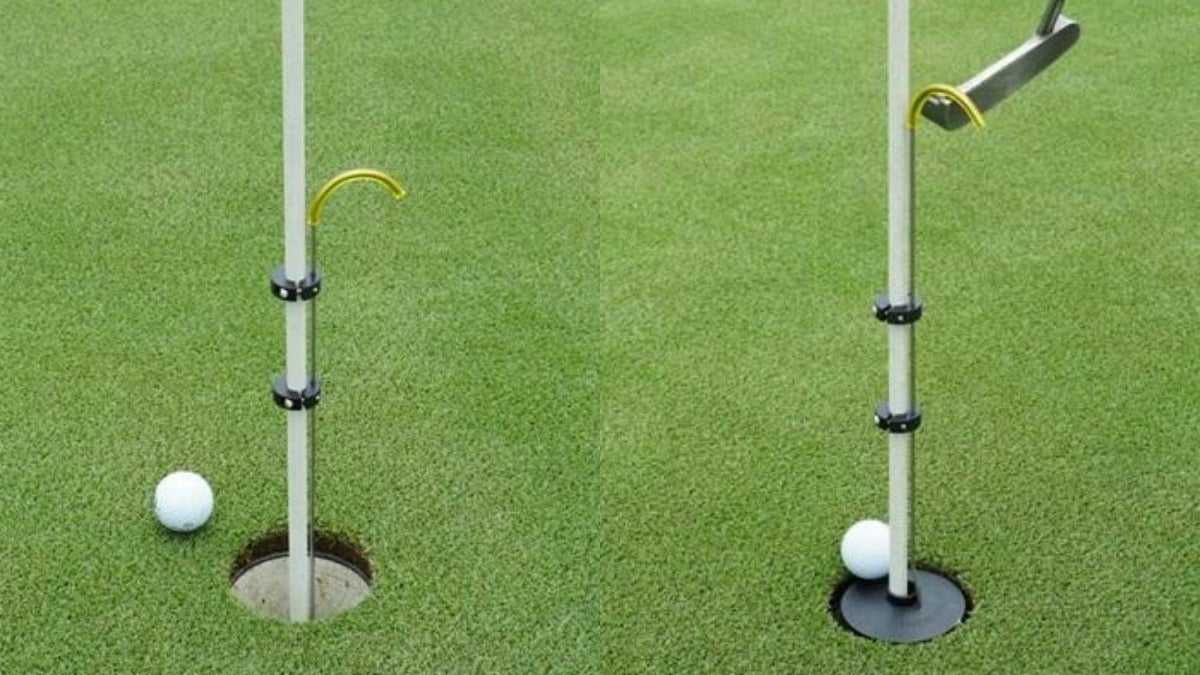 And then, of course, there’s the EZ Lift. I’ve played exactly one round with it, and I genuinely enjoyed it — so much that I’d petition to keep these for when things return to normal. It was delightful not having to bend over to collect your ball every time, and the best part is that you still have the option of removing the flag if you want to (though on the day I played with one, the course instructed us to leave the flag in the hole.

The only downside is that the act of pulling the elevator to lift the ball up out of the hole would create a slight volcano effect around the hole, meaning the edges of the cup would lift slightly higher. Truth be told, I didn’t notice it affecting any of my putts, and like I said, I’d be very ok with these sticking around in the future.