Why Tiger Woods memorabilia has been booming recently 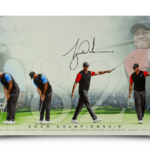 Some Tiger Woods authenticated items, like this poster, sell for thousands of dollars.

The desire for valuable and rare memorabilia items is not uncommon in golf, a game that prides itself on tradition and history. Ranging from tournament winning putters to greens jackets — serious golf fans have been known to pony up the cash when an item they seek becomes available. However, during the COVID-19 pandemic, there has been a serious uptick in a certain, perhaps long overlooked, type of memorabilia: Tiger Woods memorabilia — including trading cards, large format prints, and posters amongst other collectibles. One quick eBay search, and you’ll find his Upper Deck cards selling at prices ranging from below $20 into the thousands.

As Gabe Garcia, the Senior Brand Manager at Upper Deck, notes, demand for Tiger products has been steadily increasing since even before the pandemic. Even during Rory McIlroy’s dominant run in 2014, and Jordan Speith’s championship performances in 2015, demand for Tiger stood out.

“I think, even during the slower times, so we saw people buying Tiger Woods memorabilia because I think it was more of an appreciation for his past attributes and achievements throughout the years,” Garcia said.

Yet, it was his Tour Championship victory in 2018 and subsequent victory at the Masters in 2019 that really cemented the increase in demand.

“Having Tiger Woods back, winning in 2018 (the Tour Championship) was very good in regards to Tiger and [his] memorabilia,” Garcia said. “And you know, he put a complete stamp on it when he won the Masters in 2019. And we haven’t seen a slowdown since.” 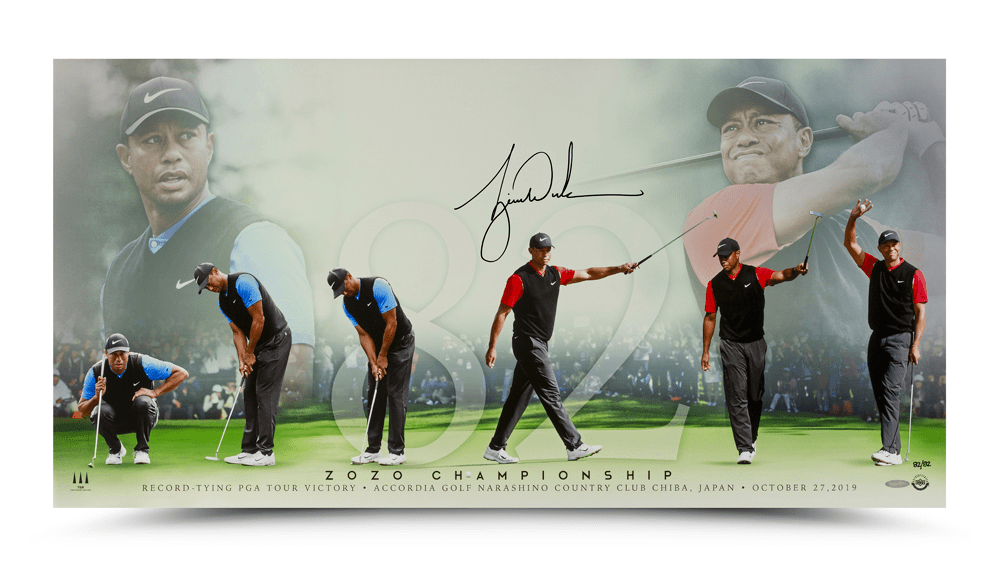 Brand New: An item that has never been opened or removed from the manufacturer’s sealing.
Buy Now

While demand may be extraordinarily high, Garcia also stresses caution when purchasing any memorabilia; according to Garcia, about 90% of the items on the marketplace are either forged or contain a fake signature.

“There’s a lot of interest and a lot of demand for memorabilia and collectibles,” said Garcia. “ And It’s not worth spending four, five figures on something and not having that guarantee that your product and your investment, and your hobby is not authentic and it’s not real… so it’s a huge issue in the marketplace.

Consumers have less to worry about Upper Deck Tiger memorabilia. Tiger has had a long-standing relationship with Upper Deck — over twenty years — and his signed items have gone through the rigorous Upper Deck five-step authentication process, which includes: his autograph being witnessed by an Upper Deck representative, the autographing session being recorded, a unique serial number hologram being affixed on each piece — each of which also includes a separate certificate of authenticity.

Nonetheless, when a Tiger product is authenticated and actualized, there is often a real, significant desirability to it.

“When you have these athletes such as Tiger, Michael Jordan, LeBron James to name a few that are under the Upper Deck authenticated umbrella. You know, they’re hard to get. They’re rare. And they’re just a lot of value there,” Garcia said.