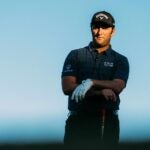 Jon Rahm's deal with Callaway will go down as one of the biggest of the last decade.

I’m going to assume you’re asking about equipment signings for 2021, but I think this is a good opportunity to take a look back at where gear deals have come from and where they could be headed in the future.

To answer your question, I can tell you Rahm to Callaway is as big as it’s going to get for this year. For some, that news could come as a major disappointment. But when you throw in Tommy Fleetwood signing with TaylorMade and Jason Day going the brand-agnostic route, it’s actually one of the busiest signing periods we’ve seen in several years.

My GOLF colleague Andrew Tursky called the Rahm signing one of the most significant in the last decade on this week’s Fully Equipped podcast. I’d have to agree. Rahm is just 26, enjoyed a stint at the top of the Official World Golf Ranking in 2020 and has 12 worldwide wins.

That’s one hell of a resume for a guy who’s just entering the prime of his career. The terms of Rahm’s Callaway deal weren’t disclosed, but I can tell you the number is significant, especially when you add in the TravisMathew apparel. With Rahm and Xander Schauffele now under contract, Callaway’s Tour staff is well-positioned for the future.

If you include Dustin Johnson’s recent multi-year extension with TaylorMade, I can’t see much movement at the top of the world ranking in the next few years. That doesn’t mean there won’t be a few surprises, but as the money earmarked for endorsement deals continues to shrink, the definition of a “mega-deal” will continue to change.

If you’ll recall, Rory McIlroy earned a staggering sum when he signed with Nike at the start of 2013 — better known as the zenith for equipment mega-deals. We haven’t seen a deal anywhere close to McIlroy’s financial windfall since that point, and we likely won’t for the foreseeable future.

Equipment manufacturers still see value in acquiring a tour staff with star power, but with fewer deals (and brands) clamoring for the marquee names, it’s no longer necessary to pay huge sums to land someone outside the top 10 in the world. It’s one of the reasons why we’ve seen some players go the brand-agnostic route, which includes Kevin Chappell linking up with the recently created True Spec Tour. (GOLF and True Spec are operated by the same holding company, 8AM Golf.)

Simply put, there are more options available to pros. With equipment deals shrinking in size (and years), expect to see more players stay put and re-sign or go the free-agent route.