Will a lighter clubhead help — or hurt — your swing?

Lighter clubhead means you can swing faster — but it comes with a catch.

There’s no trick golfers won’t try to get a few extra miles of clubhead speed. Doing it right means cracking on with the hard work of improving your swing. Find a coach, take lessons, practice. But it also means getting your equipment right.

Often that’s the most fun way of improving your game: Not only do you get an excuse to throw a new weapon in the bag, but often, dialing-in your equipment provides some of the easiest gains you can make. Learning how best to do that is what drove a recent study by GOLF Top 100 Teacher and GOLFTEC VP of Instruction Nick Clearwater, the findings of which he presented at the GOLF Top 100 Teachers Summit last November (and you can watch in full on InsideGOLF right here).

In the study conducted by GOLFTEC, Clearwater measured 600 golfers and asked: What happens when you make the driver head they’re swinging 20 grams lighter? Here’s what he found. 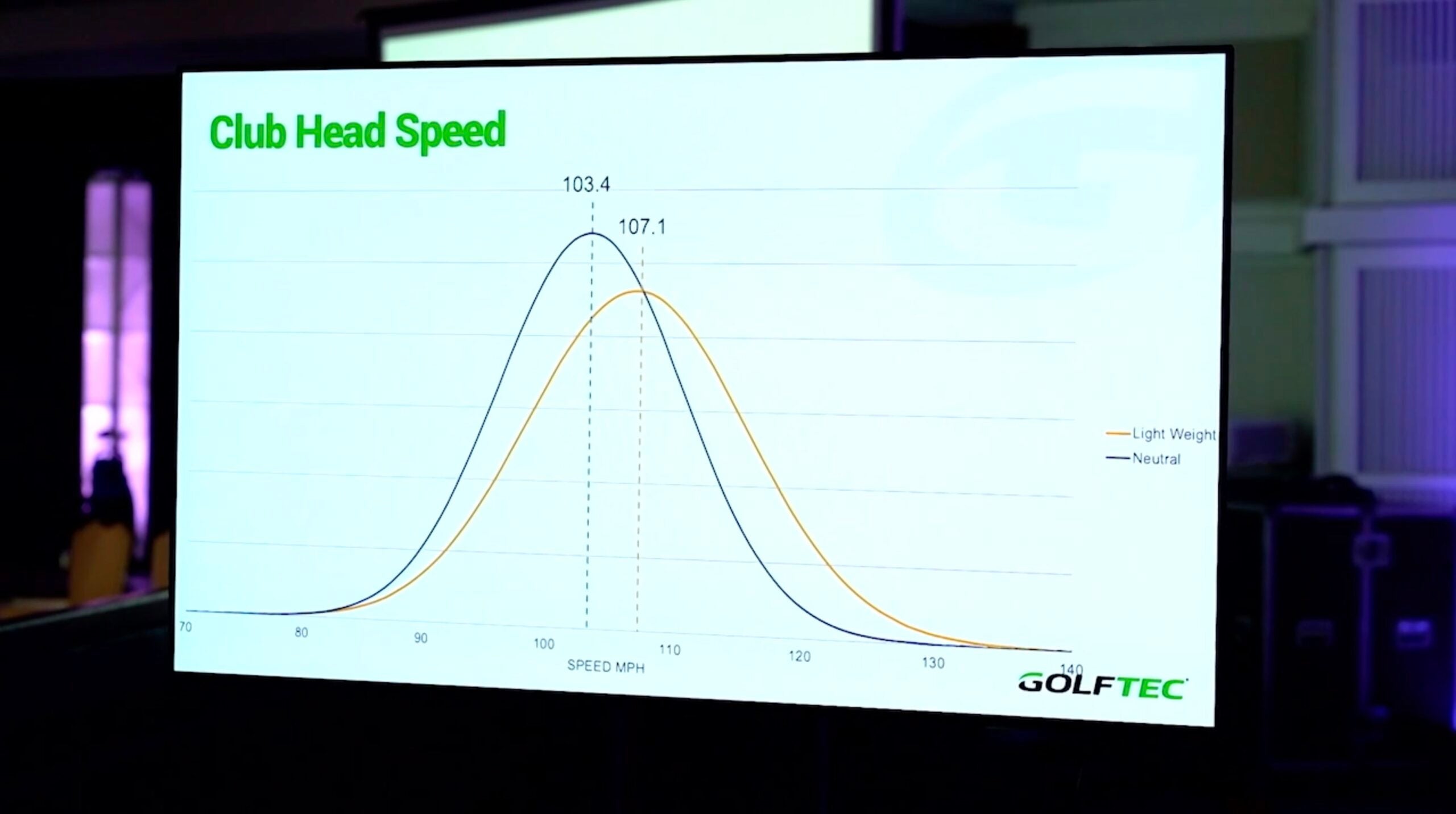 The first, and perhaps the most expected, effect of making the driver head lighter is that clubhead speed increases.

“We gave them the 198-gram head, which is pretty much the standard … and then we took out 20 grams of weight. We went from 198 all the way down to 180,” Clearwater says, referring to the graph above. “There was a 3.7 mph increase in clubhead speed with the lighter head, it didn’t matter what level of golfer you are.” 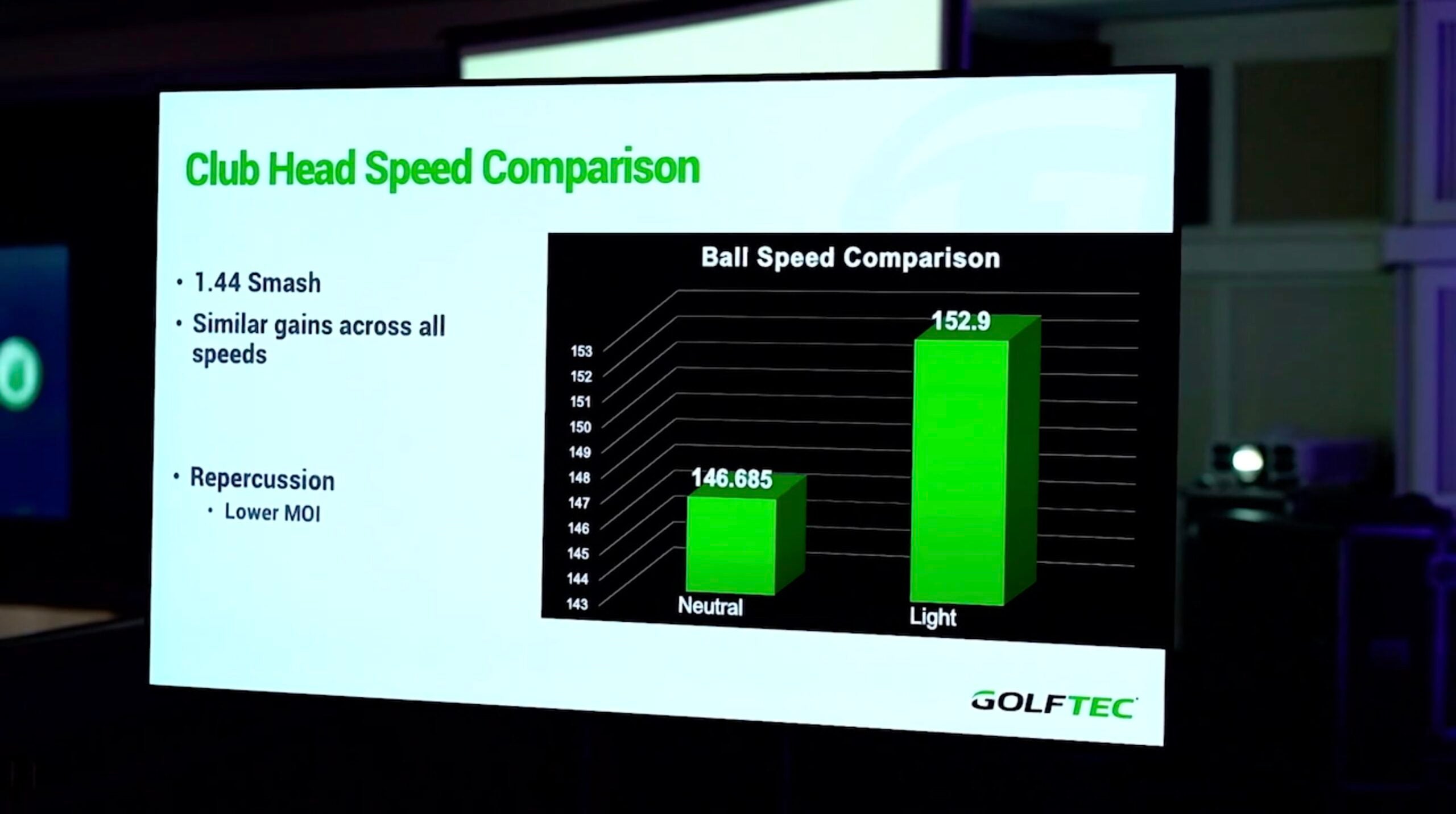 Golfers’ ability to swing the lighter driver head faster means that clubhead speed isn’t the only metric that goes with it: it results in higher ball speed, too.

“Everybody gained about six mph, when you average them all together,” Clearwater says. “You can experiment with that yourself: Take a weight out of your driver and it won’t just change the percussion of the driver, there’s a good chance you’ll gain some ball speed, too.”

More good news! You may be asking, if you haven’t already wrenched a weight out of your driver, why doesn’t everybody use a lighter driver head?

Well, that’s because there’s a catch.

MOI, or Moment of Inertia, is a measurement of a golf club’s resistance to twisting on off-center hits. A really heavy clubhead has a higher MOI, which means it won’t twist as much on off-center hits. You may be able to swing a lighter clubhead faster, but its lower MOI also means it’ll twist more when you miss it.

Therein lies the tradeoff, and it’s a code golf club manufactures are working hard to crack.

“If you can miss-hit the ball a little bit and still get a similar result, that is going to be a game changer because you can swing faster,” Clearwater says. “When you’re in a long-drive competition, you can miss-hit one and it doesn’t matter. … Trying to play competitive golf, that can be really tough. Neither good or bad news, file this one under interesting. Clearwater says more research is needed to understand why this happens — “I can’t wrap my head around this one,” he says — but when golfers started swinging the lighter driver head, their clubface went from slightly open relative to their swing path, to slightly closed.

“When you took the lighter clubhead, the face was almost one degree open except when you gave them the lighter driver head,” Clearwater says. “That pattern really changed. [The clubface] closed about one degree. I would say that’s statistically signifiant, but I couldn’t tell you why.”