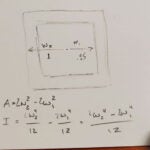 Bryson DeChambeau pushes boundaries. He plays one-length clubs, he tests 48-inch drivers, and he reads air density; he just does things differently than most. He’s endlessly experimental and inquisitive, so if there’s an advantage to find, DeChambeau’s going to find it and try it.

That being the case, it only makes sense that he’s theorized and experimented with a square putter shaft.

As a partner with LA Golf, DeChambeau is able to help design his own products. According to an LA Golf representative, DeChambeau and an LA Golf shaft designer have attempted to figure out the potential benefits of a square shaft versus a round shaft.

“There are certain types of geometries, when you align them in certain ways, that just become inherently more stable,” DeChambeau recently told GOLF.com. “We’re just trying to think of different ways and different geometries that could potentially work, under the rules of golf, that allow [the shaft] to be even more stable, have less deflection, and you’re able to control your starting line a lot better, with better speed control.”

As DeChambeau mentioned, a square shaft is indeed legal.

Legality out of the way, let’s dive into the design itself.

Now, I’m not an engineer, nor a mathematician, but luckily I happen to know some steel tubing engineers who helped me break down the sketches and equations.

Additionally, due to the “corrugation effect,” bends in material increase structural strength, therefore a square shape that measures the same density as a round shape would have higher strength. It should be noted, though, that LA Golf’s sketch design has the wall thickness of the round shape a bit thicker than the square shaft, but the results still stand.

In conclusion, according to my engineering contacts, the square shaft would be more stable than the round shaft, as DeChambeau hypothesized. Of course, the equations don’t factor in tooling costs and whether the venture would be worth it.

Interestingly, DeChambeau says he has tried a square shaft before, and that he will continue to undergo tests.

“We’re still in the works on talking about [the square shaft],” DeChambeau said. “We haven’t figured anything out for the most part. I have used a square shaft before, that was when I was doing face-on and I felt really comfortable moving it in that plane of motion, so there will be some testing done on that.”

It sounds like we’ll see a 48-inch driver shaft in DeChambeau’s future. Will we see a square shaft, too? It’s entirely possible, and the math checks out.