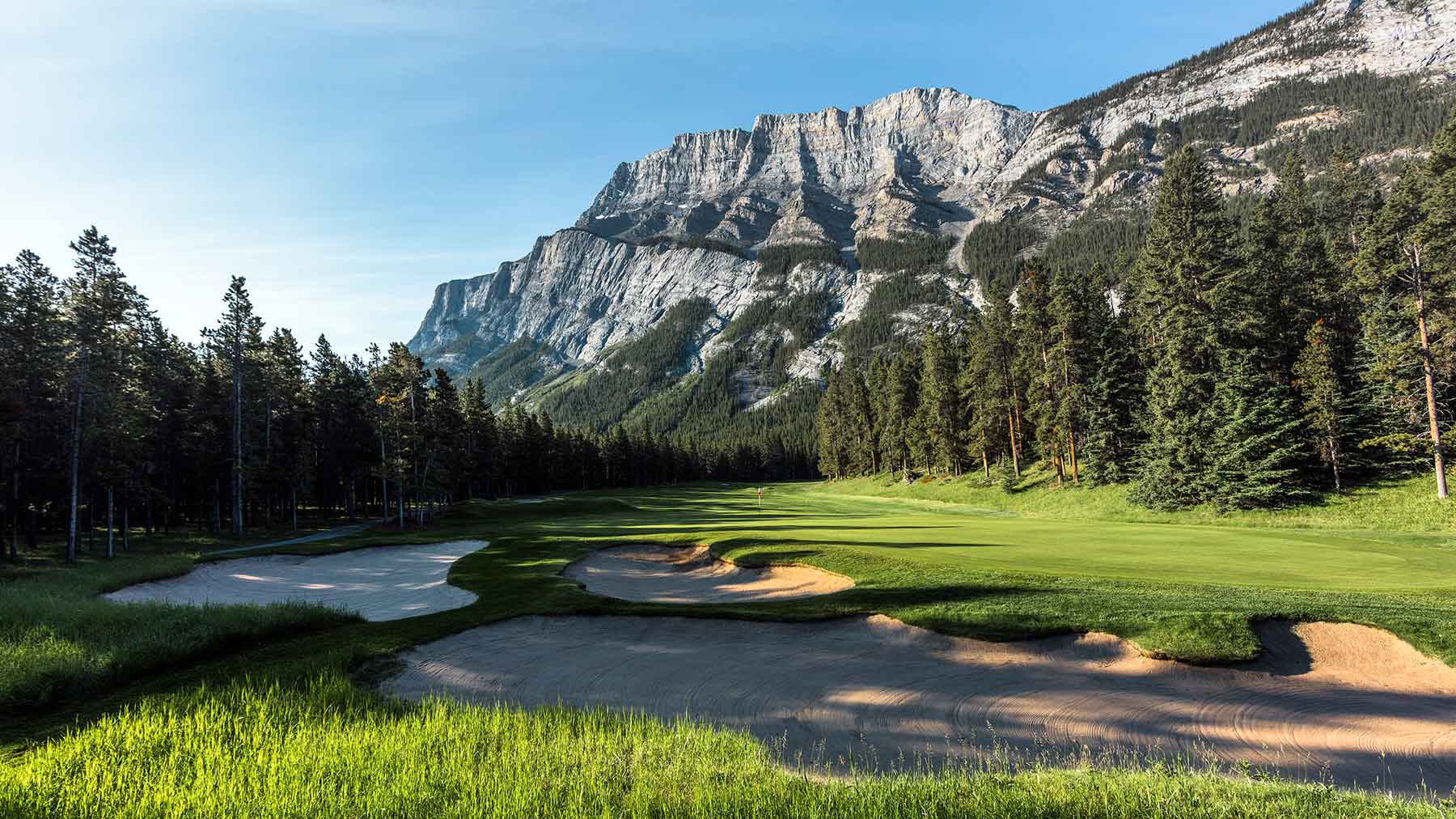 With the steep slopes of Mt. Rundle rising on one side and the Bow River flowing on the other, Banff showcases the work of Canada’s greatest architect on perhaps the greatest site he was ever given. The staggering setting makes a fitting backdrop for Thompson’s myriad artistic touches, including  inventively shaped bunkers, replete with fingers and islands and flashes, that count among the hallmarks of his style. Every hole is named, and rightfully so, given their distinctive personalities. But none is more famous than the par-3 4th, known as Devil’s Cauldron, which plays over a lake to a bowl-shaped green at the mountain’s base. Max fee: $299. (Photo: Jacob Sjoman)