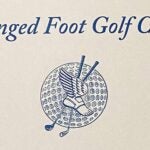 No matter what, this course will always play tough.

Winged Foot’s scorecard for its members looks similar to how the USGA will set up the course for this week’s U.S. Open, albeit with two significant changes.

The total yardage for this week’s U.S. Open is 7,477 yards, which is slightly longer than the listed yardage for the back tees (Blue tees) on the club’s scorecard (7,426 yards).

Seven holes have listed yardages that are longer for the U.S. Open than the back tees for the club, although four holes are actually shorter. Almost all of the changes are minimal and will fluctuate each day with how the course is set up, the biggest change is on the par-4 17th. It’s played at 469 yards for the members but is listed at 504 this week.

Take a look below at Winged Foot’s scorecard and the USGA’s official scorecard for the week.