U.S. Open: 12 Reasons Why Chambers Bay Will Be Unlike Any Other 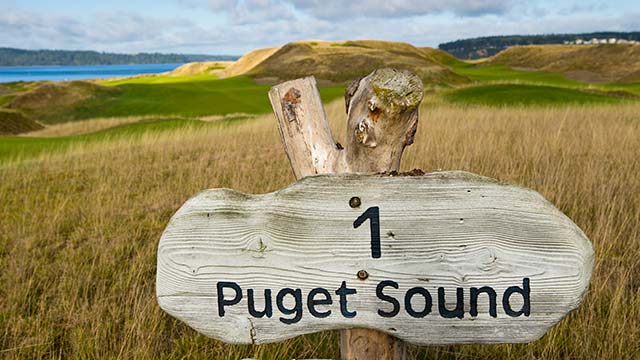 Every U.S. Open is historic. Not every Open achieves that standing before a single golf shot has been struck. Welcome to Chambers Bay, on Puget Sound, the first course ever built specifically to host our national championship.

In drawing up the design for his distinctive layout, Robert Trent Jones Jr. envisioned the tournament playing out here in 2030; he even made up bag tags promising as much. Now the moment has arrived, 15 years earlier than Jones anticipated, the first Open at a first-of-its-kind layout that is destined to go down as a watershed event, no matter what happens on the course. Here’s why:

So long, Merion. That’s not a Leonard Cohen song. It’s a phrase that underscores just how different this beast is from the 2013 U.S. Open venue, which some worried was too short to contain the modern game. Chambers Bay isn’t just long. It’s the first Open course in history that tips out at more than 7,900 yards. Sasquatch. Salmon. Serial killers. For all that Pacific Northwest has given the world, the world has failed to reciprocate by granting the region a U.S. Open. Until now. So bring on the Bigfoot sightings, the fresh fish and, um, let’s leave it at that.

Some critics have complained that this Open runs the risk of playing like an Open. You know, that other one they hold in July. Given the coastal setting, there might be howling winds, maybe even soggy weather. And then there’s this: for the first time ever, the event will be contested entirely on an all-fescue course, not unlike those true links across the pond.

The highs and lows of Open golf are hard enough on the world’s greatest players. Makes one wonder how the spectators will hold up. It is, after all, the first time the national championship has been staged in a state with legalized recreational marijuana use.

His father, Robert Trent Jones Sr., was the original “Open Doctor” before his brother, Rees, inherited the name. Now it’s time for junior to take on daddy’s moniker. For the first time, our national championship will be staged on a course designed by RTJ Jr., who performed full reconstructive surgery on a site that used to be a gravel mine. It’s not uncommon at a U.S. Open for the yardages of holes to vary day to day. But holes that alternate their par? Unprecedented. When this championship kicks off, pay attention to the first and final holes, which run parallel to each other. Anytime number-one plays as a par-four, 18 will play as a par-five, and the other way around.

Make that “the tree.” Fans expecting grand stands of oaks and pines may be struck by the singular beauty of this layout. Literally. The Douglas fir behind the 15th green is the only tree on Chambers Bay. Just another way this track is one of a kind.

Thank goodness for the tee box, the one place where you’re guaranteed an even lie. Or are you? Chambers Bay features so-called “ribbon” tees, long and ambling swaths of short grass that meander over sloped terrain. USGA executive director Mike Davis has let it be known that golf’s governing body might ramp up the challenge by placing tees on ground that tilts gently uphill or downhill, because, as we all know, Open set-ups aren’t usually tough enough.

With a $1 billion deal, FOX Sports bought its way into the Open broadcast business, and the network has promised that its maiden foray will bring about a host of golf television firsts. Drone cameras, Fox says, will swoop in for aerial views from lower altitudes than helicopters offer, while long-range mics will listen in on player-caddie conversations. 3D technology, which FOX helped pioneer in other sports coverage, will also be employed to highlight dramatic contours, not all of them belonging to Holly Sonders. At 26, Rory McIlroy is more than three times older than Chambers Bay, which opened for play in 2007, the first Open venue to be built from scratch within the last half-century. Though it’s not the youngest course to ever host an Open, you have to go a ways back to find the one that beats it: Northwood Club in Dallas, which staged the championship in 1952, before Jordan Spieth’s parents were born.

Quiet, please! But feel free to text on silent. Like dial-up Internet, it took some time for this moment to arrive. But here it is: the first U.S. Open at which cell phones will be permitted on the grounds.

The place is a pit. A gravel pit, to be precise, with a mining past that dates back to the late 1800s. Over the next century, the story goes, operations on it turned up 90-percent of the stone that went into creating the Seattle skyline. In designing the course itself, Robert Trent Jones Jr. moved a lot of earth as well — some 1.5 million cubic yards — but he left behind the outlines of the mine, a steep-walled crater along Puget Sound that helps lend Chambers Bay its unique look and feel.