Tour Rookie Proposes to Girlfriend at Pebble Beach Pro Am 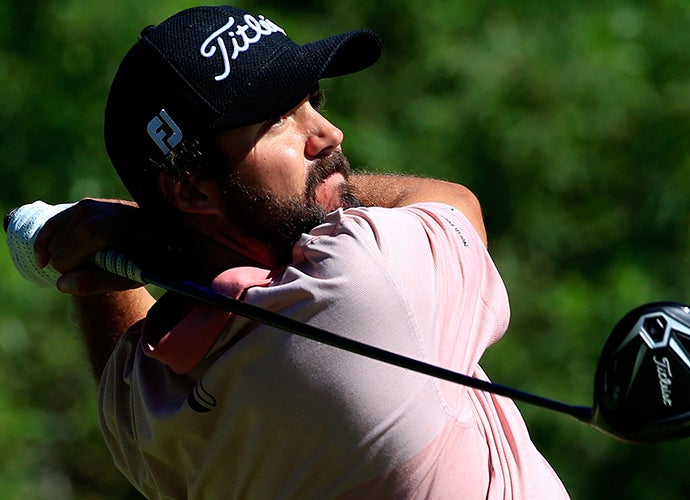 PEBBLE BEACH, California (AP) — Mark Hubbard faced more pressure than anyone else Thursday on the 18th hole at Pebble Beach.

It wasn’t about making par, but a marriage proposal.

A plan in the works for two months came off perfectly when the PGA Tour allowed his proposal to Meaghan McCurley to be flashed on the video board. Their families knew what was going on. She was the last one to figure it out.

Moments after tapping in for par, the 25-year-old rookie from nearby San Jose dropped to a knee behind the 18th green with the ring in hand.

”Her mom had the idea when I asked her dad for permission,” Hubbard said after an even-par 72. ”She just thought it would be cool to include golf, and we’ve been together for so long I felt like I had to do something different than just take her out to dinner or something. So it just kind of all clicked.”

Hubbard’s first idea was to put the proposal on a caddie bib when the tour approved of a message on the video board. It helps that as a rookie he tends to be in the last grouping of the opening rounds. He planned the proposal for whatever day he was at Pebble Beach.

”If I had a really good round going, I definitely would have been thinking on 18, `Oh God, don’t blow this.’ But it was just a frustrating, ho-hum day, so it kind of kept my attention off the last hole,” he said.

The hard part was getting through the final hole. Turns out he had enough difficult shots to keep his mind in the right place, starting with a tee shot that features golf’s biggest water hazard – the Pacific – hugging the left side of the hole. He faced a bunker shot close to the lip. And then he had a 20-footer for birdie.

”I wasn’t thinking about it until I ran my putt 2 feet by and I was like, `Man, it would really (stink) to three-putt right now,” Hubbard said. ”So I was pretty glad I made that second one.”

And when is the wedding?

”Tomorrow at Monterey Peninsula,” he said with a laugh. ”I don’t know. We haven’t gotten that far yet.”

Watch the proposal below, via PGATour.com.