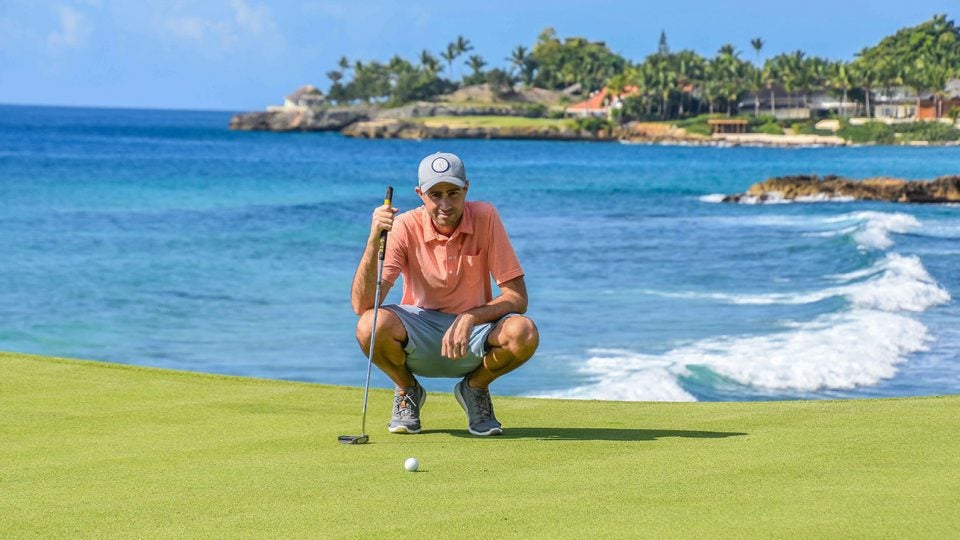 This par-3 9-hole course holds a special place in my heart. Sumpwams opened when I was just 11-years-old in my hometown of Babylon Village on Long Island. It was the right place, at the right time, for me to learn the game. With holes ranging from 70 to 180 yards, it’s perfect to hone-in your irons and short game. At the cost of $9 for village residents and $12 for non-village residents, you can’t beat this deal.

To this day, Sumpwams remains one of my favorite courses to play. 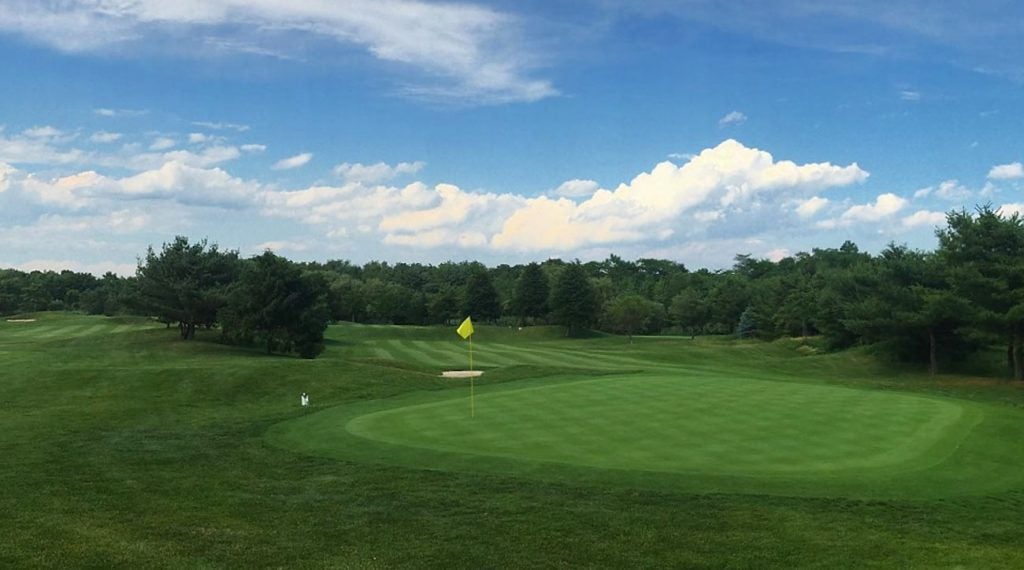 Sumpwams Creek is the perfect place to learn how to play

The best part of Atlantic City these days might be the golf course located just on the outskirts, with Galloway leading the way for me. The par-3s are what stand out most, requiring you to carry marshland while being distracted of gorgeous bay views and the Atlantic City skyline. Greens often sit dangerously atop plateaus and there’s trouble all around to really make you stop and think before every approach shot.

Fresh off a redesign by Gil Hanse, Pinehurst No. 4 is making a move on its big brother No. 2. The course was put in the spotlight when it served as co-host of the 2019 U.S. Amateur, and I don’t expect that to be the last time championship golf is played here. There’s rolling topography throughout and the course feels like it was perfectly molded out of the land, using slopes and bunkers beautifully to offer a true test to any golfer.

Located directly off the Long Island Expressway, you wouldn’t know Deepdale is a stone’s throw from one of the busiest roads in the country once you step foot on the property. It’s a meticulous oasis away from the LIE noise. I don’t think I’ve ever played a course purer (a term tossed around far too much when it comes to describing courses) in that every inch is manicured to perfection. Deepdale is the type of picturesque green that a painter can only dream of depicting.

Dormie keeps it simple in the best way possible. There is hardly any signage throughout the property, no paved paths to speak of, old-school bunkering and you get the kind of echo of emptiness after tee shots that make you feel all alone with the course. I’m not a course architecture expert, but I dig what Ben Crenshaw and Bill Coore did here. Dormie is the type of place where you feel like you’re playing a course from a different time as you walk down the fairway and soak it all in. 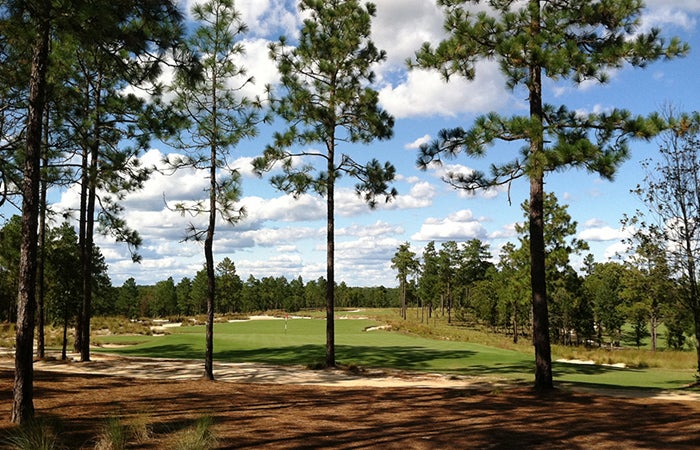 The Dormie Club takes golf back to its roots
Tim Reilly

It’s no secret that Long Island is home to some of the best golf courses in the world. It does feel like The Creek is a secret, though, with how little recognition it gets as a top course in the area. Once known as “The Million Dollar Club” when it was conceived in the 1920s for the wealth of its members on Long Island’s gold coast, The Creek features million-dollar views of the Long Island Sound. One of my favorite features is that during high tide on the 11th hole, you can only access the green by using an old wooden footbridge that adds to the classic charm of The Creek.

Hit one putt at Winged Foot and you’ll earn newfound respect for what the world’s best golfers will be challenged with at the 2020 U.S. Open. They’re without a doubt the most challenging greens I’ve ever played. When your caddie tells you to “just touch it,” you better just touch it or there’s a good chance you’re hitting your ball right off the putting surface.

Winged Foot has an aura of being part of a different era and trying to stay in that era. The look and feel of the locker room and clubhouse bar are something that can only come with nearly 100 years of comradery amongst its members. Winged Foot isn’t just a golf course, it’s an experience.

Growing up a mere 20 minutes from Bethpage State Park made the five courses at Bethpage my home courses. “The People’s Country Club” perfectly embodies Long Island golf and Long Islanders to me. We work hard, aren’t afraid of a challenge and we’re not going to take shit from anybody. Bethpage Black makes you work hard, to say the least, and certainly doesn’t take shit from any golfer who steps foot on one of golf’s most challenging courses in the world.

The infamous “Warning” sign behind the first tee box is no gimmick. If you miss the fairways on the Black, you might be better off with a weed-whacker than a golf club. The combination of thick rough and fescue put a strong emphasis on keeping the ball straight. You can’t sacrifice distance for accuracy though or you’ll find yourself forced to lay up on par-4s. The greens might seem relatively flat, but it’s those putts that move just a few inches that I find the most difficult to read, and Bethpage features plenty of that.

Grind out a round and keep coming back for the challenge, the Long Island way.

What could possibly make paradise better? A golf course in paradise. The highlight of my stay at Casa de Campo was a round at Teeth of the Dog. Pete Dye’s signature design surpasses expectations with seven holes that run along the Caribbean. You’d be hard-pressed to find better views on a golf course. The course is the perfect blend of challenging yet fair, which is what I personally look for in a course. I can play there with a low handicapper or high handicapper and both would thoroughly enjoy the experience.

If there was one hole I could play for the rest of my life it would be the par-3 fifth hole. The setting is surreal as ocean waves crash against the tee box and green with nothing more than a sandy beach left in the middle to carry. It’s a tiny green to hit, especially if the ocean breeze is whipping, but you simply cannot beat this setting when the sun is starting to set.

On cold, dreary winter days in New York City, I find myself daydreaming about Teeth of the Dog. 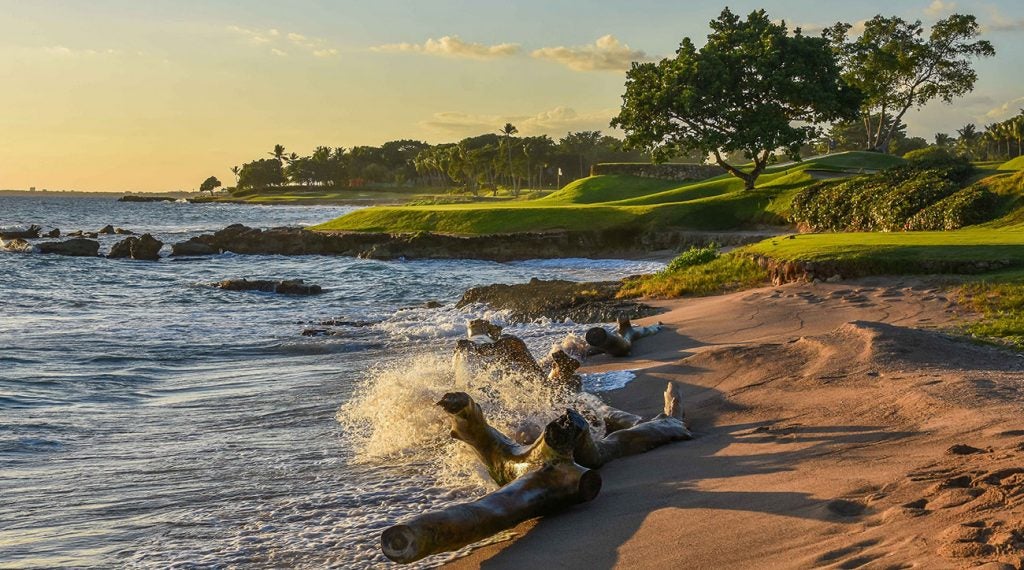 The par-3 fifth hole at Teeth of the Dog is a golfers slice of heaven.
Patrick Koenig

That’s right, a par-3 course tops my list. Simply put, there’s no course I’ve ever played that I’ve wanted to go around and around with my friends more than The Cradle. To me, that’s the true sign of a great course. With undulated greens as challenging as those I played on Pinehurst No. 4, this 9-hole course is the most fun 789 yards I’ve ever played.

Groups of all ages and sizes (I played one round as a nine-some) flood to The Cradle. The course is pristine, speakers are built into the terrain to hear music on every hole and it features the coolest bar I’ve come across on a golf course yet. It’s $50 to play and for that price, you can go around as many times as you’d like. Kids under 17 even get to play for free. How’s that for an effort to grow the game?

My favorite ending to a day of golf in 2019 was hanging at the mobile bar with my dad by the Adirondack chairs smack in the middle of The Cradle with a cotton candy sunset serving as the backdrop. It’s truly a special place. Grab some buddies, a handful of clubs, a drink and play The Cradle as many times as you can. 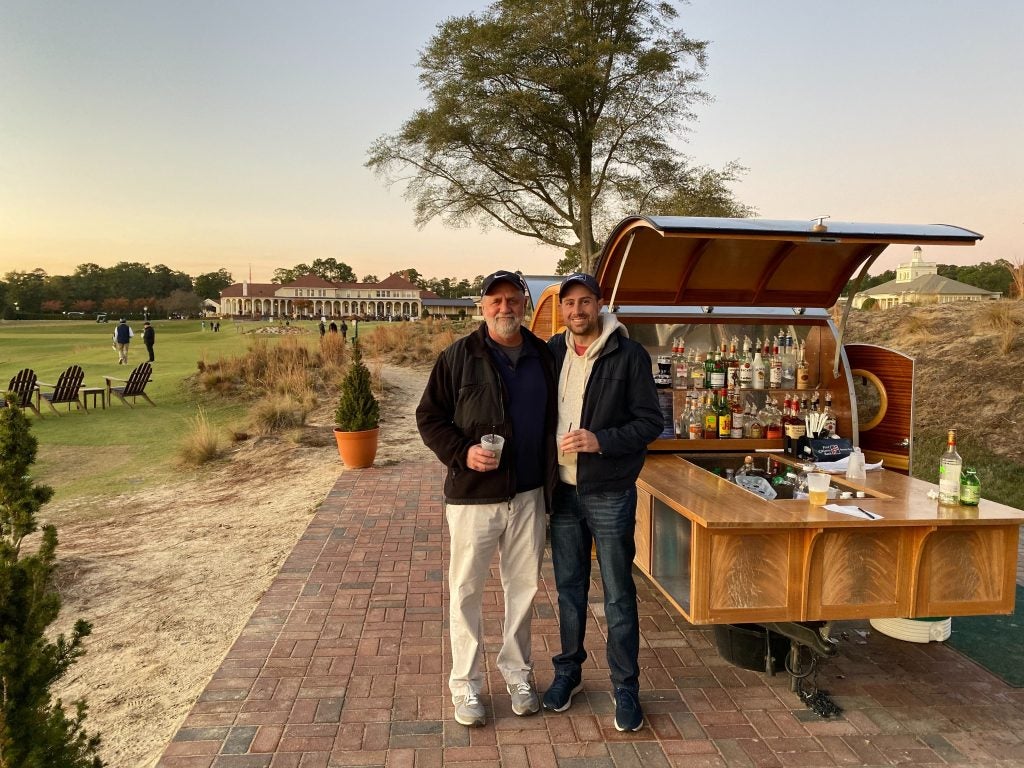