The Course I’m Thankful For: Shoes-optional on the Maine coast 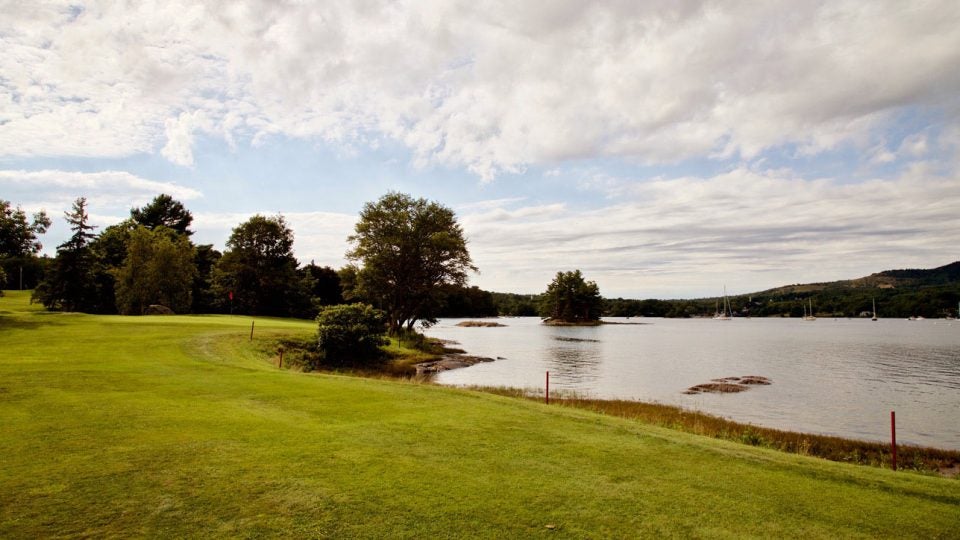 Blue Hill is not your typical country club.

This is the second installment in our 11-part “The Course I’m Thankful For” series, in which we asked GOLF.com staffers to wax lovingly about the first course that stole their hearts. Be sure to check back daily to feast on a new essay — or simply binge-read them all when you awake from your turkey coma. Happy Thanksgiving!

I fell in love with the game of golf in a small town on the coast of northern Maine, where my grandparents introduced my brother and me to a nearly perfect course. Blue Hill was a Country Club, technically, but lacked any of the usual pretense: the greens never stimped faster than about eight, the maintenance crew was one guy, part-time, and nobody cared about silly things like collared shirts and golf shoes — or shoes of any kind, for that matter.

The signature hole on the par-30 layout was the peninsular 5th hole, which jutted exactly 93 yards out into Blue Hill Bay. At low tide, the exposed mud flats on both sides of the fairway revealed precious treasures: dozens and dozens of deserted golf balls, available to any intrepid youngster with bare feet and spare time. At high tide, the water crept so high that the green became an island; a tee shot that stayed dry meant pure exhilaration.

From age five, my brother Evan and I would traipse carefree down the fairways on vacations to visit Gramps and Maisie, playing three or four or five loops before we got dragged home for dinner — though not before stopping at the Fishnet for an ice cream cone.

Over the years, the course hasn’t changed much at all, and maybe we haven’t, either. Sure, most of the par 3s are wedges now, and all three par 4s are reachable from the tee. But on days when the tide is high and the wind is whipping off the bay, there’s nothing better than stepping up to the tee shot on the 5th hole and remembering why, exactly, we started playing in the first place.