The Course I’m Thankful For: Planting roots in Southern California 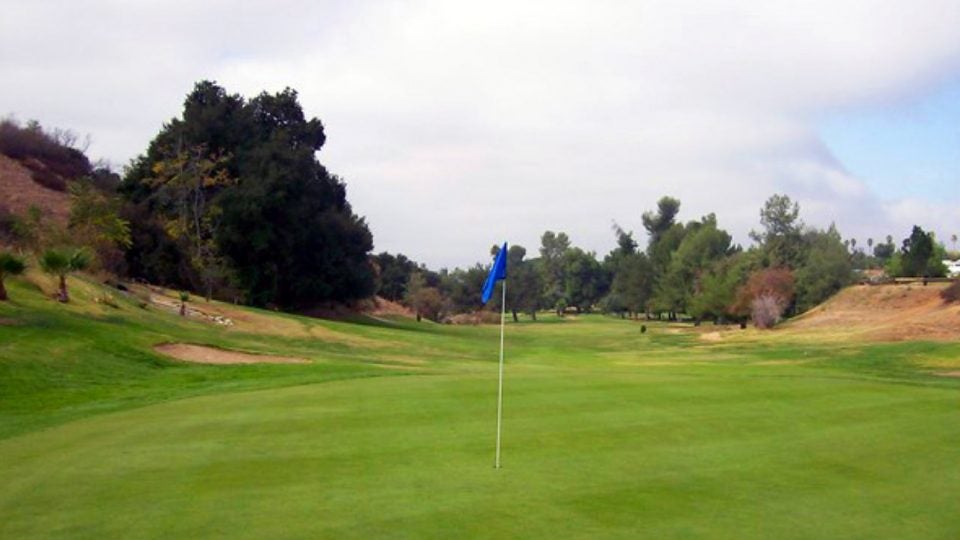 Calimesa Country Club in all its glory.

This is the third installment in our 11-part “The Course I’m Thankful For” series, in which we asked GOLF.com staffers to wax lovingly about the first course that stole their hearts. Be sure to check back daily to feast on a new essay — or simply binge-read them all when you awake from your turkey coma. Happy Thanksgiving!

There is no question that the first course I ever loved was my home course, Calimesa Country Club, a humble daily-fee in Calimesa, Calif., a small town just over 70 miles east of Los Angeles. The course scorecard shows a yardage of 5,971 from the tips — but underestimate its difficulty at your peril.

My family moved to Calimesa when I was six years old, and proximity to the course was our new home’s biggest selling point. Growing up, I spent countless evenings alongside my dad, hitting ball after ball from one end of the fairway to the other. The maintenance staff knew us and would drive by with a smile and a wave. We let our dog off the leash, and even played soccer, using trees as goalposts. It was idyllic.

As a pre-teen, I played in numerous Sunday morning Men’s Club events with my dad, and I was always welcomed and encouraged, despite the fact that I was both female and still a child. The club was full of colorful characters that I enjoy thinking about to this day. My dad and I teamed up for the annual Tuesday night summer Twilight league for nearly a decade. I had my first — and to date, only — hole-in-one on No. 9, a 93-yard par 3, when I was 16 years old, on my dad’s birthday. The food in the clubhouse was affordable and always delicious (I still crave the sour cream and chive potato wedge fries with a side of ranch dressing), and to this day, I’ve never had a better tasting Coke.

When you grow up playing a golf course hundreds of times, you learn to chart your game’s progress by your achievements on a given hole. I’ll never forget the first time I managed to hit a drive over the hill in the middle of the fairway on No. 4, a par-5 from the red tees. The added bounce and roll off the hill’s downslope enabled me to go for the green in two at last— a huge milestone at the time. No. 8 featured a majestic oak tree in the middle of the fairway. For most of my childhood, I was continually blocked by the tree on my second shot, while the club’s longest bombers simply launched the ball over the tree’s tallest branches from the tee, leaving me wide-eyed in wonder. I never managed to do that, but eventually I learned to squeeze a drive just past the tree on the narrow left side of the fairway, which opened up a look at the tiny green. It was a shot that required a lot of precision, and any time I hit a perfectly placed drive on eight, it felt like an accomplishment worthy of celebration.

Calimesa bore witness to some of the best and worst moments of my young golf career: triumphs — my first round under par! — and tribulations. (A two-month long case of the shanks. Yikes.) The greens probably maxed out at about eight on the stimpmeter (just a guess, since the course neither used one or ever rolled the greens), and the kikuyu rough still managed to be confounding, even after decades of practice and experience. Calimesa CC was truly unlike any other course I’ve ever played.

Last year, the course was purchased by a new owner, and in October, I learned that it would be closing — a gut-punch for the local golf community, the full impact of which has yet to sink in. To think that I will never again step onto the first tee and stare down the long and straight first fairway, framed beautifully by a view of Mount San Gorgonio on the left and scrubby brown foothills to the right, breaks my heart. Words are inadequate to describe my family’s depth of feeling when it comes to what the course has meant to us, to me. The time I spent there, and the memories I made, are some of the most precious of my life. I know we will mourn its loss for years to come.

Was Calimesa the best, prettiest, or toughest course I ever played? Not even close. But it was my course, a place where I laughed, cried, and learned to play this incredible game. RIP, Calimesa, my old friend. You will be dearly missed.