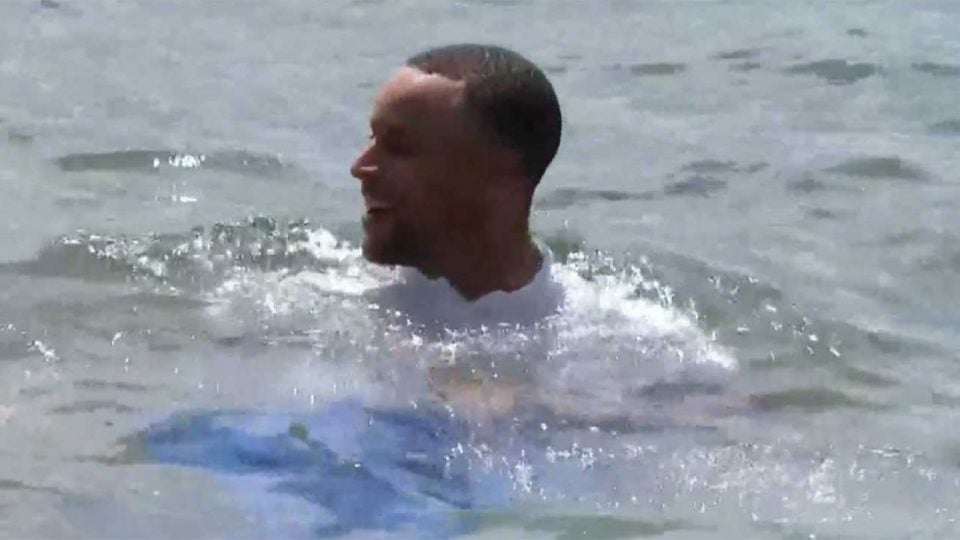 A bet’s a bet. Golden State Warriors Star Steph Curry couldn’t beat his dad, Dell, at the American Century Championship on Sunday, so Curry had to pay up.

And, in this case, paying up meant jumping into a lake (along with his caddie). Tony Romo won the celebrity golf tournament held in Lake Tahoe, edging Mark Mulder, Joe Pavelski and Ray Allen. And Romo’s just getting warmed up. He won another amateur tournament earlier this month and on Monday will attempt to qualify for the U.S. Amateur at Mascoutin Golf Club in Berlin, Wis. (Romo is keeping his amateur status, so he did not keep his $125,000 winner’s check, which will instead be donated to the tournament’s charities.)

Check out the video of Curry below.