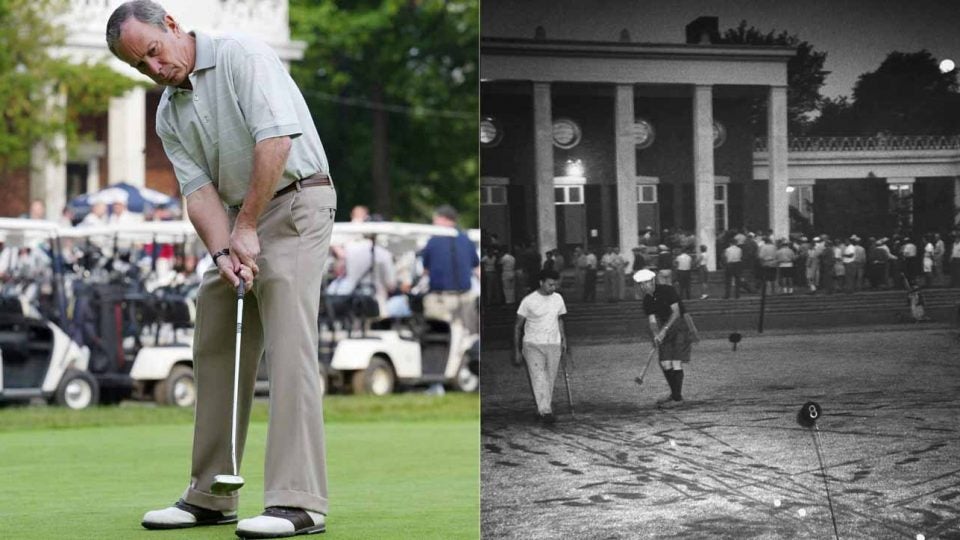 From moonlight putting in the 60s to Michael Bloomberg in the 00s, Pelham Bay and Split Rock have some staying power.
Getty Images

This is the first in our Muni Monday series, spotlighting stories from the world of city- and county-owned golf courses around the world. Got a muni story that needs telling? Send tips to munimondays@gmail.com.

A surprise 60-degree Sunday in mid-January would catch most golf courses in the northeast U.S. off-guard. But Split Rock Golf Course in the Bronx was open for business, drawing a full parking lot and a full tee sheet. It’s famously difficult to get to golf courses in New York, but you can hop on the subway in Midtown Manhattan, ride the 6 train for 40 minutes, take a five-minute Uber and be on the first tee in under an hour. Invaluable New York commodities — grass and open space — await.

The character of New York’s respective boroughs often revolve around its parks, and golf has fallen under that umbrella for over a century. In 1895, the United States got its first public golf course: Van Cortlandt Park in the Bronx, built for the grand price of $624.80. It was such a success that just three years later, construction began on what would become Pelham Bay Golf Course, a worthy companion and the beginning of what would become New York City’s only 36-hole facility and arguably the best value of the 14 city-owned courses. That doesn’t mean your Saturday round will be fast (it won’t!) but at the right time, for the right price, this is a spot worth visiting.

In 1934, NYC Parks Commissioner Robert Moses decided golf course construction was a great way to get people back to work post-Great Depression. In building a course, he reasoned, there wasn’t much overhead, but lots of labor — perfect for New Deal programs and WPA funding. He was right; of the $3.5 million spent on the Pelham Bay and Split Rock golf courses (and the Greek Revival clubhouse), $2.8 million went directly to workers. John Van Kleek was the go-to guy for New York golf at the time and designed Split Rock. When Bobby Jones played the course a year later, he called it “splendid.” Nearly a century later, Pelham/Split Rock is likely the best golf deal in New York City — and it’s open year-round. #MuniMondays . . . . #golf #golflife #golfcourse #bronx #pelhambaypark #muni #nyc #newyorkcity #publicgolf

The nine-hole course that was originally constructed as Pelham Bay Golf Course is just a piece of the facility that now exists, thanks largely to money from the Works Progress Administration. In 1934, the New York Department of Parks secured a significant chunk of funding in the nationwide effort to pull the U.S. out of the Great Depression and put Americans to work. Commissioner Robert Moses had just begun his three-decade reign atop the Parks Department, and he saw particularly high utility in golf course construction, calling it a “natural” fit for work relief in a 1935 New York Times article.

“On golf course construction a minimum of materials and equipment is required, with the result that an unusually large proportion of the funds allocated goes directly to labor.”

Less money spent on overhead and more on those actually working construction made it a perfect fit for the WPA. In February 1934, work began on a complete renovation of Pelham Bay and construction began on Split Rock, an adjacent 18-hole facility on the other side of railroad tracks bisecting the property. Moses was correct; of the $3.5 million spent on the project, $2.8 million went directly to workers.

Part of the construction included a brand-new clubhouse, a column-and-lintel “contemporary interpretation of the Greek Revival,” which would serve as home base for both courses. It remains an imposing structure, particularly after a recent restoration that included the reinstallation of two massive WPA-era murals in the central parlor. 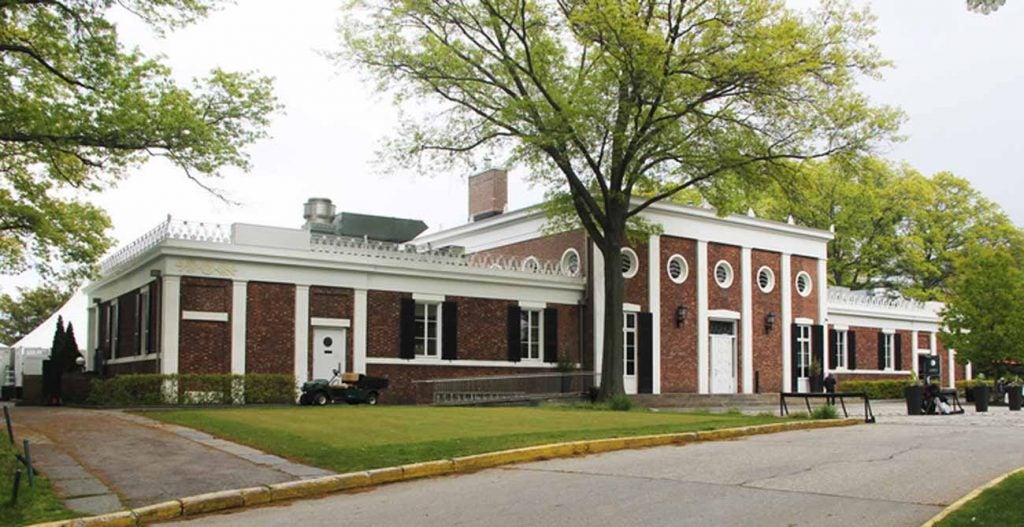 The 36-hole facility is just a fraction of New York City’s largest green space. Pelham Bay Park clocks in at 2,766 acres, more then three times the size of Central Park, and is home to sports fields, hiking trails, playgrounds and beaches, including a 13-mile shoreline on Long Island Sound. As for the golf? It’s much better than you’d expect.

The original Pelham course, designed by civil engineer Lawrence Van Etten before its upgrade in the 30s, is open and extremely playable, set on the land of former farmland estates. Renowned course architect John Van Kleek was the go-to guy for the Parks Department’s New Deal-era courses; he designed Silver Lake on Staten Island, Dyker Beach in Brooklyn, Kissena Park in Queens and redid Van Cortlandt in the Bronx. But his best New York course was Split Rock. It’s tree-lined without being too tight, rolling terrain without being boring and has a set of expansive greens replete with knobs, mounds, waves, slopes and plateaus that would please any Golden Age architect. 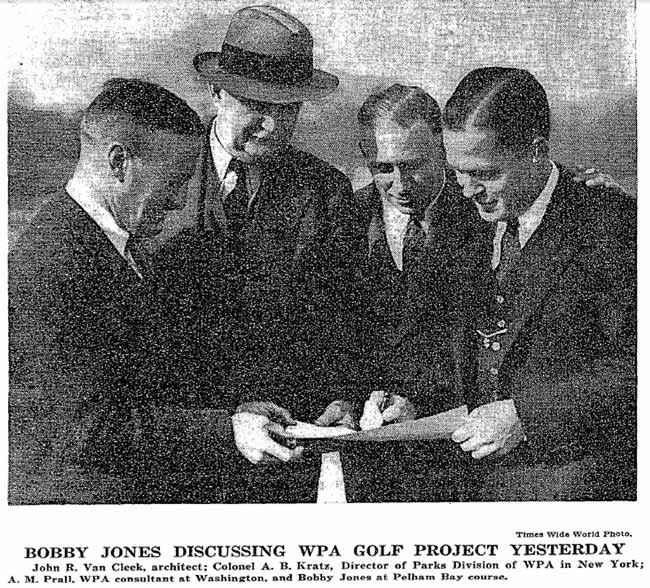 Bobby Jones played the course in 1936 and said this to the New York Times:

“I must admit that what I saw, particularly at Split Rock, was exceedingly gratifying and entirely worth the visit,” he said. “The work that John R. Van Kleek, supervising architect for the Park Department in charge of golf courses, has done architecturally there is splendid and I want to commend him very highly.”

You could make the argument that Trump Ferry Point is now the most championship-ready course in New York City, but certain aspects of Pelham Bay and Split Rock — open year-round, half the price, twice the grit — give off more of a “muni” vibe. That’s right, open year-round. Besides Ferry Point, New York’s city-owned courses are basically open as long as they’re not covered in snow or ice; even then, they’re worth a try.