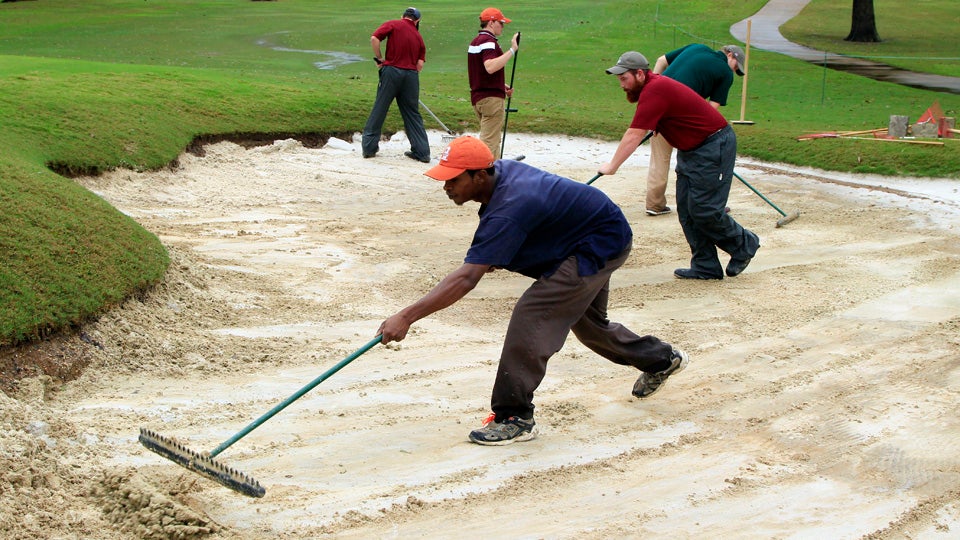 Grounds crews clean up the course after heavy rains during a continuation of the second round of the Sanderson Farms Championship at The Country Club of Jackson on Saturday, Nov. 7, 2015, in Jackson, Mississippi.
Michael Cohen/Getty Images

JACKSON, Miss. (AP) Rain washed out all but 40 minutes of play Saturday in the Sanderson Farms Championship, further delaying the waterlogged event.

Seventy-six players have yet to complete their second rounds.

Play is set to resume early Sunday. After the second round is completed, the third and fourth will be played. However, tournament officials are prepared to extend play into Monday if 72 holes can’t be completed by darkness on Sunday.

Clear skies are forecast for Sunday and Monday. 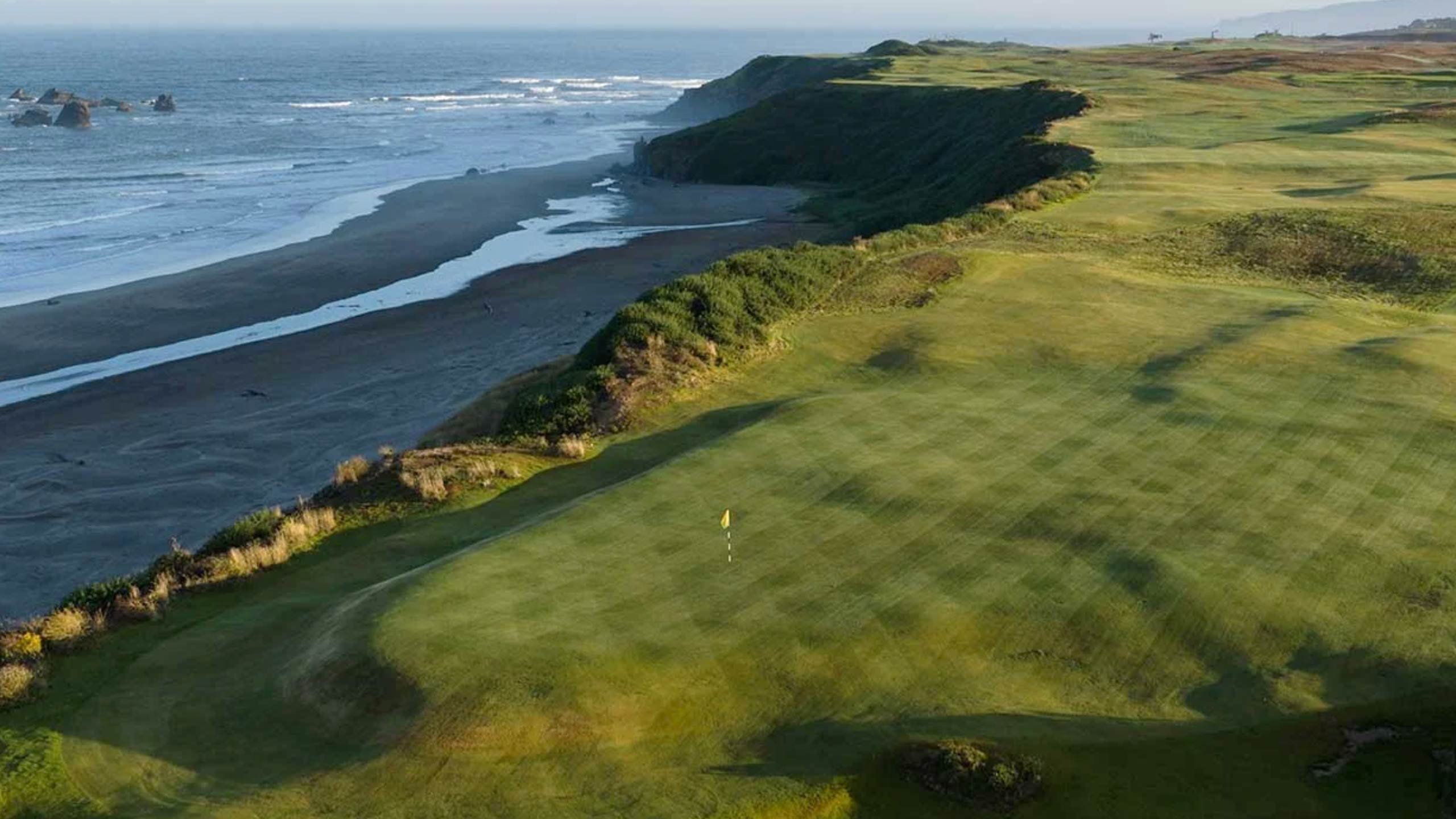