Quixote Club is helping to support a charter school in Sumter, S.C.

When Greg Thompson was 21, a small-town kid with big-time ambitions, raised in Sumter, S.C., he and his brother Lewis got their hands on a truck and, with $600 borrowed from their mother, launched a bootstrapping cleaning and painting business.

They were young and optimistic, eager to believe in the improbable and committed to making it come true.

Today, Thompson Industrial Services is one of the largest industrial cleaning and maintenance companies in South Carolina, with contracts across the country and overseas.

“It seemed like a crazy idea at the time,” Thompson says. “But we simply weren’t going to let it fail.”

It is called Quixote Club.

Named for Don Quixote, the iconic dreamer of literary fiction, the club is anchored by a freshly renovated 18-hole course that dates to the Golden Age, and a gracefully redesigned clubhouse, with plans for cabins and other refined appointments. It is meant to be a luxury retreat for recreation and relaxation for some 400 national and local members.

But it has a deeper purpose: supporting education.

The club provides funding for a newly established charter school that currently serves kindergartners and first-graders but will eventually extend through high school, providing free education to 2,000 students, many from families at or below the poverty level.

“To fully take advantage of the economic renaissance, we needed to have an education system that would support the jobs we were creating,” Thompson says. “The country club was going broke, and education was a real challenge in our community. Those two opportunities collided at the same time.”

The Thompsons acted on both at once.

Conceived by Greg in 2019, Liberty STEAM Charter School started holding classes this past fall, in a formerly dilapidated school building in south Sumter. Also in 2019, the Thompsons acquired what was then known as Sunset Country Club, which originally opened in 1922, and hired Kris Spence, of Spence Golf Designs, and Jack Nicklaus II to redesign it. (Nicklaus Design and GOLF.com are affiliates of 8AM Golf.)

Set on lilting terrain studded with ancient oaks, the reworked course stretches 6,800 yards through its stately surrounds, with ample landing areas and firm, bouncy conditions. It is complemented by an Art Deco clubhouse, on a property proximate to a private airport, with access to boating, fishing and a private hunting reserve.

The club’s charitable model is not the first of its kind. Thompson says it is patterned largely on East Lake Golf Club, in Atlanta, host of the Tour Championship and FedEx Cup finale, which has been a lynchpin in the economic revival of the community around it and which funds the first charter school in Atlanta, established in 2000.

You’ve got to dare to believe. Even if it makes no sense, you keep doing it until it does. Greg Thompson 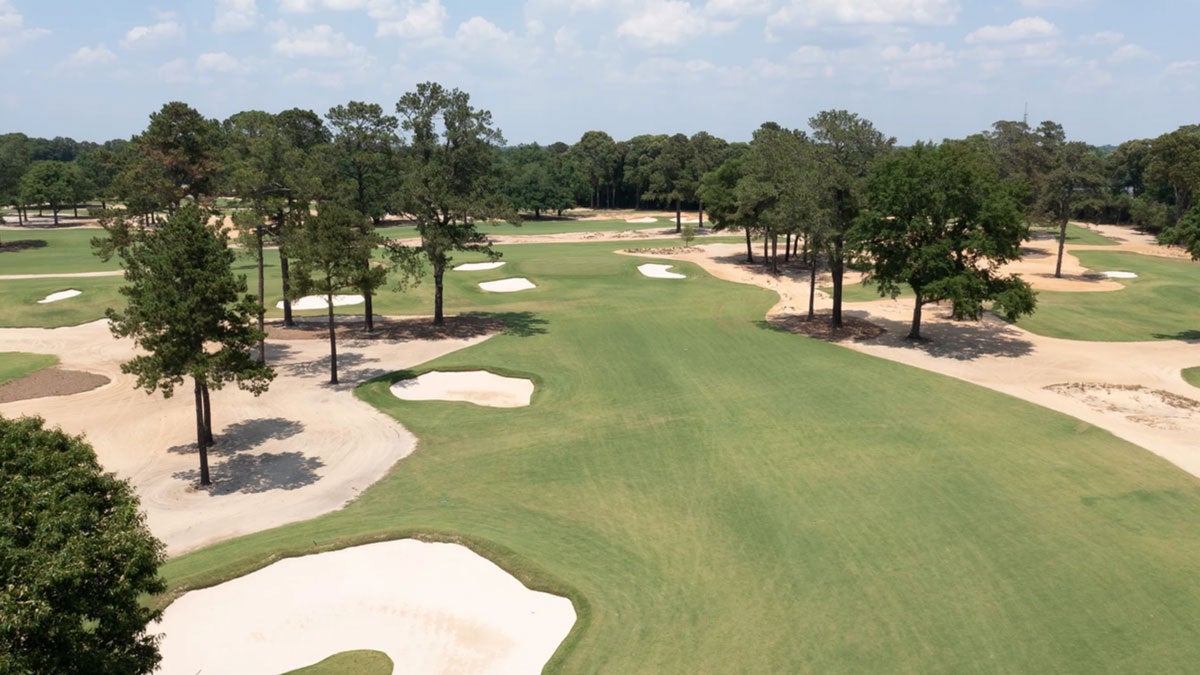 At Quixote Club, Thompson says he’s looking for a “50-50 split of national and local members.” Of the $18,500 initiation fee (a junior membership for people 35 and under is $7,500), $3,500 goes directly to the non-profit Quixote Foundation, which supports the charter school. Lockers can also be purchased, providing buyers with a nice amenity “and another great excuse to contribute,” Thompson says.

Last year, the club poured $1 million into improvements at Liberty charter’s building in south Sumter, and it has committed to fully funding the planned $6.5 million renovation of the entire campus. Next year, the school plans to increase enrollment, adding a second grade to its current kindergarten and first-grade classes. In 2023, a second campus will be completed, closer to the course, allowing for another enrollment increase. And so on, until the school has grown to serve K-12.

Thompson says his goal is to have the number-one ranked public-access school in South Carolina, supported by a Top 100 club. The way he sees it, whether that’s realistic is beside the point.

“The whole point of Quixote-ism is to tilt at windmills. You’ve got to dare to believe,” he says. “Even if it makes no sense, you keep doing it until it does.”