Portland to Pebble: Two friends, 800 miles, one hell of a golf trip 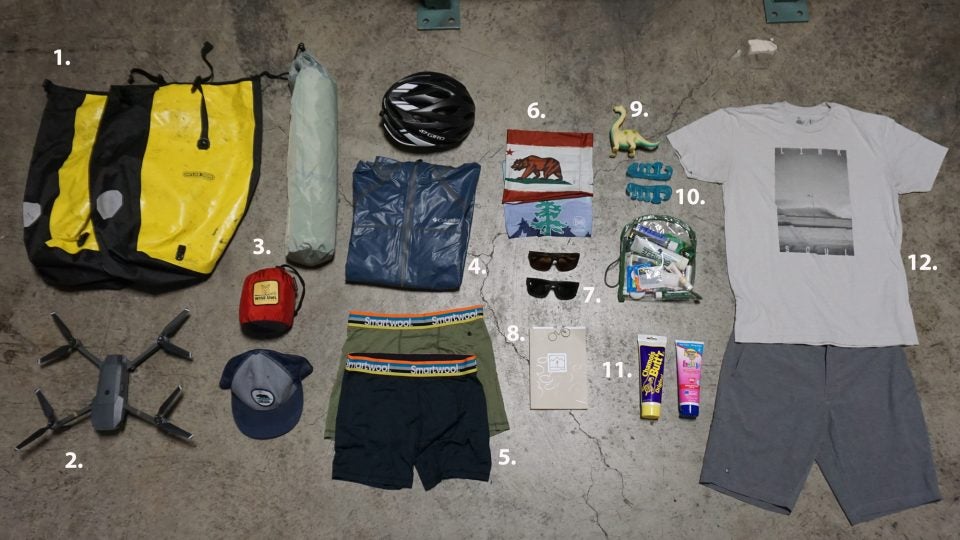 On Friday morning, Luke Davis and Pete Phipps, a pair of kindred spirits with a love of the game and a taste for adventure, set off on a journey that is sure to leave them satisfied but saddle sore.

Starting on the Pacific Coast, west of Portland, Ore., the duo are pedaling road bikes south on Highway 1, hauling golf clubs in trailers behind them. They’ll ride all day, camp out at night. Then they’ll do the same the next day, and the one after, repeating the routine for two weeks, until they get to the Monterey Peninsula.

On the downside, they’ll be dealing with mist and mosquitoes, and a diet made up mostly of peanuts and beef jerky.

On the upside, those clubs aren’t just for show.

They’ll be playing lots of golf along the way.

“I’ve driven the coast from Bandon to Pebble before so I knew how spectacular the countryside is,” says Phipps, 34. “This was an opportunity to link two interests of mine to a unique part of the world.”

Like a lot of long trips, this one was even longer in the making. A West Point grad who played golf for Army, served in Afghanistan and now runs Arrow Haircuts, a chain of barbershops in Raleigh, N.C., Phipps started cooking up the idea a few years back after flipping through a book called Bend to Baja, about a group of surfers on a West Coast road trip. Around that time, Davis, 28, a Class-A PGA professional who also lives in Raleigh, dropped by one of Phipps’ shops for a trim. The two men got to talking, and bonded over golf.

Phipps and Davis arrived in Portland on Wednesday. By sheer coincidence, that evening the new Patagonia store in town was airing the premiere of a film directed by Keith Malloy, one of the surfers on the Bend to Baja odyssey. Phipps introduced himself and explained how Malloy’s adventure had helped inspire his own. “Super poetic,” Davis says.

And so begins the bucket-list excursion for Phipps and Davis, and a vicarious adventure for the rest of us. Along with sleeping bags and a few changes of clothes, Davis and Phipps are also packing iPhones, cameras and a drone, the better to document the trip.

Here’s a peek inside Davis’s bag: Davis will be posting photos and video on his own website and under the hashtag #portlandtopebble. But GOLF.com will also be tracking the adventure, checking in periodically with Davis and Phipps and posting updates on their progress.