In the summer months, when the sun stays out and the grass grows long, Portland's munis become a golf haven.

What do you want from a golf course?

It’s Tuesday afternoon at 5 p.m. when I pull into the parking lot at Colwood Golf Center, a slice of muni nirvana in northeast Portland, Ore.

Want to hit balls? Grab a spot on the grass range. It’ll be the only tricky part of your stop at Colwood — finding an open stall. These days it always seems busy here, but this is the busiest time: the end of the workday, when the world’s problems can be solved with a bucket of balls and a reasonably priced beer. (There’s a food truck–inspired snack bar going in, too. Food trucks are way in.) Franz Ferdinand blares over the speakers. We’re in Portland, where indie rock is the default soundtrack.

It’s midsummer in the Pacific Northwest, which means the sun comes up early and stays out late, and the grass grows and grows all the while. The driving range is lush and thriving, and the golfers using it appear to be too. It’s a diverse group, representative of the neighborhood. Young people. Old people. In-between people. There are experienced golfers dialing it in and brand-new golfers working to get a little bit better.

“Colwood is incredibly rewarding because it represents everything we’re trying to do in the industry,” says general manager Randy Morrison, an earnest steward with a clear vision. “Create new golfers, inject new players into the game and help create its future.”

Want more focused reps? There’s a short-game area, plus just across the road there’s also the six-hole Alderwood Practice Course, which provides the atmosphere of on-course golf without the accompanying pressure. The First Tee sets up shop there sometimes. Colwood is home to every camp and clinic they can dream up.

Want to play nine? You can do that too. Colwood’s par-3 course has holes ranging from 75 to 200 yards, which means you can use every iron in your bag and still finish your round in 90 minutes or less.

In 2014, when the city bought Colwood — formerly an 18-hole privately owned public course — they handed the controls to management company KemperSports with a clear directive: Make a welcoming golf facility for new users and underserved communities. The vision followed: a lit driving range with covered stalls for the winter. A six-hole course you can play for 10 bucks. A nine-holer you can play for less than 20. A rack of free clubs. A banquet room, priced not for profit but as a community asset. Colwood’s whole is greater than the sum of its parts. Where else can you get a little bit of everything like this? Morrison shrugs.

“There aren’t really other places like it,” he says. He doesn’t need to say the quiet part out loud: There should be.

The fairways wind between protected wetlands—a constant reminder of the union between man and nature. 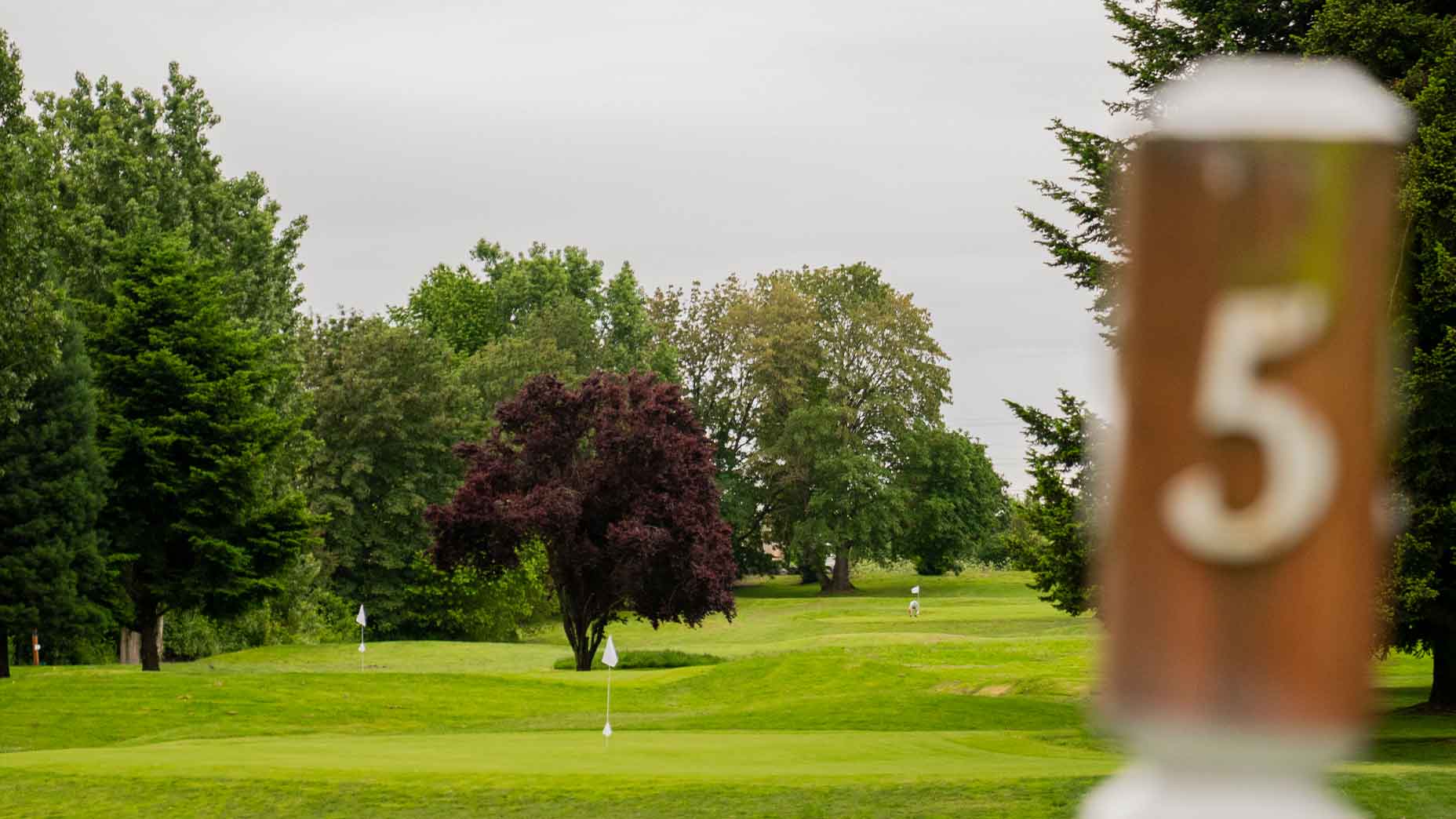 It made sense to put Kemper in control because Colwood’s perfect complement is just down the road. Heron Lakes, another Kemper-run property, is among the finest munis in the country, boasting two 18-holers designed by Robert Trent Jones II. The Greenback Course came first, a parkland paradise designed in 1972 that is populated with Portland pines and features large, elevated greens. It’s not overly long by today’s standards, so it’s accessible to beginners.

Then there’s Great Blue, a 1992 design that tips out at over 7,000 yards and plays as a pseudo-links, winding between hazards and fescue-style native grasses as players take aim at smaller, undulating greens. Both courses have hosted the U.S. Public Links — Greenback in 1979 and Great Blue in 2000.

After my warm-up at Colwood, I tee off for a twilight round on Great Blue, chasing daylight. It’s a fine place for a walk. The fairways wind between protected wetlands — a constant reminder of the union between man and nature and the playing fields that connect the two.

Every neighborhood should be so lucky.