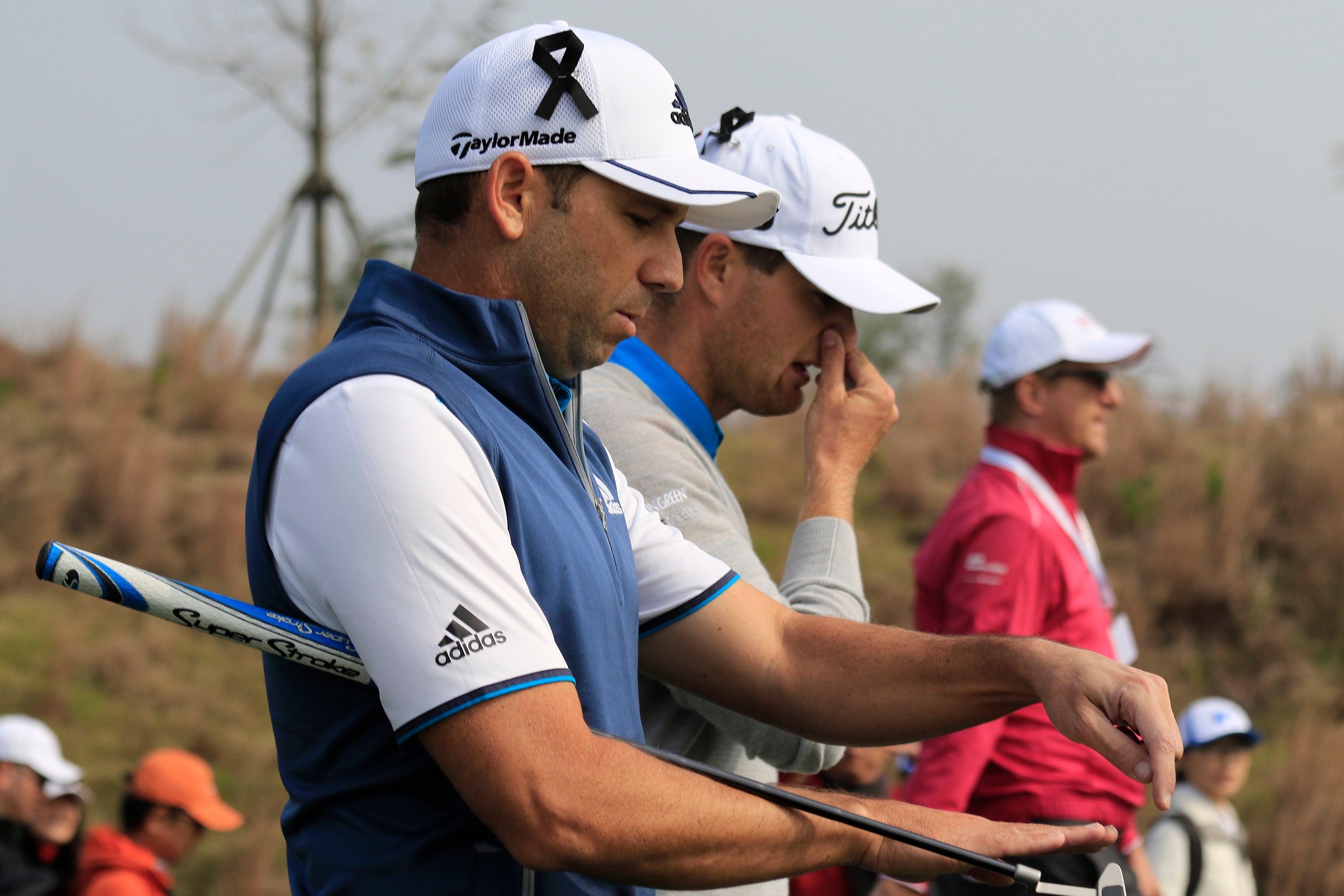 Sergio Garcia of Spain, left, and Lucas Bjerregaard of Denmark, center, both wearing a black ribbons on their hats to mourn for the victims killed in Friday's attacks in Paris, France, play on the 6th hole during the third round of the BMW Masters golf
AP Photo

SHANGHAI (AP) Play was halted on Sunday during the final round of the BMW Masters golf tournament in Shanghai to observe a moment of silence for the victims of Friday’s terrorist attacks in Paris.

At noon, tournament officials blew the horns on the course, normally used to halt play due to inclement weather, and all the players stopped momentarily, took off their hats and bowed their heads for a minute of silence.

Many players are also wearing black ribbons on their hats to remember the victims.

On Saturday, French golfer Benjamin Hebert posted a picture of himself on Twitter wearing a white hat and glove with the words ”Pray for Paris” written across them in black and a green shirt. His tweet read, ”Black for mourning, green for hope, white for peace.”

”You realize there’s so much things more important than golf, for sure,” Hebert said Sunday after carding a 70 to finish the tournament at 6-under 282. ”You wake up in the morning and you see that on Internet and TV and it’s just wow, it’s happened already this year, and you just don’t understand.

A minute’s silence was observed by everyone at the #BMWMasters in memory of the victims of the Paris attacks. https://t.co/eCCHxMF5B9