Pinehurst No 4 to Undergo Extreme Makeover by Gil Hanse 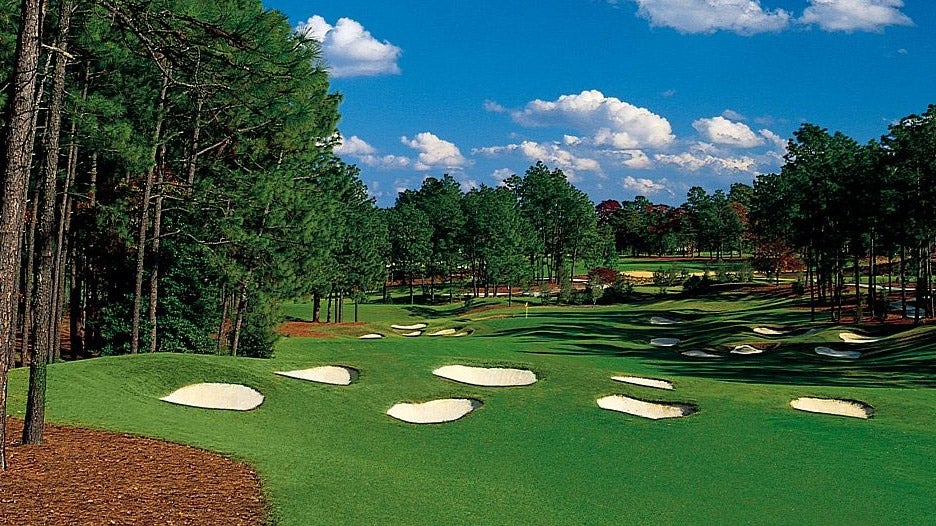 A look at the current No. 4 course at Pinehurst resort.
Courtesy of Pinehurst.com

Seemingly never content to sit still, Pinehurst Resort announced today that they’ve enlisted architect Gil Hanse to perform an extreme makeover for one of its marquee courses, the Tom Fazio-designed Number 4. So well-regarded is Fazio’s course that there is sure to be some serious head-scratching with this move, but leave it to the poohbahs at Pinehurst to move forward in big, bold steps.

According to a report at GolfAdvisor.com, the reasoning behind the action was very clear to Pinehurst owner Bob Dedman and Pinehurst President Tom Pashley. “The restoration of Pinehurst No. 2 was the game-changer,” said Pashley. “When it became what it is, we started looking at everything differently.”

Make no mistake — Hanse’s transformation of Pinehurst No. 4 is not a restoration. This is a course with the most checkered past of all of the Pinehurst Resort offerings. This crazy-quilt layout was originally the 1919 work of Donald Ross, but the course was abandoned after World War II. Peter Tufts, of the family who founded Pinehurst, resurrected the course, using his own design, which was then modified by Robert Trent Jones Sr. in 1973 and by Rees Jones in 1983. Finally, in 1999, Tom Fazio created an entirely new No. 4 course, yet one with retro appeal as it provided a modern homage to Donald Ross’ fabled Number 2, with its slippery convex putting surfaces falling away in all directions. Here’s our first look at Hanse’s changes:

So strong was Fazio’s effort at Number 4 that it has placed solidly as a member of many lists of the top 100 public-access courses in the U.S. and was often acknowledged as the second-best course in the Pinehurst Resort family. Fazio was philosophical about the news.

“Sometimes you need new ideas, new thoughts,” he told GolfAdvisor. “Gil is very talented. He’ll do a great job, and I’m sure people are going to love it.”

For his part, Hanse is cognizant that the specter of Number 2 will always loom large, but feels confident that the new Number 4 will stand on its own merits. He plans to eliminate formal cart paths, utilize more natural sand features and position tees and greens to where walkers will feel as at home here as they do aboard Number 2.

Hanse will also construct a 10-acre practice course, using parts of the Number 3 and 5 courses and some other available land. Expect work to get underway in the fall of 2017. And don’t expect Pinehurst to stand still anytime soon. With the recent opening of The Deuce for dining and drinking and this announcement about Hanse’s projects, venerable Pinehurst shows no signs of slowing down.